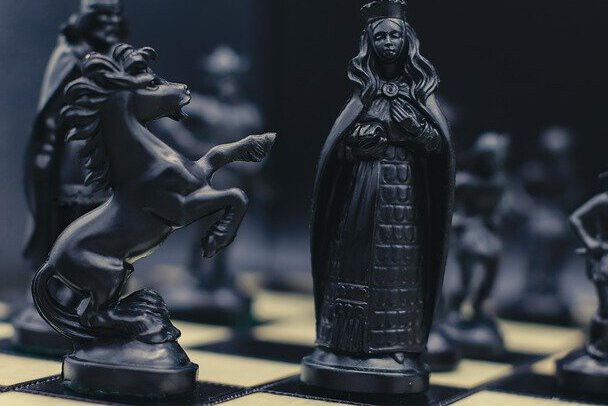 The paradox of equality is that, as greater gender equality is achieved, the innate traits at the biological level with the greatest evidence. For this reason, “in countries with less equality, such as Saudi Arabia, women are around 45% of computer science graduates. In contrast, in countries like Sweden they are less than 15%”.

this paradox [se ha constatado en 80 países](This relationship occurs in almost 80 countries.). In other words, betting on equality makes us more different. And now a new study confirms it, even, in preferences for chess.

The gender equality paradox refers to the puzzling finding that more gender-equal societies show greater gender differences in a variety of phenomena, most notably in the proportion of women earning degrees in science, technology, engineering, and mathematics. .

The present investigation demonstrates through two different measures of gender equality that this paradox extends to participation in chess, specifically that women participate more often in countries with less gender equality.

Together with Philosophy, which is also a field of knowledge where women are barely represented, chess also seems like a wasteland in that sense. For Leontxo Garcia, one of the greatest authorities in the dissemination of chess in Spain, continues to be an activity in which women hardly stand out.

Between 1900 and 1990, very few women are considered among the top 500 chess players in the world. In fact, only three are considered as such: Vera Menchik, Nona Gaprindashvili and Maia Chiburdanidze. One Russian and two Georgian. As he writes in his book Chess and science, mixed passions:

Today (Spring 2013), the top 10 of the women’s ranking are in the top 500 (although only Judit Polgar, 58th, is in the top 100; she was ranked 8th in 2004-2005). (…) It is not superfluous to remember that many women played chess in the Middle Ages. (…) It would be too simplistic to resolve the discussion by saying that the supposed mystery is nothing more than a reflection of the age-old discrimination of women in almost all the countries of the world, because the differences in chess are much greater than in other professional, artistic fields and scientists. On the other hand, an acceptable argument to start the debate is that the number of male players is much higher than the number of female players, approximately by 14 to 1 in 2013 (from 20 to 1 at the end of the 20th century, if we are guided by the inscriptions in the Federation International (FIDE).