The latest in solar energy: photovoltaic facades and colored plates 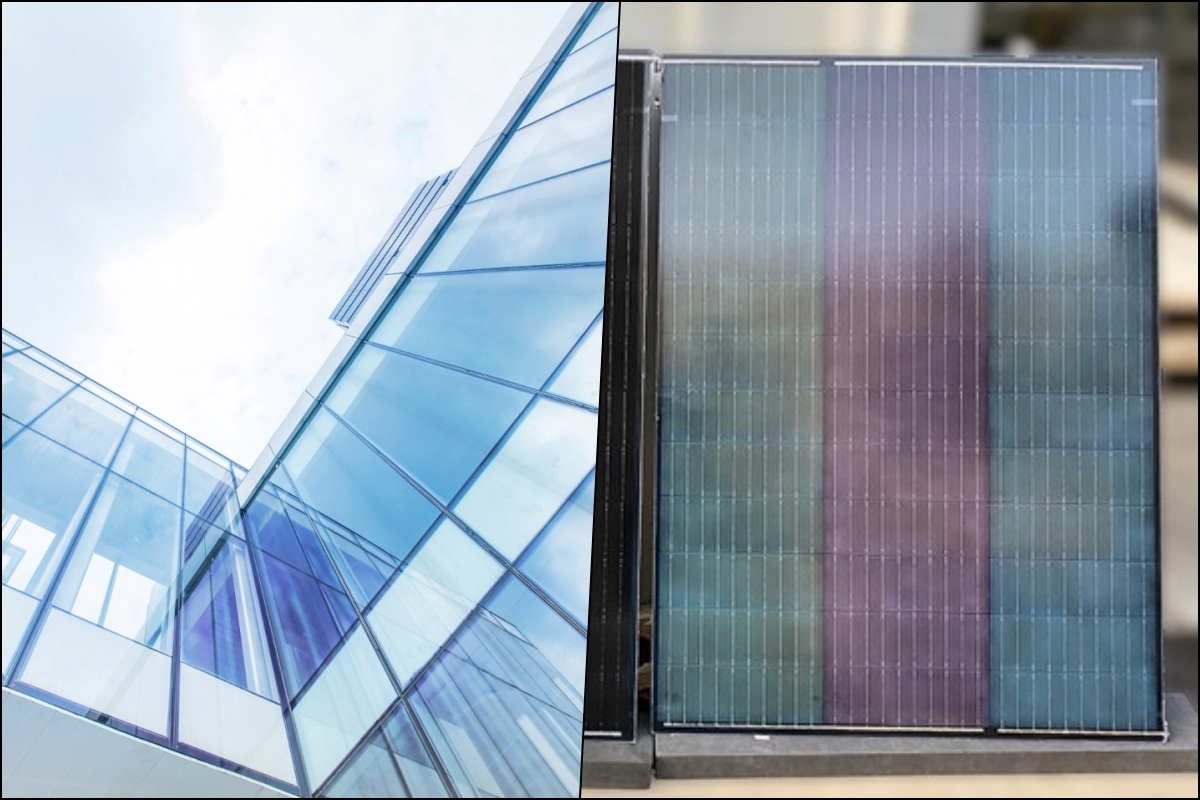 The technology associated with renewable energy is advancing rapidly. Something that can be observed in a particularly intense way in the field of solar energy. Today we bring you two examples of it.

Meet the energy needs of a eight-story office building It may seem impossible with solar energy, since the photovoltaic installation necessary for it is considerable and the space on the roof of the same would be limited.

But what if it were possible to turn the building’s façade into a large generator of renewable solar energy? This is what they want to do in Australia, specifically in a construction project to be carried out in the city of Melbourne.

Could you tell us that this already exists at the International School in Copenhagen, Denmark. And it is true, because said building incorporates photovoltaic panels on its façade. However, the project we want to talk to you about goes one step further.

The peculiarity of the Australian project is that the glazed solar facade will incorporate a total of 1182 solar panels integrated into it. That is, it will not be limited to carrying conventional solar panels on it.

“I had been researching glazing products that worked in Europe that incorporated photovoltaic cells within a glass façade screen that It didn’t look like the typical ugly solar panels you see on rooftops.”explained at the time of the presentation of the Pete Kennon project, founder of the company that bears his name.

“We started talking to a number of manufacturers and soon realized they weren’t present in Australia. We designed the facade of a building with the product and I presented the concept to the client », he expanded.

“We partnered with a local glass distributor, George Fethers & Co, and sent product executives from Germany to meet with us. We made a map of the solar performance of the different alterations of the façade to optimize the production of electricity»he continued, referring to the German company Avancis.

the system the solar façade will be capable of producing 142 kWp. In other words, much higher than the 3 to 6 kWp of a conventional installation for a single-family home.

Kennon states that this amount will allow to produce more electricity than the building needs and, in addition, will eliminate 70 tons of carbon dioxide emissions per year. 550 Spencer, the new building, is expected to be completed in mid-2023.

Read:  Kaj Lindström: "Rovanperä must be demanded in its fair measure"

The aesthetic diversity also reaches the solar panels of the photovoltaic installations, which for the moment are limited to offering plates finished in black or dark blue. This means that, in certain buildings, especially if they are protected, the installation of solar panels becomes an aesthetic inconvenience.

We have already told you about various solutions such as the solar roof or also solar tiles and tiles. But researchers from Shanghai Jiao Tong University are developing new colored solar panels that may help resolve this issue.

Providing solar panels with different colors may seem like a simple process, but the truth is that so far the studies carried out have revealed that the need for complicated manufacturing methods and, above all, a lower efficiency by solar cells.

Instead, the Chinese researchers’ new method includes a easy-to-apply bead-based coating that adds color to silicon solar cells while retaining more than 95% of their original efficiency.

Unlike colored dyes and pigments, which absorb certain colors of light and reflect the rest, the coating is based on the structural color created by microspheres a few hundred nanometers across.

Structural color, meanwhile, is made possible by uniformly sized nanoscale features that are what small enough to interact with and reflect specific wavelengths of light. Different sizes of microspheres reflect and produce different colors. And instead of absorbing the other colors of the spectrum, these structures let the rest of the light through.

Tao Ma, a photovoltaic researcher at Shanghai Jiao Tong University, who co-led the work, says that “With this technology, we do not absorb solar energy, we only reflect a small part”.

The way to apply the coating is to spray coated zinc sulfide microspheres onto commercial silicon cells. The tiny spheres self-assembled into a layer called photonic glass.which caused the solar cells to appear red, green, or blue, depending on the size of the microspheres.

The researchers also added multicolored patterns to the cells by simply placing templates on the panel before spraying them with different microbeads.