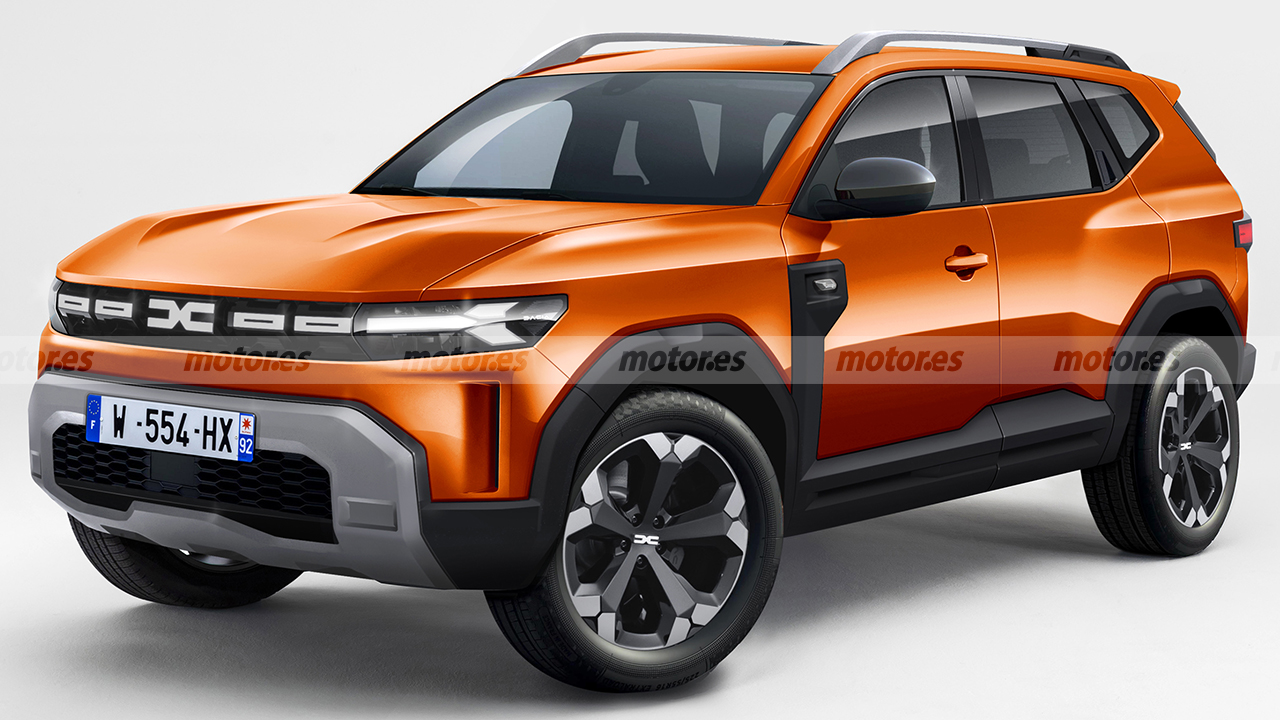 The new generation of the Dacia Duster will bring with it very important novelties. Some novelties that go through a great evolution of exterior design, a change of platform and the irremediable commitment to electrification. We advance the keys that will determine the design of the third generation of the Dacia SUV through some enlightening recreations.

As soon as the new Dacia Jogger consolidates its position in European dealerships, Dacia will be ready to tackle its next big project. Neither more nor less than the desired generational change of the Dacia Duster. It is true that the quintessential cheap SUV has recently undergone a set-up. However, it is a facelift. A mid-cycle update that will allow the current generation, the second, to face the rest of the commercial life that lies ahead.

The third generation Duster It is one of the launches established in the strategic plan that the Renault Group presented for the Dacia brand more than a year ago. A roadmap with which to materialize the process of internal revolution of the Mioveni company that, beyond “a simple” change of corporate image, includes updating the product offer and launching new models.

More modern, this will be the design of the new Dacia Duster 2024

Taking current information as a starting point, our designers have created the recreations that illustrate this article and that allow us to advance what will be the exterior design of the new Dacia Duster 2024. The Romanian SUV will look more modern and, logically, will be adapted to Dacia’s new corporate image. It will adopt the company’s new design language and logo.

On the front of the third generation Duster we will find ourselves before an evolution of the grille used by the current model. In it will be the new insignia formed by the letters “D” and “C”. To this must be added some more stylized optical groups and in which LED technology will continue to be used for, for example, daytime lighting. The angular shapes and expressive lines of the bonnet will give the Duster more character.

The rear will also present new features with new drivers at the helm. They will be enveloping and the light signature will draw a letter “Y” in a horizontal position. The roof spoiler will be combined with a more aerodynamic bumper to improve efficiency. Most of these aesthetic features have been advanced by the brand itself through the Dacia Bigster Concept, a conceptual model presented in January 2021 and which lays the foundations for Dacia’s first 7-seater SUV. Moreover, there are even certain reports that “the Duster 3 will be a five-seater Bigster».

In the technical section we will be facing a totally new vehicle. The arrival on the scene of the new generation of the Duster will mean the consummation of the transition from the Dacia range to the CMF-B platform. At the moment, and aside from the Lodgy that is out, the Duster is the only model that is supported by the old B0 + architecture.

Using the new platform will allow Dacia to meet its goal of electrifying the Duster. And this allows us to link with the mechanical section. Diesel will be a thing of the past and will no longer be available. The new Duster will bet everything on gasoline and electrification. One of the available engines will be a block of 1.2 liters TCe electrified with light hybrid technology (MHEV).

Dacia is also contemplating the possibility of developing a plug-in hybrid variant (PHEV). Now, everything will depend on the cost of the technology. In addition, we must not rule out the possibility that the ECO-G engine adapted to the use of LPG (Liquefied Petroleum Gas) will continue to be available. The front-wheel drive will be the protagonist but there will still be versions with a 4×4 drive configuration.

When will it hit the market? The assault of the new Duster, known internally with the code P1310, to European dealers, is set for the year 2024. It is not ruled out that it will be introduced at the end of 2023. However, it is too early to venture a specific date.

The 5 sports cars that marked the 90s