Bullfrag
Home Uncategorized The future of the PC would come from motherboards: soldered NVMe SSDs 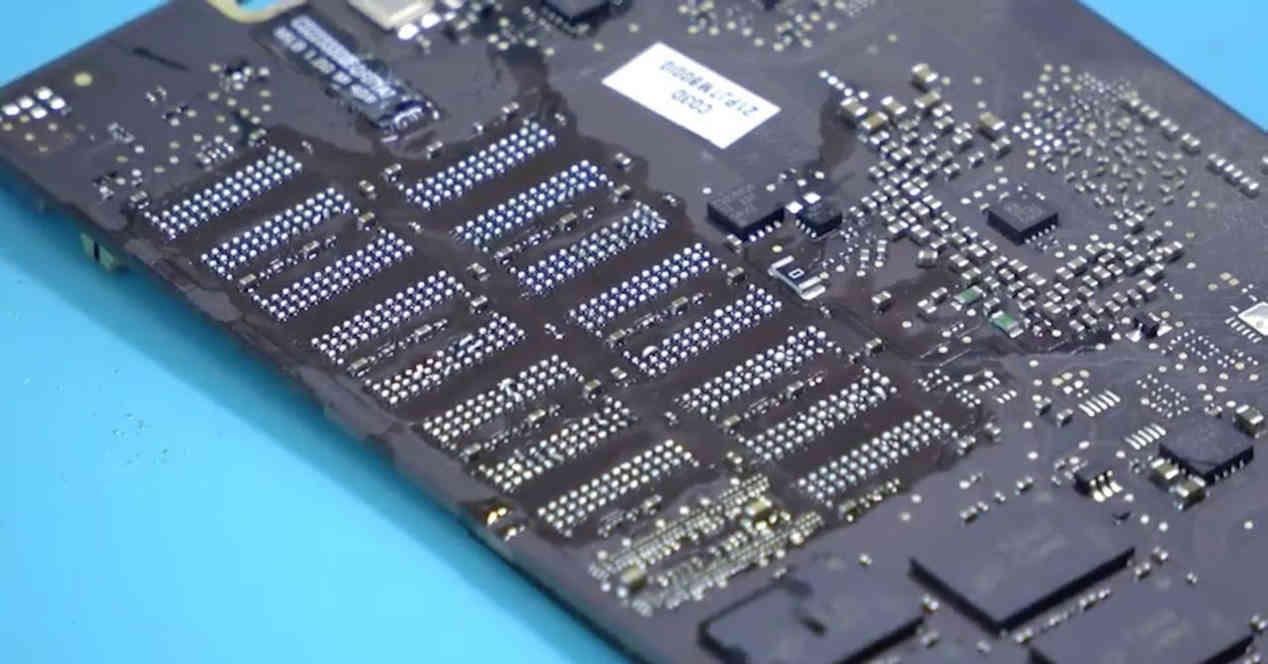 If you have been able to see the exploded views of the PlayStation 5 video game console, you will have noticed that both the flash controller and the NVMe chips that accompany it are soldered to the same PCB as the console’s APU and the RAM memory. This makes us wonder if it is possible that in the future we will see this phenomenon in consumer personal computers. We cannot forget that we have already seen it in the case of RAM, where LPDDRs have not been designed to go in DIMM modules and therefore are soldered directly on the motherboard of very low consumption laptops.

So the possibility exists if we talk about NAND Flash memory in our future PCs, let’s now see the potential scenario.

So far there has been no computer model that falls under these specifications, especially from the fact that it would turn out to be shot at his own foot. The reason? Not all NVMe chips have the same lifespan and no one would like to see the information on their PC suddenly be lost due to the fact that the SSD has reached the end of its usage time.

But from the logic of removing the olive on the plane it is possible that some other manufacturer applies it, and especially gaming laptops. Since there is the possibility that they will be tempted to save a few dollars per computer built, and therefore they can be converted into large amounts of money if we speak in volumes of considerable size.

What is more than clear is that it will reach the point that as happened with the RAM memory at the end we will see the controller in charge of communication with the NVMe SSD inside the processors. And this is more plausible if we talk about new technologies such as the CXL that will be deployed in the following years.

READ:  Intel CPUs for laptops will have a GPU like the NVIDIA RTX

The potential end of M.2 modules?

Apart from the situation of the SSD soldered to the board, there is another scenario that we have to take into account and that is the NV-DIMM-P modules that combine DDR4 or DDR5 memory with NAND Flash storage inside. It is a standard that is already being taken into account by companies like AMD and is based on moving part of the circuitry of an M.2 unit to the processor and storage in the PC’s RAM. So the possibility of seeing gaming laptops with the soldered-on-board SSD becomes much more plausible in the future.

How will the situation develop? Only time will tell, but the integration of the flash controller hardware is not something we should see very far. If we add to this that the manufacturers and distributors of M.2 units are the same as those that manufacture RAM memory, then the future situation is much clearer.

All this is still several years away, but these changes may mean that M.2 modules disappear from the market to be replaced by DIMMs or SO-DIMMs that allow expanding RAM, storage, or both at the same time. In any case, this does not mean that these types of expansion cards will go the way of the dodo, as there will continue to be demand from many users to expand the storage of their PCs.

Is the average user willing to leave their data on the motherboard? In that case, when it comes to selling or throwing it away, you will need external storage, be it a SATA 6 Gb / s SSD, a HDD or a high-capacity USB stick. We will see…

What do the terms CC and Bcc mean in Outlook? – Hidden Emails