Bullfrag
Home Entertainment The Flash # 123: the origin of the DC Multiverse 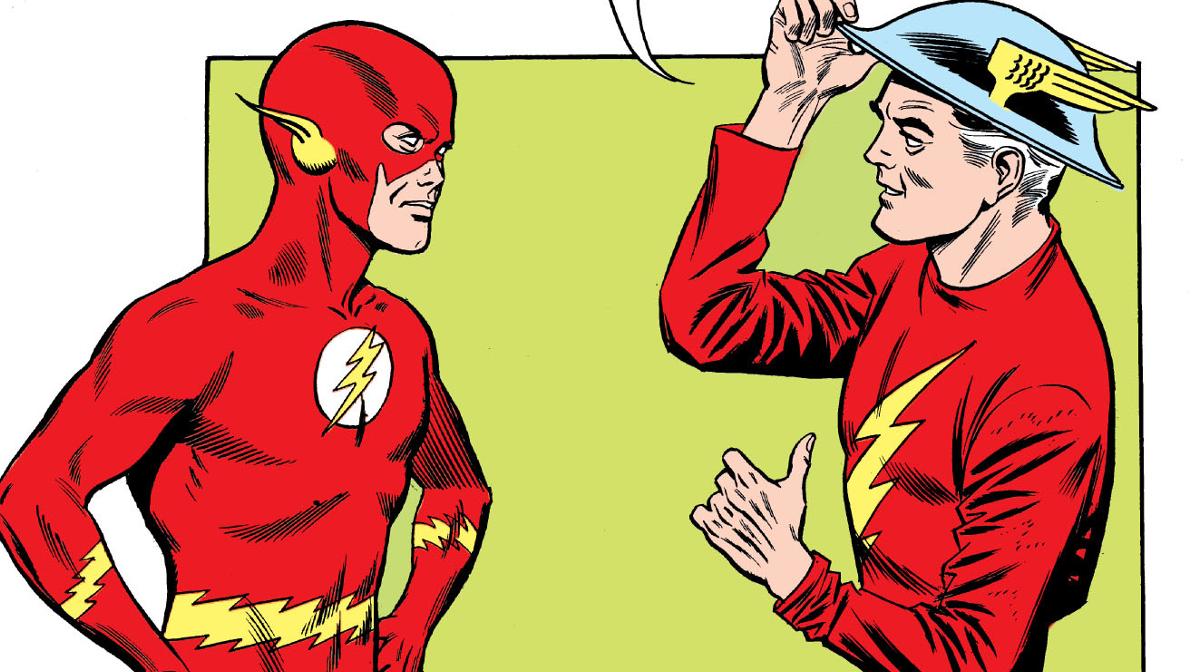 Facebook
Twitter
Pinterest
WhatsApp
Index hide
1 This is the origin of one of the most attractive concepts in the history of comics: the DC Multiverse, first imagined in # 123 of The Flash.
1.1 The origin of the DC Multiverse: what happens in number 123 of The Flash?
1.2 The importance of # 123 from The Flash
1.3 Discover Flash Data from SMASH and DC Comics
1.3.1 Also being read:

This is the origin of one of the most attractive concepts in the history of comics: the DC Multiverse, first imagined in # 123 of The Flash.

September 1961. Magazine shelves featured the number 123 of The Flash, the famous DC Comics character who had conquered comic book lovers since his appearance 21 years ago. However, that was not an ordinary installment, on the contrary, over time it would become one of the milestones in the world of comics for raising the origin of an attractive concept that today, 60 years later, continues to amaze everyone: the DC multiverse.

But what is special about this edition that cost 10 cents and that did not miss an opportunity to present the “Flash of two worlds” on its cover? Why this comic that announced “a spectacular story that will surely become a classic” became the start of one of the great proposals of the publisher of Batman and Superman?

The origin of the DC Multiverse: what happens in number 123 of The Flash?

Written by Gardner Fox, The Flash # 123 seemed to tell a typical story in the comics. Barry Allen, the coroner who can run at superhuman speeds after suffering an accident in his laboratory, is late for an appointment at the Central City Social Center. To make amends for his irresponsibility, he offers to save the day for his hostess (and love interest) Iris West doing him an unusual favor: introducing himself as the Flash to entertain a group of orphans.

Also read: Unlocking the History of the DC Multiverse

After climbing a rope at full speed, Allen disappears from the center stage. “What happened to the Scarlet Corridor? Making his body vibrate and turning the rope at super speed, he disappeared from sight, but… Where did he go ”, the comic reads. Illustrations of Carmine Infantino They show us the whereabouts of the speedy hero, a city known only to be the home of a legend: Jay garrick, the first Flash.

With that premise, in which Allen and Garrick join forces to save the world from Flash of the Golden Age, the 1961 issue presented the existence of a parallel universe where the lives of heroes are reflected in other people, with other stories and perhaps other intentions. Upon entering Keystone City, one of the cities of Earth-Two as he would later be known, the red speedster laid the foundation for the origin of the DC Multiverse.

The importance of # 123 from The Flash

Although, number 123 of The Flash only presented the meeting between the two most popular Flash to date, the crossing of the worlds of Barry Allen and Jay Garrick established one of the keys to the possible meeting between other heroes or other versions of the same character. In the comic, Earth-One and Earth-Two are located in the same space, but they have different frequencies of vibration. If a character – as was the case with Allen – managed to synchronize his body to the vibration of the parallel universe, he could enter it.

Read:  Shang-Chi shines in combat in new clip of Shang-Chi and the Legend of the Ten Rings

A couple of years later, the concept of Alternative Lands was exploited in issue 21 of Justice League of America where the Silver Age Justice League met with the Golden Age Justice Society. The rest is history. The comics were opened to a stage full of universes where their favorite heroes could meet and coexist; Bring your powers and save your world and that of others. The possibilities, as well as the universes, were endless.

Also read: The encounters that revolutionized the history of DC Comics

The relevance of # 123 of The Flash is such that it was recently adapted into one of the episodes of the second season of the television series starring the Scarlet Corridor. It has also been the inspiration for the covers of multiple comic strips, and in 2004, one of the few original copies in existence of the first print run of the issue was sold for nearly $ 84,000 at auction. Not bad for something that started as one more installment on newsstands 60 years ago.

Have you ever wondered: what is at the bottom of the sea? Why is polar ice melting? What tools does a team of criminalists use to solve a crime?

Well, look no further! Everyone’s favorite Scarlet Racer is here to answer all of your burning questions! Barry Allen, with the help of some of his close friends, will take readers on an exciting journey that examines everything from the vast expanse of our galaxy to the smallest living organism known to man.

Edited by award-winning actress, author, and doctor Mayim Bialik, this book features stories created by a multi-star cast of writers and illustrators. This anthology follows next-generation scientific standards and provides a helpful link between the lessons taught in the classroom and our daily lives.

Are there parallel universes?

The Flash: possible cameos we’d love to see on the big screen

This is what the new Flash costume looks like

Tips to ease changes during menopause