The festival of the Three Kings of Tizimín, Yucatán is coming 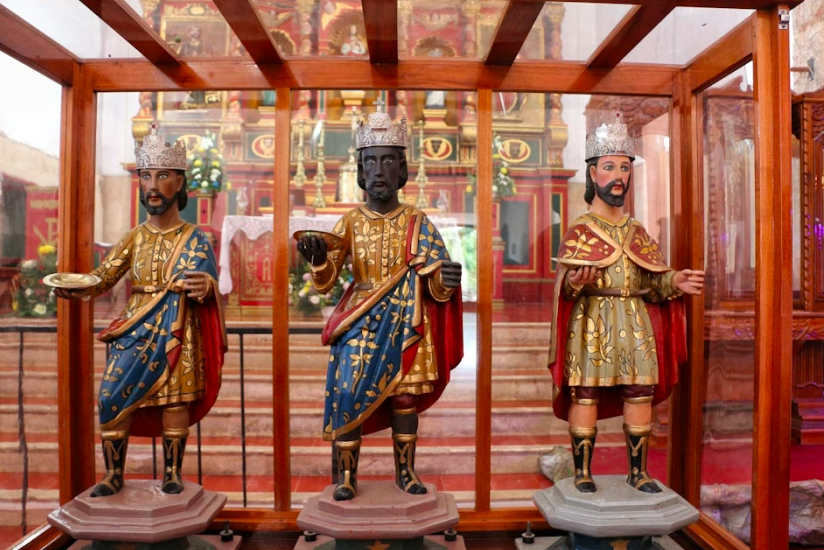 Yucatan is one of the states of Mexico with the most cultural and natural wealth. Of course, Christmas could not be the exception, being celebrated with the unique color of this southeastern state. This is the case of the celebration of the Three Wise Men in Tizimínone of the oldest municipalities in Yucatan.

Despite European influence, Tizimín’s pre-Hispanic Mayan legacy remains alive. Its own name comes from the Mayan words “Tzimín”, which means tapir, and “Káh,” which means place, that is, “Place of the tapir”.

Currently, Tizimín is a vast place of syncretic traditions and festivals, including the one that celebrates the Three Wise Men. This is because T.izimín is the owner of the second most visited sanctuary in the world, dedicated to the Three Holy Kings, only after the Cologne Cathedral in Germany. The region was evangelized by the Franciscan friars in the 16th century, who a century later promoted the construction of the temple dedicated to the Three Wise Men.

In the enclosure they venerate Melchor, Gaspar and Baltazar, who have been represented in images carved in cedar wood and decorated with colored paint and gold leaf. There are a large number of legends around these icons, however, the most impressive is that of their arrival in the municipality.

The legend of the Three Wise Men of Tizimín

It is said that, in those times, there was a group of travelers enthusiastic about visiting Tizimín, however, most people shunned making the trip due to the complications it represented.

One day a group of intrepid travelers embarked. As the days passed, people thought that the travelers had died at sea. However, a few days later the ship returned without a human crew. The surprising thing is that on it there were three imposing wooden figures.

Read:  Elon Musk under investigation: more than 1,500 animals died in tests of his company, Neuralink

Immediately, the residents prepared to load them, but they were too heavy. There was something supernatural that impacted those present, regardless of the position in which they found themselves, the gaze of the Magi was directed towards the town of Tizimín. Therefore, the residents decided to take them to that region. Legend has it that as the sculptures got closer to Tizimín, they weighed much less, so they decided to leave them there.

With the passage of time, the three Wise Men of Tizimín occupied great relevance within the cultural and religious life of the town, assigning January 6 as the date on which the entire town celebrates and once again welcomes travelers with their arms open.

Important dates in Tizimín to celebrate the kings

The festival of the Three Wise Men of Tizimín begins on August 28 with the descent of the sculptures. Once at the height of the floor, they will begin to receive the visit of the parishioners that make up the guilds and brotherhoods, being the first to pass those belonging to the first guild in the state.

Subsequently, the festival and fair of the Three Kings of Tizimín, Yucatán, will be concluded. Of course, the parallel events are full of music, color and the rich gastronomy of the region. Do not miss visiting this traditional festival! In addition to Mayan and European elements, it has a strong influence of Cuban and French culture due to its geography and history.