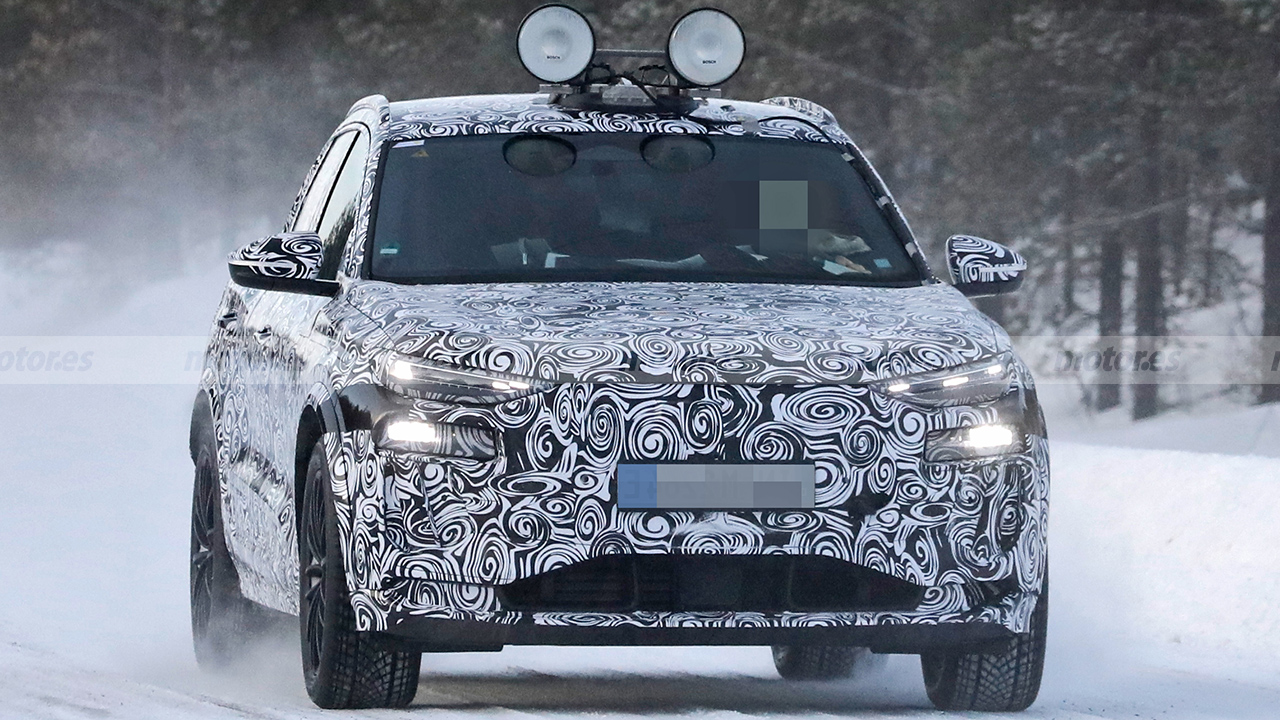 The development process for the new Audi Q6 e-tron continues in Northern Europe. Audi’s new electric SUV has been photographed carrying out the important winter tests. The loss of camouflage has exposed new elements of the exterior design.

Audi has stepped up the accelerator of the development process of its new and long-awaited 100% electric SUV. The SUV family of the brand with the four rings will soon welcome a model that is called to play a leading role in this particular electrification process. The Audi Q6 etron It is just around the corner. In recent months, the number of sightings has increased significantly, which shows that development is progressing rapidly.

At the moment the firm from Ingolstadt is in northern Europe carrying out the very important winter tests. Audi, like many other car brands, are in the Scandinavian region putting the limits of the vehicles that will be available in the dealerships of the Old Continent in the short term. Once again, the new Q6 e-tron has been photographed facing snow, ice and, ultimately, low temperatures.

The great news regarding the latest sightings that have occurred is that the exterior design of the new Q6 e-tron has begun its particular uncovering. Despite all the camouflage that continues to cover most of the vehicle, there are several components that we must pay special attention to. And it is neither more nor less than the front and rear light clusters.

Read:  Hunted! - In detail the Audi A3 Cityhopper, the compact "crossover" with Allroad philosophy

In the specific case of the headlights, divided optical groups can be seen (if the camouflage is not deceiving) in which the upper part has a sharp and slightly enveloping shape. LED technology is the protagonist. And regarding the rear lights, there is a breakthrough. These hunted prototypes already have the definitive pilots that will mount the production units that will arrive at the dealers.

The exterior will present a modern as well as elegant image, as we anticipate in this recreation of the new Q6 e-tron. A model that, let us remember, will be positioned halfway between the current Audi Q5 and Audi Q7. Although its exterior dimensions will be closer to those of the Q5, the space available in the passenger compartment will be typical of a higher segment approaching the designated Q7.

The autonomy of the new Audi Q6 e-tron

Regarding the propulsion system, current information indicates that the range will be made up of two battery sizes, reaching 100 kWh in the one with the highest net capacity. Total power will be around 500 hp while the autonomy, in the best case, will reach 700 kilometers with a single charge. There will be versions with quattro drive.

When will it hit the market? The coming-out of the new Q6 e-tron is set for sometime in the second half of this year. Therefore, its commercial launch and arrival at dealerships will not take place until 2023.