Bullfrag
Home Update the candy from the 70s, cherry flavor, which is still sold in... 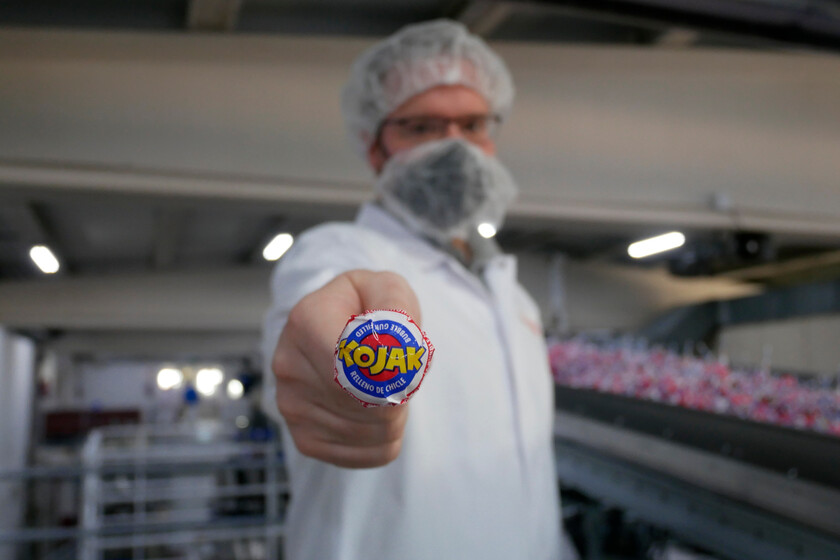 Today few remember Telly savalas, the American actor famous for playing the policeman Theo Kojak in the television series of the same name. However, few Spaniards are unfamiliar with the legendary Kojak candy, which has been triumphing in candy kiosks for almost half a century.

The invention, of the Fiesta company, has been manufactured throughout its life in the company’s plant in Alcala de Henarés (Madrid), inaugurated in 1965. There the word “lollipops”, although it has been collected for decades in the RAE dictionary, is banned, since it comes from a trademark registered by the competition. They like it more “Lollipop”, which is also in the dictionary, but is a Fiesta brand, born from mixing the word “palette” –as lollipops were known in Latin America– and “pirulí”, a typical Cuban sweet.

The Kojak is, they insist, a “Lollipop”. The first gum filling, thanks to a technology that, almost 50 years after its invention, is still unique in the world. It is impossible to take photos or videos of the specific mechanism by which the candy is filled. It is a state secret.

“The patent has expired and they have tried to copy us, but nobody has succeeded ”, explains our host, the head of digital marketing Jonathan González. “The experience of how you get to the gum is incopiable.”

Since 2015, Fiesta belongs to the multinational Colombina, a huge Colombian food company specialized in all kinds of sugar derivatives, which has a turnover of 700 million dollars a year. Colombina is present in 70 countries and manages 800 referencesBut it was no stranger to the power of the brands it had just acquired. Fiesta recovered since the purchase, when it was in bankruptcy, and has not stopped growing since then

In a world in which there is increasing awareness of the dangers of excessive sugar consumption, it is surprising to discover that the hard candy category moves 300 million euros per year in Spain in the retail trade. And it is growing. “The TV does not represent the general opinion of the street,” ditch the head of marketing partying.

Mythical candies like Kojak continue to enjoy iron health. As González explains, specifically the sales of “candy with sticks filled with gum” grow at a rate of 8% per year, and 90% of that growth belongs to the Kojaks. There are, and have been, many flavors: cola, watermelon, strawberry and cream … Also “without sugar”. But the classic, that of Cherry, is still Fiesta’s best seller, above its also mythical lollipops, the Lolipop or the Fresquito.

We are before a prodigy of marketing, a field that the founder of Fiesta, the Puerto Rican Juan Eugenio Mayoral Renovales.

Read:  5 Smart TVs on sale that are worth this Black Friday 2021

It was a supplier from the United Kingdom who notified Mayoral that in the country the Kojak crime series, which had caused a sensation for its sordid surroundings and a use of violence to which they were little used at the time. The protagonist spent the day with a “lollipop” in his mouth.

Mayoral bought Kojak’s license even before the series premiered in Spain: that way he was able to get the candy out just when it started airing, in May 1975.

After the launch, Fiesta hired a double from Telly savalas with which a series of advertisements was made in which he came out sucking on the new gum-filled candy. The company has tried by all means to locate the spot, of which all copies have disappeared. Today we only know him by those who remember him and through stills. 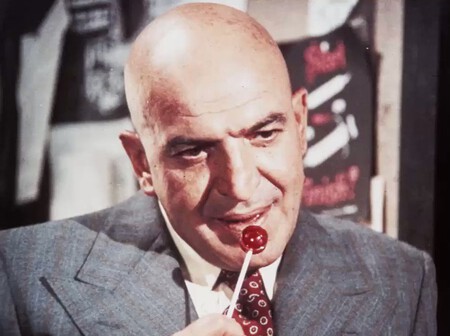 A laboratory of new flavors

Every year Fiesta releases around 20 new products, most of them new flavors of their legendary candies. The last Kojak, destined for the public gamer, is from guarana, a flavor that has become fashionable due to energy drinks. There are chilly spicy or that paint your tongue. And, in recent years, the company has pulled scones and flash ice cream, to cover the most typical consumption of Christmas and summer, when hard candies are sold less.

The company, explains Gónzalez, has an R&D department that works together with that of marketing to investigate new developments: “There flavors, colors, shapes, textures are tested … Everything. And that’s where the new releases come from. From marketing a concept is launched for respond to market trends, with consumer studies, and that is worked with R&D ”.

In the world of candy, the most important thing is to find good scents, like the Fiesta cherry, the source of so many joys for the company, which is one of its best kept secrets.

Could it have been the strawberry Kojak? It is not known for sure why it was chosen to make both the lollipops and the cherry-flavored Kojak, but González believes that it has to do with a certainty. question of fashions.

“At that time the cherry would be a trend,” he explains. “The theme of flavors goes by fashions. Is pure marketing. Also the colors and textures. The marketing That is, responding to consumer needs with a product adapted to what you are looking for. We have a lot of work ”.

Most Anticipated Sequels And Continuations Of Videogames This 2022

Free download Gods Will Fall for PC for a limited time