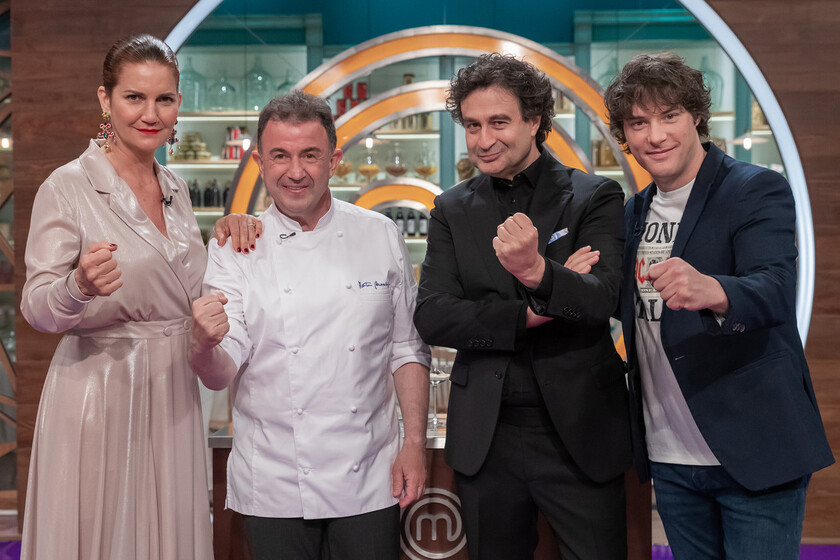 The mediatic Martin Berasategui, great multi-star chef and frequent visitor to television shows such as MasterChef, has made his famous’club‘in all an emblem of his cuisine and personality. Such is the popularity of the term that the Royal Academy has just included a new meaning of it in the Historical Dictionary of the Spanish language, thus recognizing the positive meaning that the Donostiarra cook identifies as an expression of encouragement.

Club, from French garrot, appears in the dictionary of the RAE with numerous meanings, all derived from the initial:

Thick and strong stick that can be handled like a cane.

Your identification as instrument of torture and the execution of those sentenced to death (vile garrote), more expressions such as ‘vino de garrote’ or ‘dar garrote’ (associated with thieves), linked the term to negative meanings, but Berasategui has managed to make us forget that dark past to make it in symbol of effort.

Thus, the Historical Dictionary now includes the meaning of «Effort, enthusiasm and perseverance with which something is done», and for this it is based on the first registered source that documents it as such, a 2009 interview published in the Diario Vasco. “As can be deduced from these interviews, M. Berasategui began to use this homonym of club from the 80s of the 20th century, although it does not seem to be registered in the texts until the 21st century,” the Academy points out.

The chef himself has echoed the news in his networks, acknowledging that it is his “favorite expression of spirit”, “the stick that I promised my late mother and aunt the day I took over in the kitchen. “

Both the word and the gesture of the fist in the air They are already a symbol of Berasategui, of his cuisine and his way of understanding gastronomy, work and his collaborations with other chefs and colleagues, such as his friend David de Jorge. Such is the media power of the expression that has even inspired the magazine ‘Garrote Digital’, a young medium that only shares positive news from Navarra, and whose authors call themselves garroteros.

On the website of the medium, Berasategui himself clarifies what the authentic ‘garrote’ is for him:

“Garrote for me is a super positive word, which has nothing to do with the misunderstood garrote. It is what there is in this country, which is strength, courage, desire to improve, nonconformity. We are a country that does not have to be afraid, or lazy, or ashamed, and that is a stick. Enjoy second by second what happens in life ”.

All the free digital courses for doctors offered by the IMSS

Renew the living room or bedroom with these curtains and net curtains (on sale) from El Corte Inglés, Maisons du Monde and La Redoute