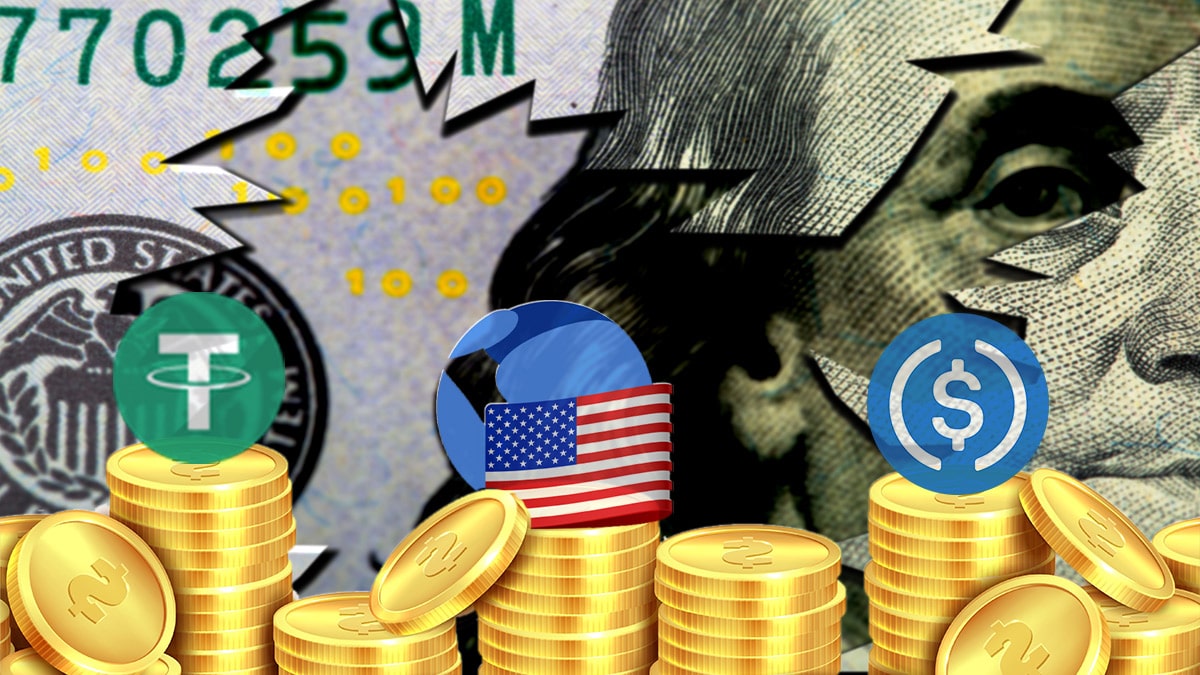 What is happening with the disparity of Terra USD (UST), a stablecoin whose operating logic establishes that there are no major variations, is an opportunity to remember and remember that this type of scenario has occurred in the past.

CryptoRank, a portal specialized in collecting data from the markets in the Bitcoin ecosystem and cryptocurrencies, public recently a ranking of the different stablecoins that have lost their parity over timewith Terra USD and USDT (Tether) being the most notorious.

In the case of USDT, this has suffered considerable ups and downs in its parity. The first, and the most remarkable, occurred in March 2015, the year of its launch, in which this saw a reduction of up to 40%, trading on USD 0.57. Subsequently, as we have reported in this medium, it has had small reductions, considering the last one, which has reached USD 0.90.

In this case, as the graph above shows, it seems that the reductions are quite natural. Within the top 3 of stablecoins, a 10% reduction is between what is considered normal. This, of course, taking into account that these (USDT, USDC and BUSD) specifically use an endorsement in fiat (securities, assets, cash, among others), otherwise UST which has an algorithmic backing, and which, according to the founder of Terra, Do Kwon, is planning to move UST to a collateralized backing.

How a stablecoin loses parity

Stablecoins are cryptocurrencies that, for example, mint their value to a fiat currency. Within the world of so-called stable currencies, as we have analyzed in CriptoNoticias, there are three types of support: fiat, collateral and algorithmic.

In the case of fiat, coins are issued according to the support that is deposited, example: if you have 1 million dollars deposited, 1 million USDT is issued, this in theory. For collaterals, the issuance depends on the securities that are given as collateral. DAI, is an example of this, whose value depends on the collateral in ETH, BAT, USDC or even WBTC, a token with parity with BTC.

The last of this type of endorsements is the algorithmic one, whose value is established through different systems. In the case of UST, parity is established by burning LUNA, a native token of Terra, the network in which UST lives. If there is over demand for UST, LUNA is burned to issue UST. In the event of an oversupply, UST is burned to issue LUNA, thus maintaining parity. This translates to UST having no collateral or backing.

However, reductions in parities can depend on many factors. One of the main ones is the confidence that you have about a currency. For example, in the case of USDT, Bitfinex, the exchange that supports this stablecoin, was involved in a series of controversies that made users doubt their support and began to liquidate their positions in USDT.

Another case is found in DAI that, by having collateral backing such as ETH, a drastic reduction in the price of ETH that occurred in 2019, caused DAI to lose its anchor.

In the case of UST, the loss of parity is still under analysis. Do Kwon himself, co-founder of Terra USD, has recognized which is due to a failure in the anchoring system. Like USDT, Terra USD has experienced a loss of confidence on the part of the community, thus creating a precipitous drop in its price.