Bullfrag
Home Update take advantage of its natural juice to achieve an intense flavor and... 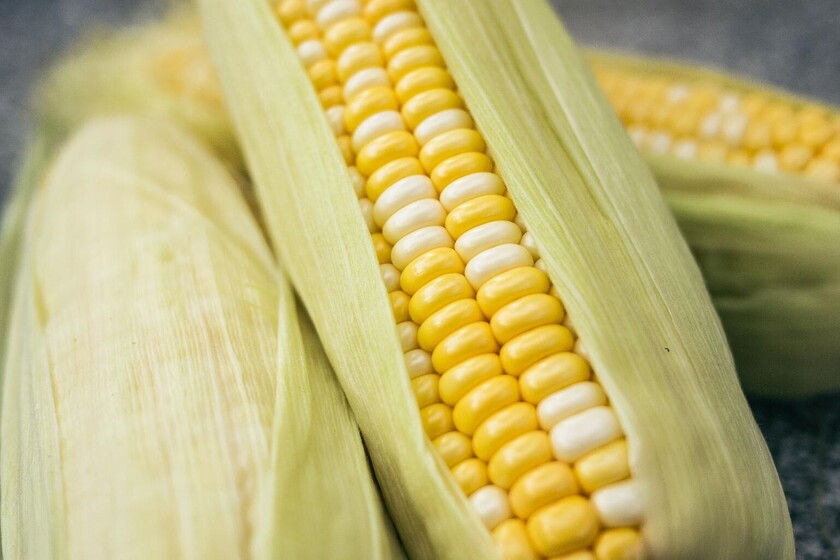 If you are one of those who do not hesitate to enjoy that delicacy that is fresh corn cooked on the grill, in the oven or on the grill, you will probably be a bit sorry to discard the main body of the cob, once stripped of its grains. But if you just throw them away you will be wasting an exquisite product, milky juices that still remain in the trunk.

We know very well that a vegetable cannot be milked because has no udders, but it is a term that is also used in our language referring to picking the olive, and it is a well-known popular expression. English speakers are less fussy when it comes to using to milk in relation to other foods, and there is no word that better defines the action we want to explain.

It is simply a matter of extracting a viscous, whitish and sweetish liquid that emerges from the cob, once the ripe kernels have been separated. The emptied ear preserves a watery pulp or juice that also contains the cereal grains themselves. In fact, we speak of “milk line” to determine the liquid content of the grain according to its degree of maturity, and of milky or hard grains. The more mature, the drier.

That “milk” or corn juice is a substance that concentrates a intense flavor fresh, aromatic and sweet corn, which would be a shame to waste. In addition, it is rich in starchesIt is not for nothing that the popular cornstarch and similar thickeners are obtained from this gluten-free cereal.

How to extract juice from corn on the cob 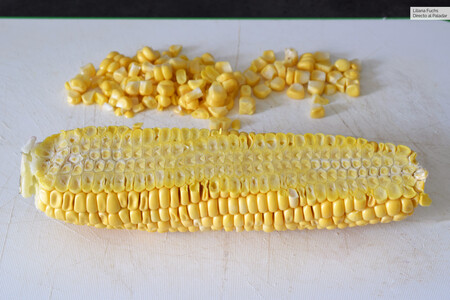 Starting from a fresh, raw and clean ear, to which we will have removed the leaves and the external hairs that cover it, the first thing is cut the beans with a large knife and sharp. The simplest thing is to lower the blade by placing the ear vertically on a large board, turning it and repeating the movement around its perimeter. Be careful, because grains tend to make a living jumping around the kitchen.

Read:  How to cook vegetables in papillote, the easiest, healthiest and most delicious way to enjoy all their flavor without drying them out 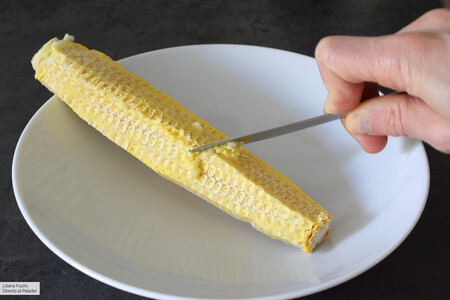 Using the knife we ​​will be left with a peeled cob but that still has the base of the grains attached to its surface. Now we have to place the cob on a platter or deep plate, and, with another smaller but well-sharpened knife, slide its edge from top to bottom, exerting pressure, to extract the remains of the pupa and all the juices.

This grainy porridge that will remain on the knife and on the plate is what we want to keep to enhance the flavor and texture of what we are going to cook. We can thus enrich any dish in which we use corn, from sautéed to rice and risottos, although we will enjoy its virtues much more in spoon recipes, soups, a curry, polenta, or sauces, being more honeyed. 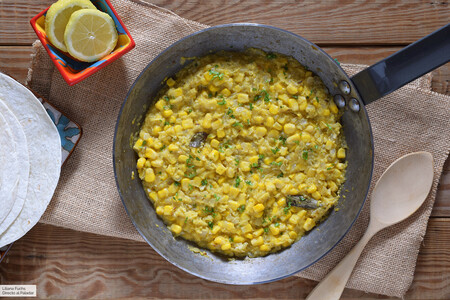 And to finish taking advantage of the cob, after milking it, we can make a broth very aromatic, also to enrich recipes with corn or other preparations.

You just have to cut a few four naked ears into three or four pieces and cook them for 15-20 minutes in 1 liter of water, then strain it with a very fine strainer or sieve. In addition to using it in the same recipes mentioned or soups of any kind, we can use this broth by substituting water or other liquid in bread doughs or pastries. Of course, it can be frozen.

The winners of the boycotted Golden Globes

The Prince of Rap suffers from COVID-19 cases