Strong impact that takes the NFL Quarterback to the hospital

By NicolasOctober 1, 2022No Comments2 Mins Read 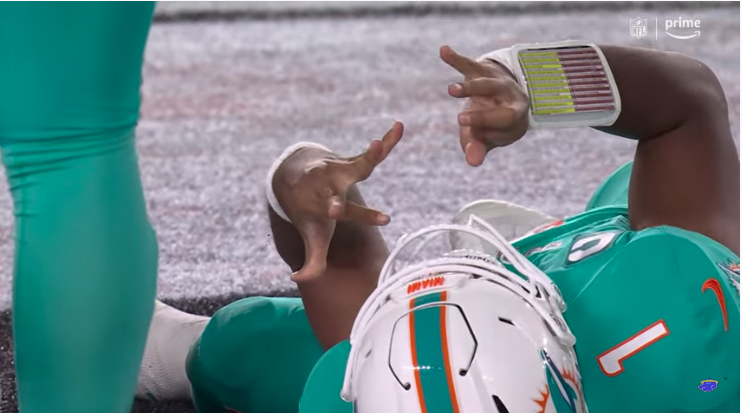 Yesterday, Thursday, Thursday Night Football arrived where the Miami Dolphins were in search of their fourth consecutive victory so far in this new 2022 NFL season. Everything changed until quarterback Tua Tagovailoa was hit hard by Bengals defensive tackle Josh Topou late in the first half of the game.

The strong impact was taken by the Miami Dolphins quarterback and he left us with the shocking scene, where after his head had a strong impact and hit the grass, the quarterback immediately fell unconscious with stiff fingers.

Tua Tagovailoa had a concussion during last week’s game against the Bills, so he left the game during the second quarter to return after halftime, for this reason his participation yesterday was in doubt.

How does the NFL concussion protocol work?

In accordance with the NFL’s operations manual, the league’s Head, Neck and Spine Committee developed a comprehensive series of protocols for diagnosing and managing player concussions, where each player must meet some established criteria before having the opportunity to return to the field after a possible injury.

Read:  Hydrate your dry hair with these 5 natural remedies

For the protocol to be activated, a player must meet the following criteria:

The player must then be immediately moved to the sideline or stabilized on the field to undergo concussion evaluation. It should be noted that the protocol has received some updates over the years, the most recent occurred in 2018.

In addition, there is a Return to Participation Protocol that every NFL player diagnosed with a concussion must follow a five-step process before being cleared to practice or participate in an NFL game.