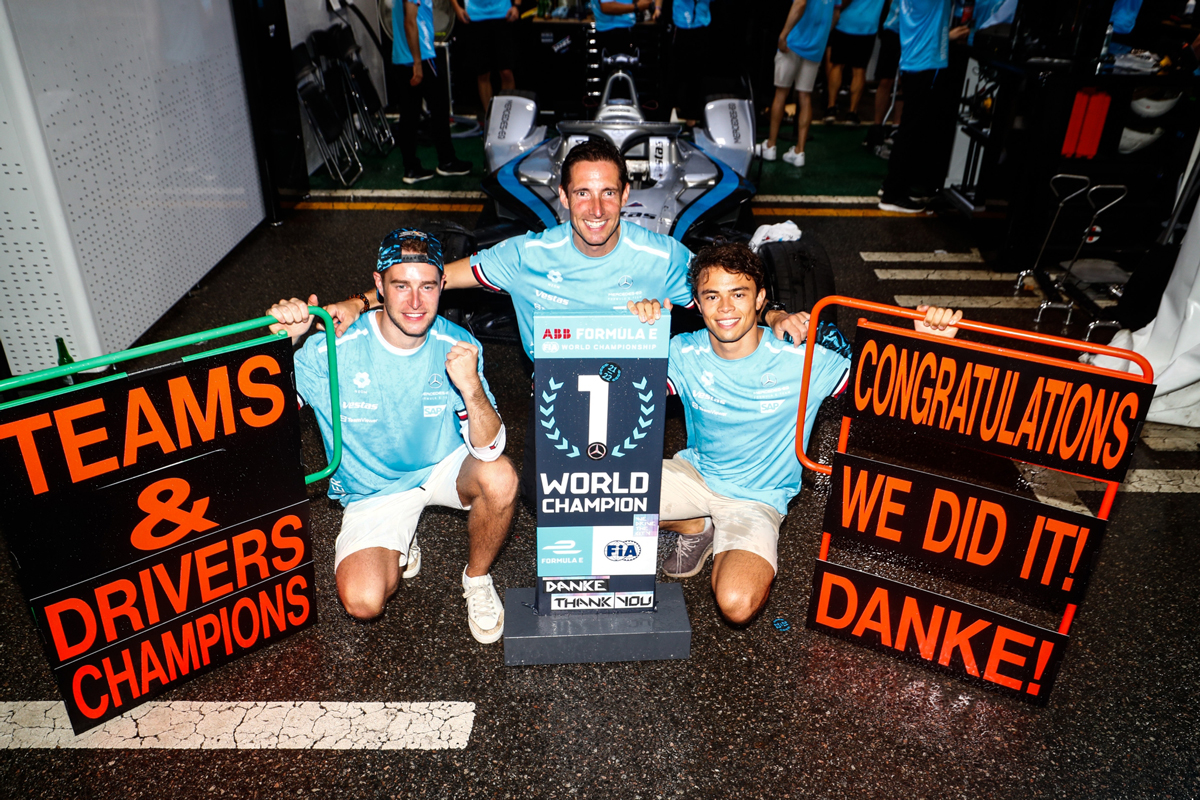 Formula E has built part of its growth on the presence of German manufacturers. Audi was one of the manufacturers that opted for the electric series from the beginning, increasing its involvement year after year in its relationship with Abt. BMW also ended up in the series with Andretti. By then, HWA had already made an appearance in anticipation of the arrival of Mercedes EQ, although it is true that Porsche also landed in the championship in parallel to its neighbors in Stuttgart. However, heThe paths of these manufacturers have been very different.

Audi and BMW have already left the series, with greater success for the Ingolstadt firm than for the Munich firm. For its part, Porsche will continue in the ‘Gen3’ era with the need to achieve the prominence that it has not yet achieved. Halfway, Mercedes EQ closes the circle to leave Formula E with two seasons in which they have been the kings of the category. Team title in both campaigns, also for drivers. Nyck de Vries was the champion in the 2020-21 season, while Stoffel Vandoorne has picked up his witness this year.

In the case of Stoffel Vandoorne, the Belgian’s season has been impeccable. Although the Mercedes EQ driver has only achieved one victory, his consistency has been outstanding. Putting aside the prestigious win at the Monaco ePrix, Vandoorne has achieved a total of eight podiums -50% efficiency- and has scored points in all but one race. It has been rare to see Stoffel out of the ‘top 5’, to the point that has managed to be among the top five in thirteen of the sixteen races held.

Read:  The Mercedes V-Class transforms into a minivan at the level of a hypercar

This consistency has allowed Stoffel Vandoorne to counter flashes of talent from Mitch Evans, Edo Mortara and to a lesser extent Jean-Eric Vergne.. Three heavyweight rivals whom he has taken against the ropes and whom he has been eliminating from the fight for the title, even if it is in the last round. Jean-Eric Vergne lost any chance of becoming champion in Saturday’s qualifying for the Seoul ePrix. Edo Mortara also dropped out of the race for the title in Saturday’s heat. Only Mitch Evans extended the resolution of the championship until the last race.

With everything, the feeling is that Vandoorne has had the resolution of the title under his control and who has managed the competitive times since the New York ePrix, although above all he has been a leader in both London and Seoul. Stoffel closes the season with 213 points and with the honor of being the last champion of the ‘Gen2’ era of the contest. Now the great unknown is what will happen to his future, since with the departure of Mercedes EQ a perfect cycle is closed, but an episode opens in which he will have to look for a new team if he wants to defend the title he just obtained.

Latin America will close 2022 with 201 million people in poverty