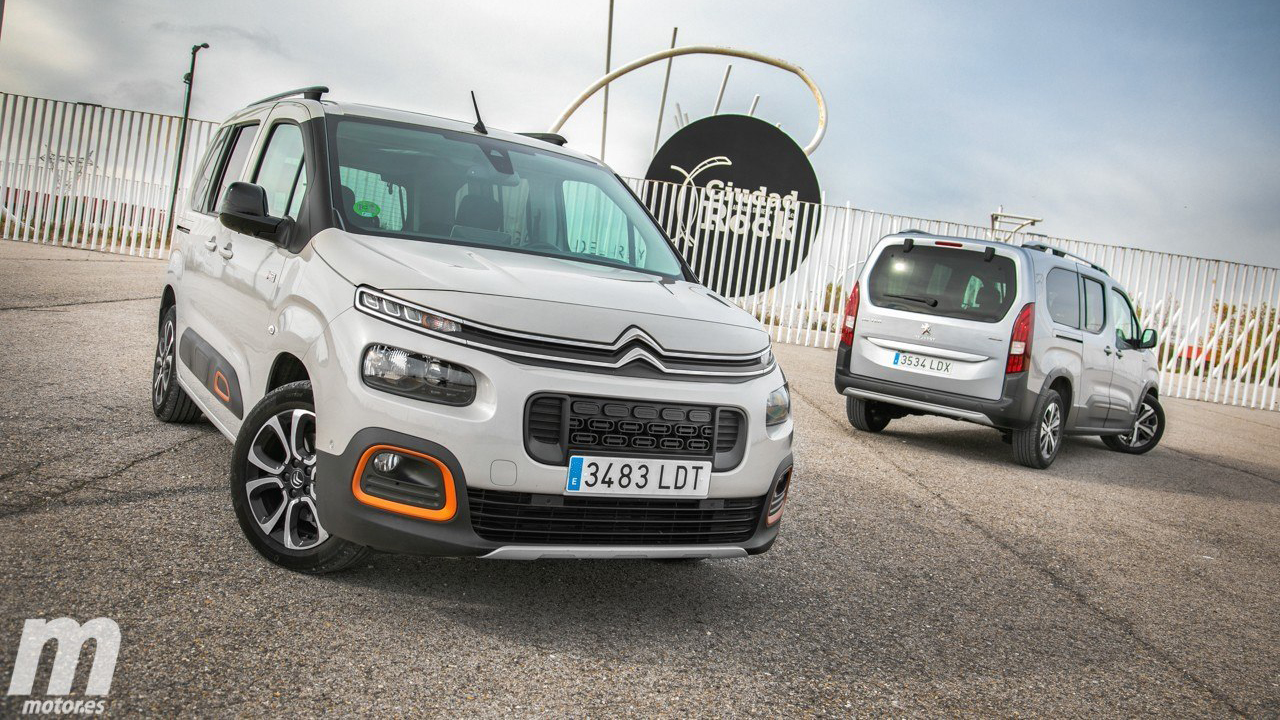 The 2022 starts with major adjustments to the ranges of the successful Stellantis compact vans. Touring models with a gasoline or diesel engine will no longer be available at dealers. Citroën Berlingo, Peugeot Rifter and Opel Combo Life will only be offered in a touring version with 100% electric mechanics.

Stellantis It can boast of having in its portfolio the best-selling vans throughout the European territory. We are facing an authentic colossus and market leader in light commercial vehicles and, in the same way, in the passenger versions derived directly from these models that not many years ago were practically exclusively destined for the professional field.

Just a few days ago, 2022 has started and we already have one of the most relevant news that will leave us this year in the sector of commercial vehicles and, especially, of the passenger car models derived from them. Stellantis has decided cease sales of the Citroën Berlingo, Peugeot Rifter and Opel Combo Life with combustion engine. Therefore, the touring versions of these versions become exclusively available with 100% electrical mechanics.

If we go into the configurator of Citroën, Peugeot and Opel, we will realize that important changes have been made to the touring versions of these vans. And it is that, The thermal models have been put aside to go on to offer exclusively its 100% electric variants. Something that draws powerfully attention due to the great commercial success that the vast majority have been reaping.

Read:  An electric Volkswagen Beetle? Some statements by Herbert Diess do not rule it out

These vans are a product that has been gaining great popularity due to the fact that they are positioned as a very practical mobility option for the whole family. And it is that these vans long ago left behind their rough behavior and rough finishes to match in many ways a traditional tourism. So what prompted Stellantis to cut the gamut so drastically? There are two main keys.

These changes will be announced imminently, what’s more, the Citroën has already made it public, and it is about adjustments in the range that these vans will have to deal with, which to date have held a good part of the market share in their competitive segment.

Video test of the Citroën ë-Berlingo, an interesting 100% electric van

Emissions regulations and the microchip shortage

Stellantis, the fourth largest vehicle producer in the world as a result of the merger of PSA and FCA, must deal with the stringent emission regulations of the European Union. In the recent past, the defunct Groupe PSA could cope with these standards, however, the entry into the scene of the range of vans from FCA has raised the average emissions of the range, which is a real stumbling block.

Now, that is not the only reason behind the recall of the Berlingo, Rifter and Combo Life with combustion engines. The global shortage of semiconductors and microchips is also behind this decision. Microchips are lacking in the production facility where these models are brought to life and it has been necessary to prioritize electric versions, which in turn will help meet emissions regulations.