Bullfrag
Home Uncategorized Statue of Eugenio Derbez is inaugurated and is the worst activation for... 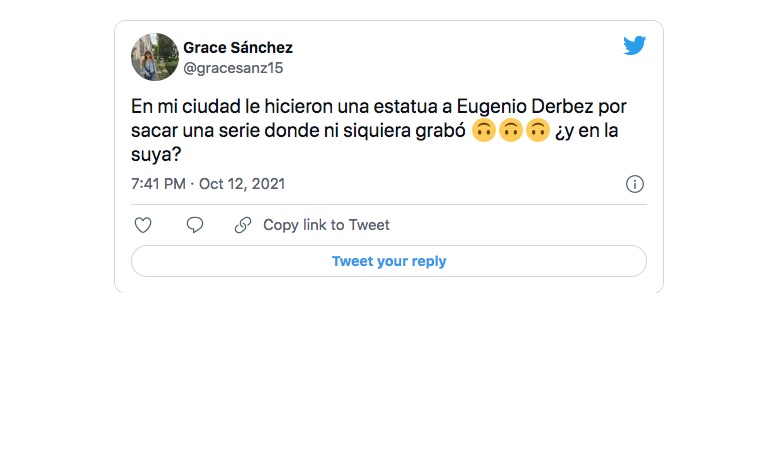 Acapulco is one of the last original productions of Amazon Prime and the series reminds us how important it has become to regionalize stories, to achieve the greatest ID with audiences, but the series starring Eugenio Derbez It has had a headache in the framework of its premiere, after a statue of the actor has been unveiled in the port and the critics have made this occurrence the worst activation for an original series.

Eugenio Derbez has become one of the main talents of Amazon Prime and is that together with other platforms such as Netflix or Apple TV, each of these media has made its own talent.

A statue of Eugenio Derbez, the worst activation

A statue has become, as we anticipated, the worst activation for Acapulco, the Amazon Prime series whose protagonist is the character of said sculpture and the case determines guidelines that reveal the importance of the context.

The port of Acapulco decided to unveil the statue of the actor on Costera Avenue, as a way of recognizing the work that he has apparently done in favor of the port, only that the residents did not agree and in social networks the criticism turned against the character, therefore, productions such as Acapulco, have not managed to start on the right foot with such bad promotion in networks.

In my city they made a statue of Eugenio Derbez for putting out a series where he didn’t even record 🙃🙃🙃 and in yours?

The state government of Guerrero inaugurated a statue of Eugenio Derbez in gratitude for the realization of a series on Acapulco, which was not recorded there, but in Puerto Vallarta and the United States.

For his “contribution and dissemination”, the city government decided to place the monument in honor of the actor after he created a series that takes place inside one of the most popular hotels in the port. pic.twitter.com/QUPpFPy4tI

Statue of Eugenio Derbez inaugurated in Acapulco. This recognition was given after the premiere of the Acapulco series, broadcast on Apple TV + and starring the actor. pic.twitter.com/ZTzRabzBzW

The fact that a statue ended up becoming the worst activation for a series reminds us of the importance of the context and how the stories that are regionalized have to be done with extreme care, since very sensitive fibers are touched in this exercise, that is why it is always It must follow the maxim of the correct message, at the right time and through the corresponding channel.

Read:  Why can El Bronco's campaign against Covid-19 be a success?

Very valuable trends emerge from this exercise that warn us of the value of communication with the consumer and the most interesting thing about this is what it has to do with the way in which brands determine new work guidelines.

What do we mean by new work guidelines? In the streaming market, these are the lines that platforms follow to create stories. Regionalization has been fundamental in this, as it determines how important it has become to understand audiences.

An interesting exercise that has been carried out in social networks has been the closeness that is sought with the audiences, based on guidelines such as innovation in the market and how, based on this, important promotional exercises have begun to be patented.

As expected, in this game of actions one element remains relevant and it is the one that has to do with the way in which brands are identifying themselves in the face of critical tasks that have been promoted in social networks. Netflix’s action in the hands of its CM has been vital in this understanding of the media market and not only that, increasingly valuable activities have been identified for the consumer, such as the fact that this platform has partnered with Walmart to launch a special merchandising section where products inspired by its famous series will be sold.

We give in to the lumberjack style with these plaid shirts to wear now and all fall.