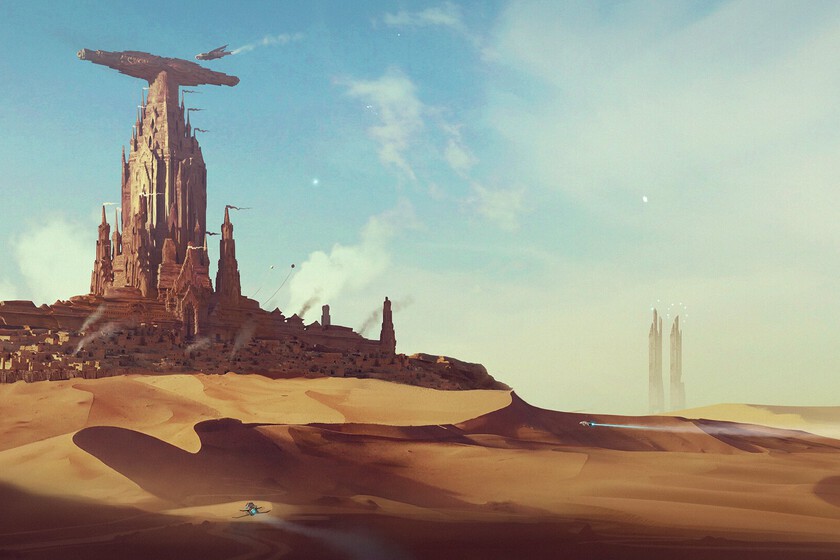 If we had knowledge of all the games that are discarded by the companies in the industry, more than one would fall out of the chair. We usually talk about concepts that do not exactly fit the vision of the study, as is the case with the Tomb Raider that approached the survival horror genre.

Now we get a new example and by Valve. Gabe Newell’s company has been tremendously innovative, creating Half-Life or Portal. ORno of his projects has now come to light thanks to Obscure Game Aesthetics, which has discovered some of the work done at Valvearchive.

This page is dedicated to storing more than 55GB of files, data and all kinds of Valve game elements. In the recesses of its library are images of Stars of blood, a space odyssey tinged with pirate adventures. “We are no longer working on it … and it never saw the light of day,” Newell explained in 2012.

In conceptual arts, everything always looks great, but the truth is that we can’t do anything but rub our eyes. Everything seems to breathe an atmosphere similar to what we have seen in the Star Wars saga, showing huge futuristic cities and space vehicles.

In fact, we can see it, even a little bit, in motion. Developer Gray Horsfield left Valve in 2012 and posted a small technical demo of Stars of Blood. A flock of bats or similar creatures surround a circular stage, while we see a HUD similar to the one in Half-Life 2.

Read:  It seems that Activision is sending teasers of the new Call of Duty to content creators