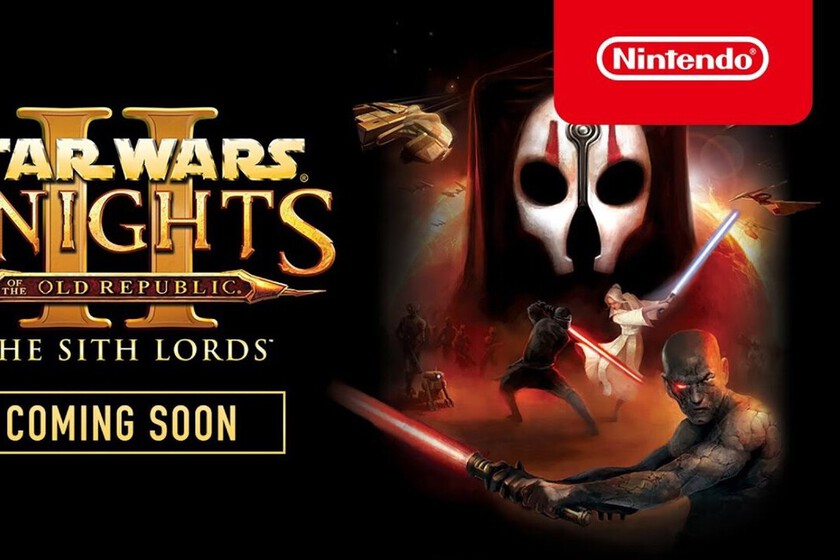 If you are passionate about Star Wars and have a Switch, you are in luck: six months after restoring and accommodating Star Wars: Knights of the Old Republic to the Nintendo console, Aspyr Media itself makes it official that Star Wars: KOTOR II – The Sith Lords, its highly celebrated sequel, will land imminently on the eShop. Little joke considering that it is one of the best and most successful games ever made in the entire saga and that, in addition, will include content removed prior to release.

The essential: Star Wars: Knights of the Old Republic II will be available from June 8, 2022 in digital format, receiving a treatment similar to the original, so that the screen has been adapted to the panoramic format, the textures and models have been conveniently improved to hide the passage of time (remember that the game is from 2004) and it is expected to benefit in some way from some extra features.

From here, the big surprise: unlike Star Wars: KOTOR, the sequel was developed by Obsidian Entertainment and a part of its content to be considered was left in a drawer prior to launch. Years later, and thanks to the mods on PC and the possibilities of Steam, that material could be recovered. The version that Aspyr has just announced for Switch includes this content -unreleased on Xbox- anticipating that lit will bequeathed as DLC in a future free update.

Along with the first trailer, Aspyr has started opening up digital pre-orders for the game, and in the process, has shown off the first official screenshots that revalidate the classic set-up. Definitely, they are far from looking like a current game, but they hold their own and – we are not going to kid ourselves – what has become Star Wars: KOTOR II – The Sith Lords essential in a classic is not its presentation, but its excellence as an RPG.

Read:  all this can't be updated

For its part, relaunch Star Wars: KORTOR II This is a masterful move on the part of both Aspyr and LucasFilm Games: in addition to taking advantage of the slipstream of the recently announced Star Wars Jedi: Survivor and the premiere of the Obi Wan Kenobi series, the Texas-based studio is fully immersed in the production of the remake of Star Wars: Knights of The Old Republic for PS5 and PC. Revalidating itself as the best option when it comes to revitalizing the great classic.

2022 is turning out to be a spectacular year for those who are passionate about Star Wars and video games, LEGO Star Wars The Skywalker Saga is sweeping sales and we still have several surprises to reveal, including news about Star Wars Hunters. In any case, all these joys are more than welcome.