Squid Game 2: Netflix gave the green light to the second season of the Squid Game 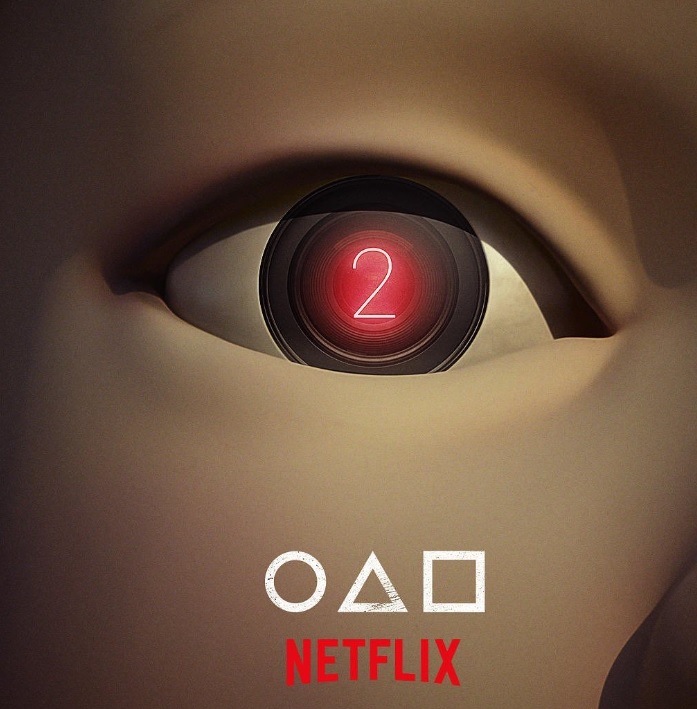 Share
Facebook Twitter LinkedIn Pinterest Email
Index hide
1 After much speculation and comments from the creator, Squid Game has the ok from Netflix to continue the story in a second season. Read more details in this note!
2 Share it with whoever you want
3 Related Posts

After much speculation and comments from the creator, Squid Game has the ok from Netflix to continue the story in a second season. Read more details in this note!

In September 2021, Netflix he had in his hands (or rather in his catalogue) one of the most successful and popular series: Squid Game either The Squid Game. After several months filled with positive reviews, awards and a lot of speculation from fans, the platform of streaming greenlit a second season.

This confirmation came on the heels of a short video and message from the writer, director and executive producer of Squid Game, Hwang Dong-Hyuk. In this letter, Dong-Hyuk tells or hints at some details of what is to come, such as characters that will return or some that we will meet.

“It took 12 years to bring the first season of Squid Game last year. But it took 12 days for it to become the series of Netflix most popular in historythe message begins Hwang Dong-Hyuk. “As a writer, director and producer of Squid Game, a big hello to fans around the world. Thank you for watching and loving our show.”

Although the second season is still in its early stages, Hwang Dong Hyuk confirms that some characters will return, such as the winner of the game, Gi-hun (Lee Jung-jae)or the masked antagonist Front Man (Lee Byung-hun). Also, he hints that maybe we could see the man in a suit again with the “ddakji” (who recruited desperate players for games and slapped them if they lost). Also, he clarified that we will meet a new character: Cheol Su, the boyfriend of the murderous doll that we saw in Red Light, Green Light.

Squid Game is officially coming back for Season 2! pic.twitter.com/4usO2Zld39

In the video of barely 10 seconds that accompanies that message, it seems that we see Young-hee, the gigantic animatronic doll that we know in the Red Light game, Green Light. However, not seeing her hair, we do not know if it is her or if it is Cheol-suwhom we will meet in the second season.

For those who did not see the first season of this dystopian drama from South Korea, the series shows us how hundreds of contestants, with economic difficulties, participate in typical Korean children’s games to win a millionaire prize. However, their lives are also at stake, since if they lose they are fatally eliminated.

This second season of Squid Game We have seen it coming for a long time, then after the success of the Korean series in Netflix, becoming the largest in the history of the platform and breaking a few records. Both the show and its cast were nominated for several awards, taking home three at the SAG Awards: one for Lee Jung-jaeanother for Jung Ho Yeon and the third for the series itself.

However, it seems that there is still a long way to go to return to these deadly games. “We’re working on the script right now and shaping the story,” executive producer said Kim Ji Yeon to Tudum. “But there’s definitely a lot of pressure on how to make it happen. [la temporada 2] be even better. I know a lot of different fans and audiences have really enjoyed the series, but we’re really focusing on how to make it even more joyful for the global audience.”.

Let us remember that last year, both Hwang Dong Hyuk as the co-executive director of Netflix, Ted Sarandoshad hinted that the second season of Squid Game it was a fact. Since then, the series director has made it clear that the next chapters could be a long way off, hinting that the episodes are likely to premiere in late 2023 or early 2024.

However, let us not forget that in November 2021, Hwang Dong Hyuk He had assured that he has in mind a base story of what will happen in the second season: “It seems to me that I am going to stick with the basic plot that I have in mind, and I can only hope that it does not meet the expectations of the fans, but exceeds them. Their expectation is huge and very diverse, so it’s going to be very difficult to deliver precisely what they want.”

Starlink is authorized to launch its second generation satellites