Bullfrag
Home Science Social stress appears to be a key factor in the population’s COVID-19... 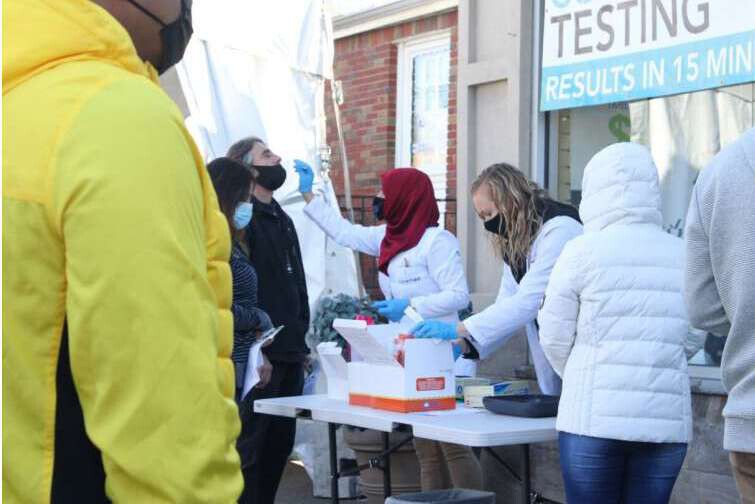 An international team of researchers led by Professor Alexander Gorban from the University of Leicester has analyzed global COVID-19 data to identify two constants that can dramatically change a country’s infection rate.

To do this, they used available data from 13 countries to determine the stress response rate and the spontaneous burnout rate. Their findings, published in Scientific Reports, show that social stress, which varied widely between the countries studied.

Spain among the countries studied

The study analyzed data from China, the United States, the United Kingdom, Germany, Colombia, Italy, Spain, Israel, Russia, France, Brazil, India, and Iran, and contributed to the new modeling system proposed by the research team, combining the dynamics of the established concept of social stress with classic epidemic models.

For each country analyzed in the study, the researchers examined 200 days of data, from the point of 100 confirmed cases of COVID-19 in each country. They expanded the SIR model for disease spread, which takes into account the number of infected individuals compared to the number of “recovered” and “susceptible” members of the population, taking into account various modes of human behavior.

During the first 200 days, the dynamics of the outbreak is mainly determined by the spread of the virus and the behavior of people.

Therefore, the researchers determined that the large difference between the spread of COVID-19 between countries is due to social differences, through the response to the established sociological concept of social stress.

Read:  Using cannabis increases the probability of developing serious mental illnesses such as psychosis or schizophrenia by almost 7 times

This establishes that “susceptible” individuals will cycle in three ways:

The rate at which this cycle repeats is largely driven by the stress response rate of a population and the rate at which a population is depleted due to social distancing measures. Colombia, Iran and the United States showed the highest “burnout rates” of the study countries, with the UK at the middle rate.

China’s stress response rate was the highest of the 13 countries analyzed, reflecting a rapid and dramatic spread of the virus among the human population; after an initial large increase, cases and morbidity rates dropped dramatically due to a highly unified societal response.

Researchers claim that ranking countries according to their ability to mobilize people for protective behavior against the epidemic and sustain this mobilization for a considerable time can help predict the dynamics of future outbreaks and manage their impact on the population.