Snyder Cut: A WarnerMedia report revealed that the network campaign was driven by fake accounts 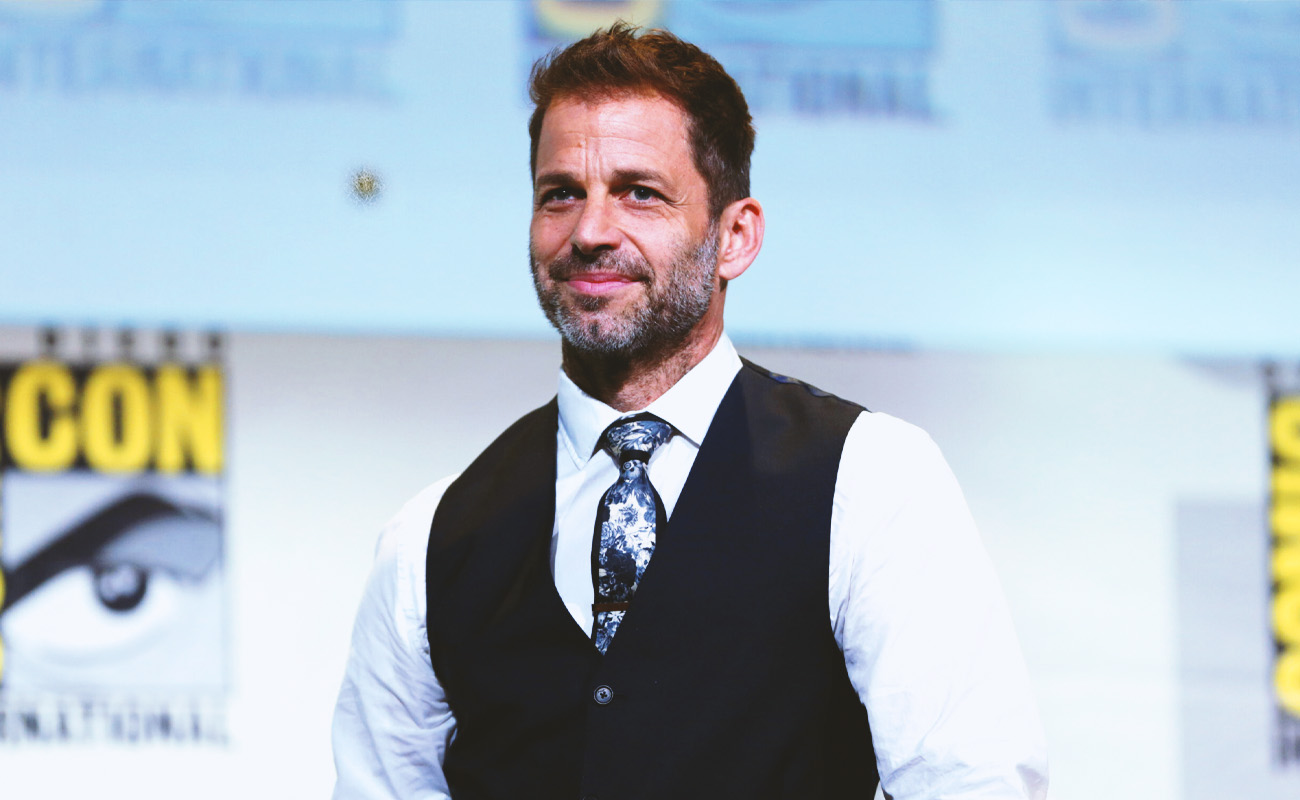 Share
Facebook Twitter LinkedIn Pinterest Email
Index hide
1 After many requests, hashtags, and a huge fan campaign, the Snyder Cut saw the light of day in 2021. Now, according to a report from WarnerMedia, it appears that huge fandom movement was fueled by bots and fake accounts. Read more here!
2 Share it with whoever you want
3 Related Posts

After many requests, hashtags, and a huge fan campaign, the Snyder Cut saw the light of day in 2021. Now, according to a report from WarnerMedia, it appears that huge fandom movement was fueled by bots and fake accounts. Read more here!

Although more than a year has passed since the version of the League of Justice of Zack Snyder saw the light, there are still investigations and comments about the great campaign that was with the #ReleaseTheSnyderCut and many other hashtags. According to two reports commissioned by warnermedia and recently obtained by Rolling Stone, at least 13% of the accounts that participated in the conversation about the Snyder Cut were considered false.

No one can deny how big that campaign was to get them to release the version of Snyder. It started around 2018 and grew until it fulfilled its mission. However, many believe that it was quite a toxic movement on social networks, since they attacked several people involved in Warner Bros. and those who were not in favor of Snyder Cut and of SnyderVerse.

As we told you above, at least 13% of the accounts that participated in the conversation about Snyder Cut were considered false. This percentage is well above the three to five percent that cyber experts say they typically see on any trending topic.

According to Rolling Stone, Q5id Y graphika (two firms that track the authenticity of social media campaigns) also detected false activity coming from the community of the SnyderVerse. On the other hand, the signature Alethea Group found that the domain forsnydercut.com (which claims to have caused the #ReleaseTheSnyderCut hashtag to go viral in May 2018) was, at least at one point, registered to a person who also ran an ad agency promoting its ability to bring in “Avatar traffic.” instant and cheap to your website”.

The aforementioned medium spoke with more than 20 people involved with both the League of Justice original as with cutting Snyder, and most of these believe that the director was working to manipulate the ongoing campaign. Yes ok Snyder said that Warner Bros. was “trying to leverage” its fan base to bolster subscribers for its new streaming service, a source maintains that “zack it was like a lex luthor wreaking havoc“.

The mobilization of fans SnyderVerse it amazed and intrigued several, as they were interested in better harnessing the power of social media like that campaign was doing. However, after a while, many began to question that activity. Hashtags like #ReleaseTheSnyderCut saturated social media starting in late 2019, and when the studio finally released the new cut of Snyder in 2021, #RestoreTheSnyderVerse was born (to ask Warner Bros. approve more movies DC of Snyder) and racked up over a million tweets in one day.

In mid-January 2021, three months before the release of the Snyder Cutan account of Instagram with username @daniras_ilust published a horrible image that threatened the producer Geoff Johns, to the president of DC Films, Walter Hamadaand the former President of the group Warner Bros. Pictures, Toby Emmerich. The image quickly circulated through the fandom and, as it was an alarming post, warnermedia commissioned a series of reports from a third-party cybersecurity firm to analyze what was happening with the campaign.

The main report, dated April 2021 and titled “SnyderCut Social Media Presence”, investigated online conversations about the Snyder Cutspecifically the hashtags #ReleaseTheSnyderCut and #RestoreTheSnyderVerse on Facebook, Twitter and Instagram. Analysts “detected an increase in negative activity created by real and fake authors” spreading negative content about warnermedia for not restoring SnyderVerse. In addition, according to the report, many authors were spreading “harmful content” about the then president of Warner Bros, Ann Sarnoffand began using the hashtag #BoycottWarnerBros.

On the other hand, Rolling Stone asked three other cybersecurity and social media intelligence companies to analyze data related to the SnyderVerse In the months leading up to the release of Snyder Cut in 2021. Looking for signs of inauthentic activity on social networks, the director of information and technology of Q5id, Becky Wantasaid his firm’s analysis indicates “there is no doubt that bots were involved” in the campaign.

The campaign did not end with the launch of the Snyder Cut on March 18, 2021. The Wrap reported in May that bots may have played a role in Snyder will win two fan-favorite awards at the Oscar of this year.

Apparently the great movement of the SnyderVerse started before 2020. Although Snyder denies it, a source told Rolling Stone that the director hired a digital marketing company to increase fan engagement in 2016. That year Batman vs. Superman: Dawn of Justice was harshly attacked by critics and disappointed executives at Warner Bros. and several fans of DC.

On February 27, 2017, Snyder showed his first cut of the long-awaited League of Justicewhich was intended to be the answer of DC to the giant of marvel, avengersdirected by Joss Whedon. However, studio executives, led at the time by ex-chief Kevin Tsujihara, did not respond very well to that film and considered it “a disaster” and a “total failure”. For this reason it appears that the study called whedon to become a writer and consultant.

Then, in mid-March 2017, Snyder suffered a tragedy when her 20-year-old daughter died. Still, the director continued to work on making the film shorter, and in May he screened his final cut for all of the studio’s department heads. weeks later, Snyder announced the news of her daughter’s death and her departure from the League of Justicelike his wife, Deborahalso producer of the film.

time after that Warner Bros. will launch Justice League on November 17, 2017 (and being showered with negative reviews), Rolling Stone says that Snyder he sent one of his editors to the studio to retrieve hard drives containing materials from the film. Given this, they asked Snyder to return them, as they were studio property, but the director objected.

This is where the army of fans comes into play and the SnyderVerse. Forsnydercut.comone of the most influential voices in the fandom of Snyder online, it appeared in December 2017 and, according to the site and the main report commissioned by warnermediaplayed an influential role in creating the #ReleaseTheSnyderCut hashtag and making it go viral.

During the two years following the disappointing Justice LeagueWarner Bros. made several changes, such as AT&T acquire the media empire TimeWarner, whose assets included CNN Y HBOand replaced Tsujihara by Sarnoff. Meanwhile, fans kept asking the studio to greenlight a version of Snyder of the League of Justicelaunching a petition on Change.org and using the #ReleaseTheSnyderCut.

At the beginning of 2020, Snyder started negotiations with Warner Bros. about his version of the League of Justice. After the director screened the 214-minute version at his home, the executive of HBO Max, Bob Greenblattgreenlit the project, a move approved by the new CEO of Warner Media, Jason Kilar. The company officially announced the film on May 20, 2020.

Secondly, Kilar agreed to give Snyder $60 million for post-production and special effects work. However, even though the director had said that he didn’t need to film anything else, Snyder he wanted an additional $13 million to cover additional production costs, which included recording. Sarnoff he did not approve, as the pictures were not part of the deal.

From this moment another dilemma began: the comments against whedon by Gal Gadot (Wonder Woman) and Ray Fisher (Cyborg)who had said that the behavior on the set of Joss Whedon “it was disgusting, abusive, unprofessional and completely unacceptable”. In addition, the actor had added that “Geoff Johns and Jon Berg they enabled it (behavior)of many ways“.

This is not everything. Snyder was also fighting with the president of DC Films, Walter Hamada, over an arch Snyder Cut that involved the character Martian Manhunter. hamada did not want it to be included in the film, since DC had other plans for that character, but, as we saw in the snydercut, It seems that the director won the fight. Kilar passed over Sarnoff and allowed Martian Manhunter appeared in Snyder Cut. The director also received the $13 million he had been demanding in production costs. That brought the studio’s total spending on the film to $73 million.

One year after the film’s release, Snyder no longer work with Warner Bros. and moved to Netflixwhere he is currently filming the sci-fi movie Rebel Moon. The study plans for DC Extended Universe no longer involve Snyderwho finally returned the materials from the League of Justice which it had confiscated following a settlement reached with the studio in August 2021.

Although the army of SnyderVerse calmed down quite a bit, they’re still using hashtags (like #RestoreTheSnyderVerse and #DeborahSnyderForDCStudios), to push the studio to convert the wife of Snyder in the director of DCEU.

They report the fall of Facebook; this we know

How to maximize your end of the year campaign with influencers