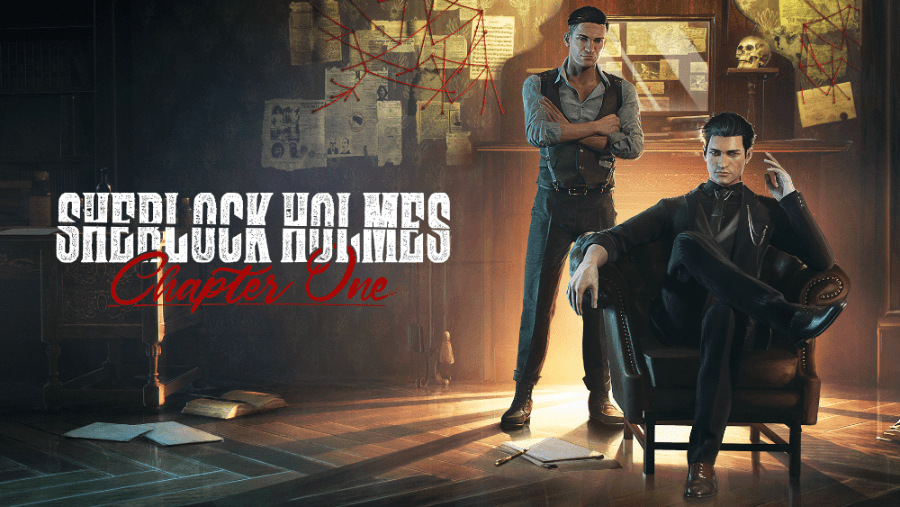 Index hide
1 The famous detective created by Sir Arthur Conan Doyle returns to PC and consoles from the hand of Frogwares. Chapter One puts us in the shoes of a young Sherlock Holmes, who has yet to earn a reputation as the best detective in the world.
2 Elemental, my dear Jon?
3 Sherlock Holmes in the open world, what more could you ask for?
4 When ambition pays off
5 The very buyer British accent
6 System Requirements
6.1 Share it with your friends
6.2 I like this:

The famous detective created by Sir Arthur Conan Doyle returns to PC and consoles from the hand of Frogwares. Chapter One puts us in the shoes of a young Sherlock Holmes, who has yet to earn a reputation as the best detective in the world.

Sherlock Holmes: Chapter One is available for PC, PS4 and PS5 and Xbox One and Xbox Series X / S.

Chapter One puts us in the shoes of a young Sherlock Holmes who has yet to earn the reputation of being the best detective in the world. Of course, his obvious talent for deduction and analysis and his characteristic arrogance remain as intact as ever.

The story itself centers on Sherlock’s journey to the fictional Cordona Island, where he spent much of his youth. After visiting his mother’s grave, old memories that seemed forgotten begin to come to light. This is how our detective begins to investigate them – regardless of the damage they can cause him – to get to the truth about the Milanese: what is behind her mother’s death. Tuberculosis is not the correct answer, as he was told all his life, and he is very clear about it.

Elemental, my dear Jon? It’s hard to imagine Sherlock without his faithful companion Watson. What Chapter One tells us the adventures of a young Holmes, the appearance of Watson would make no sense. For this reason, throughout our tour of Cordona we will be accompanied by Jon, a lifelong friend of the arrogant detective, who replaces his beloved and acclaimed henchman in a more than efficient way.

Sherlock Holmes in the open world, what more could you ask for?

Chapter One it has the foundations of any other detective game (going through scenarios, interacting with objects, questioning witnesses), but it has a very special seasoning that he knows how to make the most of: Sherlock Holmes. It is that, although we are detectives, we are not just any detective: we are forging our way to be the best detective in the world. And that, the developers have it very clear.

In this title we have tools that help us put ourselves fully in the detective’s shoes, such as a special vision that details important features of the characters that surround us or a radar that points out important objects to take into account for our investigation.

Of course we also have the famous Palace of the Mind, in which we collect different clues that we can then connect with each other, to finally reach a conclusion. Once we have the necessary clues, we can also reconstruct the crime scene itself. In that instance, with the crime already “solved”, Chapter One It gives us free will: we can choose whether to incriminate or pardon the suspect in question or, if there is more than one, who we accuse.

Sherlock is not only noted for his abilities to analyze and deduce, but he is also a master of disguise. Thus, the title brings us a wardrobe with dozens of wardrobe changes, which will allow Sherlock to enter places that he could never do with his bourgeois tux.

Chapter One It also has the uniqueness of being an open world, something unusual for this genre. This addition fully enhances and strengthens the experience and helps us, once again, make the feeling of being Sherlock more realistic. While there is a main story to follow, the open world makes the title not as linear as it usually is. In this way, we will have more freedom when it comes to exploring various scenarios and questioning citizens. The new Frogwares title not only has ten secondary cases, but each of them depends on multiple elements (even combats) in order to be solved.

When ambition pays off

Chapter One It stands out completely in its graphic section, both on an artistic and technical level. It has dozens of settings and characters and each one of them manages to differentiate itself. Point in favor considering what so many titles with this level of ambition usually deliver. The only negative at this point (and just to mention a fussy one) is that the facial expressions of the characters are very unbelievable (the famous poker face, no matter what they are saying).

Either way, it is really a pleasure to visit Cardona and the interiors of each building that compose it. The level of details is very well taken care of and they help, once again, to put us, in an effective way, in the shoes of the young detective.

The sound aspect stands out mainly for the work of the voice actors, especially those who make up the main characters – especially Alex Jordan, who returns to give voice to Sherlock. For the NPCs the story is different: the dialogues are not only repeated (come on, 20 random people are not going to give us the same answer), but also the voices do it. The music itself, for its part, goes quite unnoticed. It works well, it knows how to accompany the setting, but at no time does it stand out enough to deserve its own paragraph.