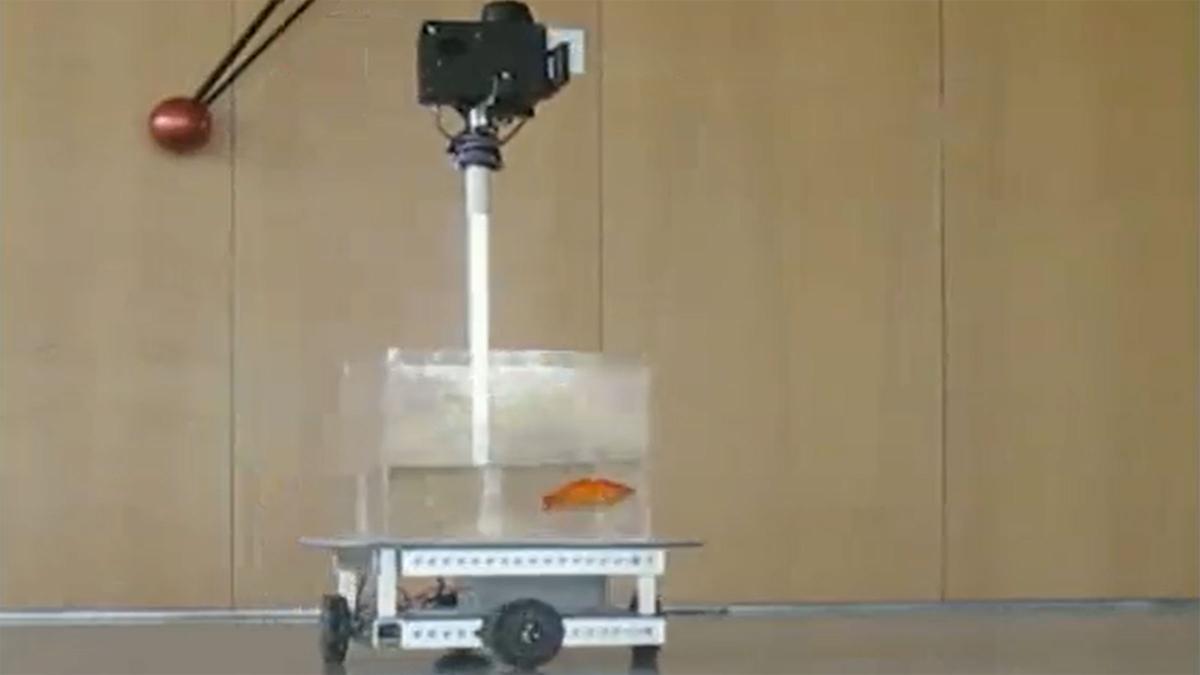 This is how several fish are trained through a fish tank with wheels, and the result is really curious.

Now the researchers want to take the interaction of certain animals with the environment much further, and they intend to allow the fish, for the first time, to travel a field out of the water, yes, through a small kind of fish tank with wheels.

This is how Israeli scientists from the Ben-Gurion University in Negev of Israel that they have constructed a vehicle operated by fish and teaching them to control it. And no, we are not talking about robot fish.

This kind of fish tank with wheels is a land platform that relates the characteristics of the movement of the fish in its installed water tank, affecting the direction of the vehicle itself.

I am excited to share a new study led by Shachar Givon & @MatanSamina w / Ohad Ben Shahar: Goldfish can learn to navigate a small robotic vehicle on land. We trained goldfish to drive a wheeled platform that reacts to the fish’s movement (https://t.co/ZR59Hu9sib). pic.twitter.com/J5BkuGlZ34

The position of the fish in the tank is monitored by a downward-facing camera connected to a microcomputer installed in the thermos on a pole that extends upward from the field of view.

This vehicle is made up of a 40 × 40 × 19 cm chassis that houses this platform on which the water tank is placed. Below it are four motors connected to four wheels.

Read:  How to remap the keys of a Windows PC using the PowerToys

The movement of the fish in the water is translated into the direction of the vehicle. To guide them in some way, the scientists tested whether in exchange for a reward of food pellets the fish could go to a certain place, and they did.

The study notes “that navigability is universal rather than environmentally specific. Second, it shows that goldfish have the cognitive ability to learn a complex task in a completely different environment than the one in which they evolved. As anyone who has tried to learn to ride a bike or drive a car knows”.