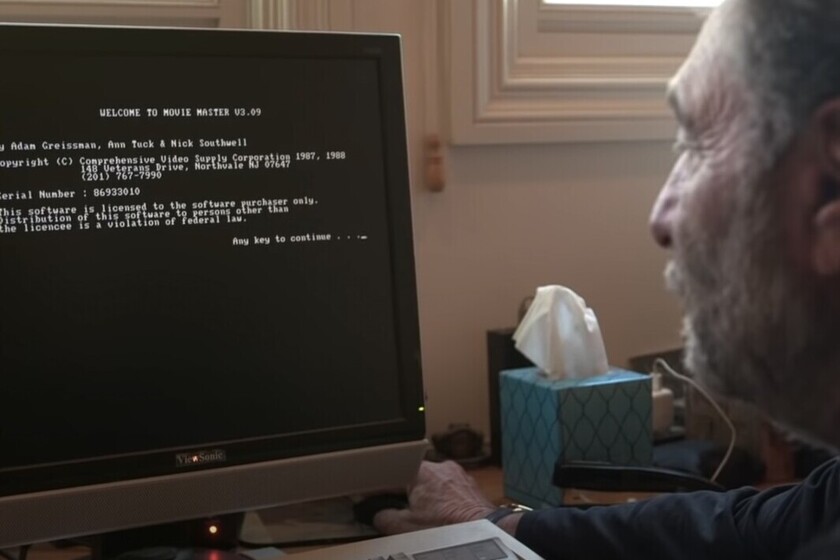 Eric Roth is the last screenwriter known to write scripts (such as the one for the movie ‘Dune’, of which a sequel has already been confirmed) you have used totally outdated software. Specifically, Movie Master, one that is 30 years old and that only works in MS-DOS (MS-DOS was born 40 years ago).

Eric Roth has behind him great recognized works of cinema such as ‘Forrest Gump’ or ‘The Curious Case of Benjamin Button’, and has always used old software for it. And, as you will see in this article, there are other scriptwriters who have also used old programs, for various reasons, for series, movies or fiction books.

In an interview with him, while commenting on his work routines, the scriptwriter, on Windows XP, started Movie Master 3.09, which opened a DOS window. Roth explained how his movie mates can’t get on the internet and get that script but he has to send them a hard copy and they must scan it. This writing cannot even be sent by email. “It cannot be accessed other than where it is,” Roth explained. The fact that the scriptwriter uses a computer without an Internet connection makes it difficult for his work to be hacked.

For him it also supposes a certain superstition and a certain fear of change, according to his words. In addition, the program gives the possibility of writing up to 40 pages. The fact that his old computer is not connected to the Internet eliminates distractions, as he himself claims. Another advantage for him of this software is that 40-page capacity limit helps you structure your scripts. “I realize that if I have not expressed what I had in mind in 40 pages I begin to have problems,” he explained.

Other nostalgic screenwriters who have used outdated software 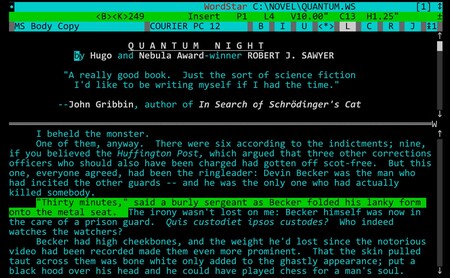 Eric Roth is not the only nostalgic who uses outdated software to write his works. In 2014, George RR Martin, creator of Game of Thrones, stated that he only used software compatible with DOS machines. Specifically, his flagship program was WordStar 4.0.

Read:  The iPhone SE says goodbye to its 256 GB after the presentation of the iPhone 13

He said that he enjoyed its simplicity and that does not like modern autocorrectors and spell checkers. “If I wanted a capital letter, I would have written a capital letter. I know how the shift key works,” he explained on a television show. There is no recent information from Martin talking about whether he continues to do so, but it would not be surprising.

First, it must be said that in addition to WordStar, it also highlights other programs used such as “WordPerfect, Word, MultiMate, Sprint, XyWrite and almost any other word processing package for MS-DOS and Windows. “But Sawyer says that the first one mentioned has something that makes it different and that is the creative composition with the keyboard and that it has an interface designed for touch typists

WordStar was first released in 1979, before there was a standardization in computer keyboards. At that time, many keyboards lacked arrow keys for cursor movement and special function keys for issuing commands. The only thing available was the standard layout of a QWERTY typewriter with alphanumeric keys and a control key.