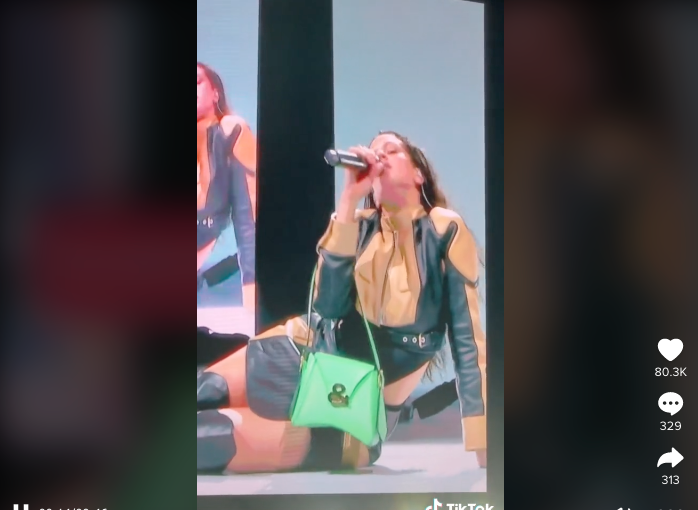 Currently, the virality offered by social networks has become one of the main strategies to publicize a brand, due to the organic advertising that can be generated within the digital conversation, such is the case of a designer who has gained popularity in recent hours, this thanks to the fact that Rosalía carries a gift in concert and promotes an independent brand.

In Mexico alone, the fashion industry generates just over 2.1 billion pesos in annual income, of which only 4 percent is destined for the payment of salaries, according to Citizen Action Against Poverty (ACFP), while globally, it is estimated that The fashion industry generates an economic income of more than 3 billion dollars. Likewise, this industry represents 6.4 percent of the economic units of the country, an industry that employs more than 1 million people, whose amount represents 5.1 percent of the national occupation.

Advertising, which can be generated within social networks, can be a determining factor for entrepreneurs, since having no cost and having a global virality, represents highly effective for brandsas evidenced by an entrepreneur and designer, who has become extremely well known along with her brand @andcrimein recent days, thanks to the singer Rosalía.

As can be seen in the short video, the designer, known as VIkyPao, who went viral by giving one of her creations to Rosalía during one of her concerts, who not only showed off the gift throughout the concert, but also shared photos through its social networks, providing publicity and promoting the talent of the designer.

In recent weeks, the story of an entrepreneur who sought to approach the well-known influencer Luisito Comunica with the intention of giving him a chair, a product of his entrepreneurship, went viral; however, the result, although viral, was not what was expected, since the well-known youtuberrefused to receive said gift.

In Mexico, the entrepreneurship sector represents 7 out of 10 jobs in the country, a figure that reveals the importance of this sector within the national economy, and warns about the growing need that exists among entrepreneurs to achieve positioning within the sector.

Organic advertising within the networks has become an important part of the growth of brands, which is why for entrepreneurs, knowing stories like the one indicated is important, because it encourages the development of brands.