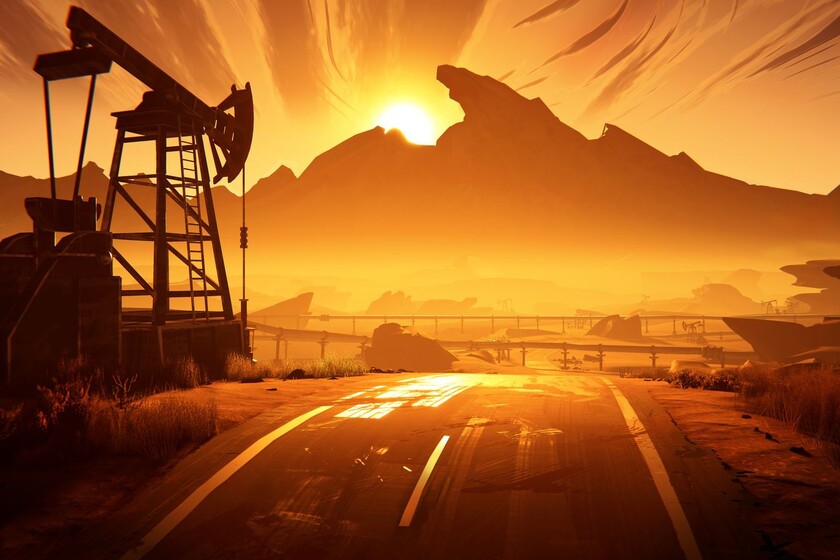 There are many adventures, but it is not usual for the so-called walking-simulator enjoy a procedural development as in the case of Road 96, the new project from the co-director of Ubisoft Montpellier’s emotional Valiant Hearts: The Great War.

Developed by the DigixArt studio, here we embark on a most special journey, Route 96. And for this we will embody countless characters while we discover a lot of unique stories as we get to know other people more deeply with much to tell. A road-movie turned into a video game Inspired by cult films by the Coen brothers or Tarantino.

A changing route that never ceases to amaze

Travel almost 2,000 km going to the northern border with hardly any money is a risky task in itself, seeing how in Road 96 carries a special risk as we never know with which variable we can be surprised, starting from the starting point. To this must be added the character, man or woman, with a variable amount of money (always scarce, yes) and with more or less spent health.

Logically, with so little money we will not be able to afford luxuries and the option of pulling public transport or paying for a taxi will not always be feasible, but it will be necessary to hitchhike, walk to the next point or even steal a car. There will always be more than one option in order to achieve the objective, unfortunately for the political party of Tyrak, which has toughened the law to not let all those “undesirables” escape in search of a better future. But nothing is impossible.

The political background is a recurring theme throughout the adventure due to the influence of Tyrak’s tyranny and with the candidate Florres advocating for change, and because practically any character asks us from time to time what we think of the subject, which will serve as a of the excuses that the game has to change our destiny. The same as when defacing the posters of either of those two parties. Most stocks matter.

There are seven key characters in this whole story that we will discover little by little. On each trip we make we can see them from any position. For example, the first time I saw the trucker I played soccer with him, on another occasion he took me in his truck while using the nail gun to lose track of some thugs and the last time it was the other way around, taking him in my car ( stolen) in search of a phone booth. The personality of each of these characters will always be the same, but the way in which we will meet them will always be different and therein lies much of the charm of Road 96.

It will not take long to discover their motivations and, most importantly, their secrets, but to get all their juice you will have to play quite a few games. And it is not that they are long-lasting trips: on average each departure can take us between 30 minutes or an hour at the most. In addition, we will not always get to Route 96, and we may die on the way … And there will be critical moments where if we “piss off” someone armed we will have everything to lose. You have to look at each line of dialogue or at everything you do, such as stealing an object in front of your nose.

Is a ever-evolving narrative adventure that stands out greatly for its enormous variety of situations, precisely due to that procedural nature. As if to a walking-simulator as Firewatch applied a touch of roguelite, as shocking as this comparison may seem. The reason goes beyond that randomness, as the development of each character and the connections in the following adventures come into play. Everything is weaving over low heat …

Road 96, a long journey that offers many faces

That Road 96 Late in showing its potential does not mean that it does not hook us to the first changes, but that all skills will be blocked from the beginning. As we get to know their special characters better, they will go to us. granting their abilities, like hacking electronic devices, slightly expanding the percentage with the dice, picking locks, etc.

Read:  This terrifying Steam video game will give you your money back if you are able to get out of its maze alive within a time limit

It does not mean that we have to know a person 100%, since they will be able to give us their skills at the first opportunity. Everything will depend on the game. And the good news is that this progress will be preserved in the rest of the trips with other hitchhikers, so on subsequent trips we will have a better chance of success or simply find more secrets by having many more options.

The enormous variety of situations that this adventure offers us is surprising due to this, leaving the consequences of games like Life is Strange or The Walking Dead in diapers. After all, there are multiple routes to the border and the secondary characters give a lot of play in each and every one of their appearances, from being part of a robbery by force to raise money in a piggy bank (the detail of asking a person in poor health to calm down and take their time to give me the money was great) to dodging vehicles at high speed in a sidecar, every ride on Road 96 feels most refreshing.

In the end, it does not matter that in a game we have little money, because there are different ways to get out of the matter well if we know how to play our cards well. Everything will depend on how well we play the game with the other secondary players.

The little freedom that it offers, ironically, in the face of exploration can be held in his face. But it is what they have walking-simulator, despite the fact that it is successfully camouflaged here. And it is that when we reach an area we can only move through that area, such as a gas station, a camp or a political rally. Nothing about going off the limits of the road, although this does not mean that we are not going to run into secrets if we explore thoroughly, especially in the face of cassette tapes with songs in homage to the 90s.

It does not enjoy the complexity of graphic adventures despite the fact that sometimes we can carry several objects at the same time, not just the card of a clueless customer in the bathroom of a roadside restaurant to steal money from the cashier, but it is partly for the greater weight it gives to the narrative, how could it be otherwise for a study that received praise for its contribution in 11-11: Memories Retold. All the weight falls on its secondary characters, each one better, and with whom we will be able to empathize almost instantly on any trip.

There is also an extra motivation, to power interfere with election campaign results, which is, after all, what motivates all these problems for travelers who want to reach the border. Even on the border itself, we are offered several options at once, depending on our skills or luck. And each outcome offers us different future avenues to try again if we fail.

Because it is still a kind of Groundhog day, but with an input variable in the form of a protagonist of the story that varies and from a totally different point on the map. Its replayability is very high, therefore. And it encourages a lot to discover the whole history of their secondary to win their heart, itch us playing against them (from “Connect 4” to a tribute to PONG) or uncover their worst secrets … And this carries its risks, of course.

In short, DigixArt was already a guarantee with the narrative level curriculum of its managers and Road 96 comes to corroborate those optimistic feelings. As soon as you like typical road movies or well-told stories with multiple ramifications, you have a game to get a lot of juice. And if for whatever reason you are one of those who buy physically by not trusting the digital format, you will be happy to know that in October Tesura Games will publish it in stores for Switch.