Bullfrag
Home Gaming Recreating the grass in Hyrule Warriors was a headache and Koei Tecmo... 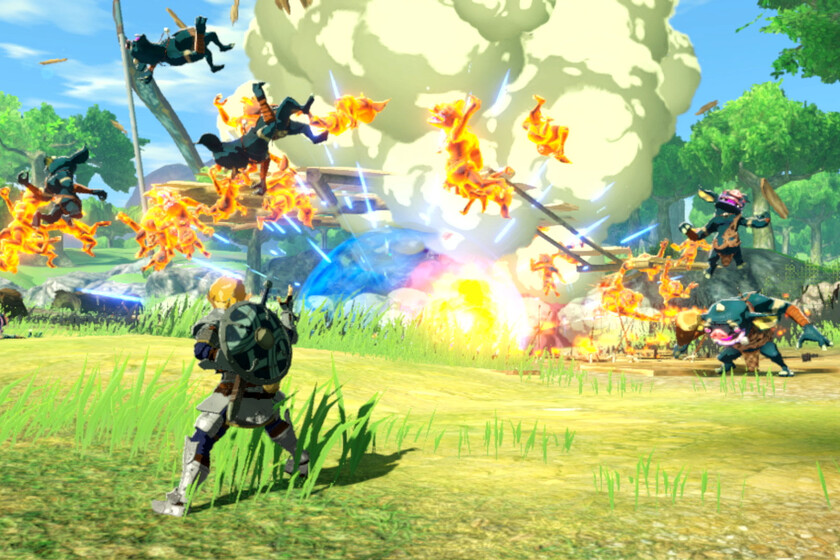 The Nintendo’s 2022 is really powerful and with several games confirmed for Nintendo Switch. The year can’t get off to a better start thanks to Pokémon Legends: Arceus, as we continue to wait for a date for Bayonetta 3 and the sequel to Breath of the Wild.

While we wait to see how Link’s story continues, we did get to know what happened 100 years earlier thanks to Hyrule Warriors: Age of Cataclysm. A title that was developed by Koei Tecmo, a company that had to face a huge challenge: grass.

Indeed, such a common and characteristic element of the game led to real headaches, as revealed by the development team in an interview conducted by Nintendo Dream and shared by Nintendo Everything. This is how the art director, Yuu Oohoshi, explains the difficulties they went through:

“The grass took years. It took us about half the development time to finish touching up the grass in the game. We really had trouble recreating the atmosphere of the Hyrule terrain.”

Problems recreating exactly the grass from The Legend of Zelda: Breath of the Wild resulted in direct inquiries to the Nintendo smash hit task force. Masaki Furusawa, producer of Hyrule Warriors, clarifies that even other methods were considered to implement it:

“We asked the Zelda team at Nintendo how they made the grass in Breath of the Wild, and while they shared everything down to the smallest details of their methods, there were still questions about whether we could reproduce it. The game has a lot of grass, so we also considered if there were other methods available to us. “

The magnitude of the issue spread to all departments by Koei Tecmo, something that director Ryout Matsushita acknowledges:

Read:  A new trailer for Hogwarts Legacy is coming soon

“The entire company was dragged into the weed mess. It’s no exaggeration to say that we were in discussions with development staff, CG departments, background and technical support the entire time.”

Finally, we can say that the result of the grass in Hyrule Warriors: Age of Cataclysm is very satisfying and the difference is hardly noticeable. Of course, now it’s time to look to the future to see what powers Link will bring us this year.