Real Madrid stays with the classic at the Camp Nou

By DominicOctober 24, 2021No Comments2 Mins Read 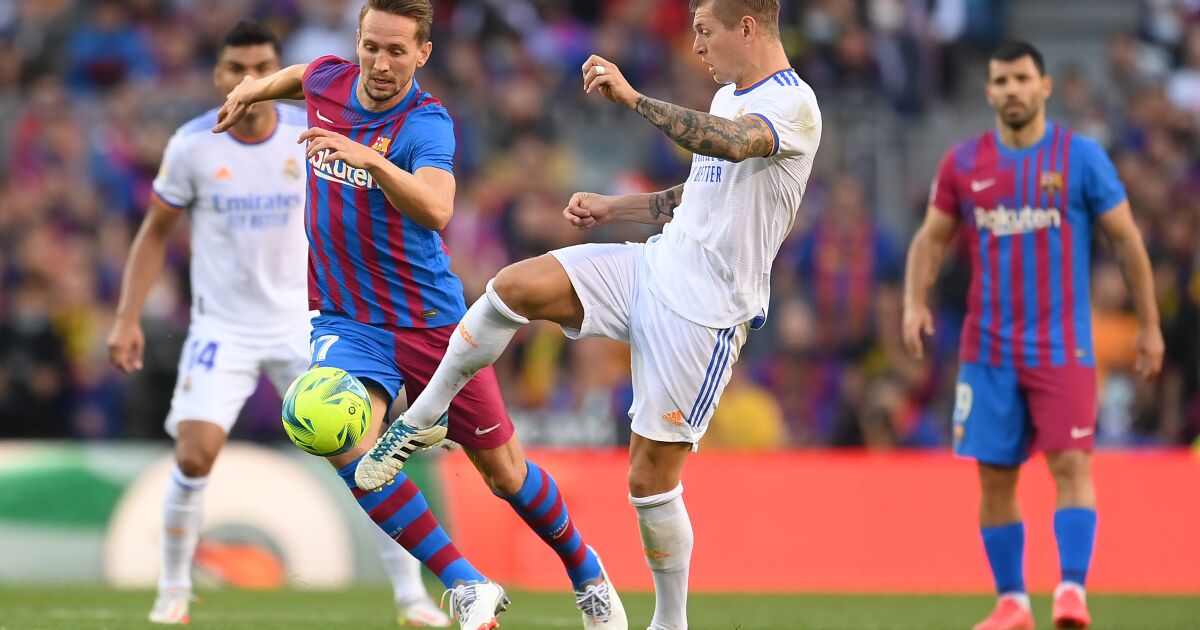 The victory strengthens Real Madrid, which adds its second consecutive official victory, while stopping the progression of Barça, which came to the lively match after their last two victories in the League and Champions.

In a Camp Nou practically full for the first Clásico there with an audience since March 1, 2019, Real Madrid ended up imposing its punch on the counterattack in a match, which began with many inaccuracies.

The Barça team tried to control possession, pressing up and looking to recover the ball soon, against a Real Madrid that was betting on the counterattack, almost exclusively on the left, taking advantage of Vinicius’s speed.

The Brazilian originated the first white goal when he started on the band, putting Rodrigo in the center, who left the ball to Alaba in the area to release a shoe that made Ter Stegen’s stretch (32) useless.

The goal fell like a jug of cold water for Barça, which barely disturbed the rival goal in the first half.

After the break, Barcelona improved, adjusting their pressure with more precision and arriving with more danger, against Real Madrid, which started far behind, holding up the Barça attacks.

The merengue team was gradually leaving their field, shaking off the pressure of Barcelona to return to Ter Stegen’s area with danger.

As the minutes passed and behind on the scoreboard, Barcelona went more and more forward, leaving behind some spaces that Real Madrid ended up taking advantage of in the discount with an empty shot by Lucas Vázquez (90 + 3) .

The goal sentenced the match making the last goal of Agüero’s goal (90 + 6) useless.

(With information from agencies: AFP / EFE)