Bullfrag
Home Entertainment R2-D2 and the theory about his paternity 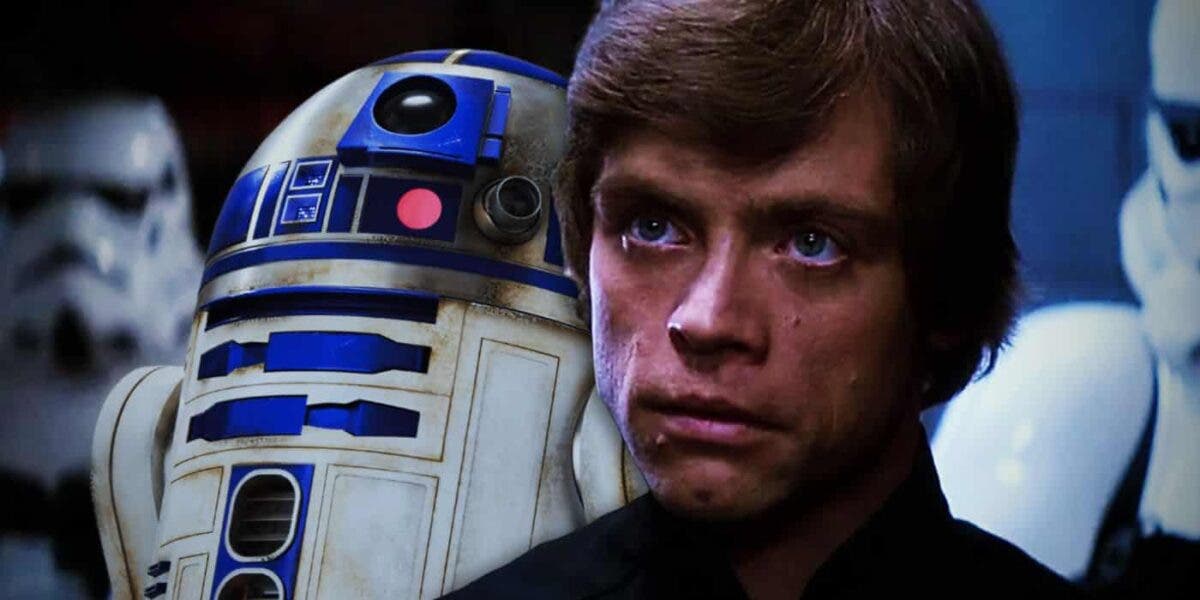 After the premiere of Star Wars: A New Hope, fans created theories about Luke’s father. The craziest thinks that she has been by her son’s side at all times.

The first appearance of a character in Star Wars: A New Hope (1977) was neither more nor less than R2-D2. His early appearance has demonstrated the importance of the little droid during the saga. In fact, a theory created by fans after the premiere of Episode IV, gives R2-D2 more importance than they could have imagined. Her conclusion is that Luke’s father had always been by her side. Aka, R2-D2.

Following the argument of this somewhat questionable theory, the character is not a droid, but a cyborg. And this means? It has a human part in addition to its technological half. The human side is what was left after the duel with Darth vader. Which means that Obi – Wan he told Luke that he had killed his father. He told him from Vader’s point of view. The Sith Lord believed that he had killed Skywalker, but in reality, enough for the man’s brain to survive. So it could be preserved thanks to the help of robotics.

The theory was totally refuted in The Empire Strikes Back, and no one gave much credence after the shocking revelation of Vader’s identity. Not to mention how ridiculous it sounds for a droid to be the father of a child. However, from another point of view, it might have made sense only with A new hope. In a strange way, but with the touch Star wars.

At some point during the writing process, Luke’s father would be alive and would appear in the story. However, the idea was scrapped. In the end what is shown is Luke being an orphan and living with his uncles. When Chapter IV was released, he is named twice during the film: by his Uncle Owen, and the second by Obi – Wan Kenobi.

Neither of these characters told Luke the whole truth. Uncle Owen told him that he had been a navigator on a spice freighter. In Obi – Wan’s case, he was a great pilot and warrior. Both of them coincide in his death, although for different reasons. The end result: his identity was left undefined. The conflicting stories about him made people think that he was not quite dead. In fact, it could even be the droid that has been by his side for so long.

The test was simple, but occasional at best. It could have been proven why the droid was so important during the Rebel Alliance. Had Skywalker been an exemplary Jedi warrior, he could have been of assistance to the Rebels in the fight against the Empire. Furthermore, it helped explain why he advanced so quickly during his training as a Jedi. He quickly learned how to deflect sword shots or communicate with Obi – Wan after his death. Despite only training a few days ago using the Force. If Anakin was hiding inside R2-D2, it means that he could have been helping his son at all times, even though Luke was unaware.

Although the theory might have worked, there was nothing in Star Wars: A New Hope lean in that direction. If you think about it carefully, it is also not worrying that I was wrong. The final reveal in The Empire Strikes Back (1980) would not have been the same if it had been the droid who had claimed that he was the father of the protagonist.

What do you think about this theory? Did you also think the same when you saw the movie for the first time? Leave us your opinion in comments.