Bullfrag
Home Entertainment Fashion Queen Letizia conquers us with a black dress loaded with fringes that... 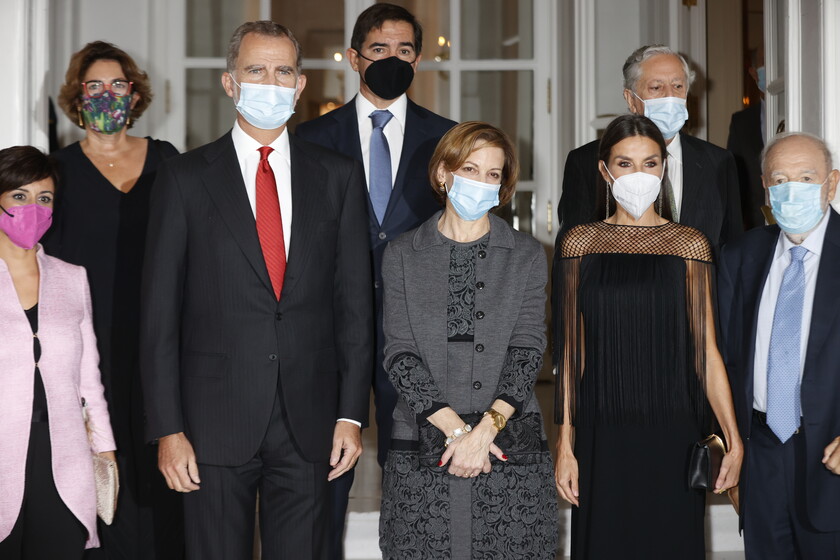 Today the royal agenda has had a new appointment for which Their Majesties the Kings have presided over the act of delivery of the XXXVI edition of the “Francisco Cerecedo” Journalism Award awarded by the Association of European Journalists, to the American journalist, historian, columnist and writer Anne Applebaum.

And, as we have learned, the jury agreed to award him the award “For his research and dissemination work on authoritarianism and the new populist phenomena. His articles in The Atlantic and previously in The Economist, Evening Standard and The Washington Post are a reference to understand the social and political movements of European countries such as Hungary and Poland, where some of the principles, freedoms and values ​​intrinsic to the European Union ”.

For this appointment, Queen Letizia has thrown back the wardrobe and makes us deeply happy since she has recovered a beautiful black dress that already conquered us back in 2019 when she premiered it precisely at the gala of the 99th International Awards. of Journalism of ABC.

It’s about a spectacular tight black Hugo Boss dress, with a pencil skirt, with a strapless neckline where the originality of the design resides thanks to the mesh fabric on the shoulders from which maxi fringes hang down to the waist and also on the arms. Simply perfect in its day and now.

As accessories, in addition to some black salons of Manolo Blahnik, Mrs. Letizia has chosen a Nina Ricci clutch in black with gold details that is a great choice, as well as her inseparable ring by Karen Hallam.

Read:  With these armchairs and sofas, your living room will be renewed to receive the new autumn season with a touch of warmth

A look of ten.