Qatar 2022: Nike, Adidas, Puma… what are the most popular shoes in the World Cup? 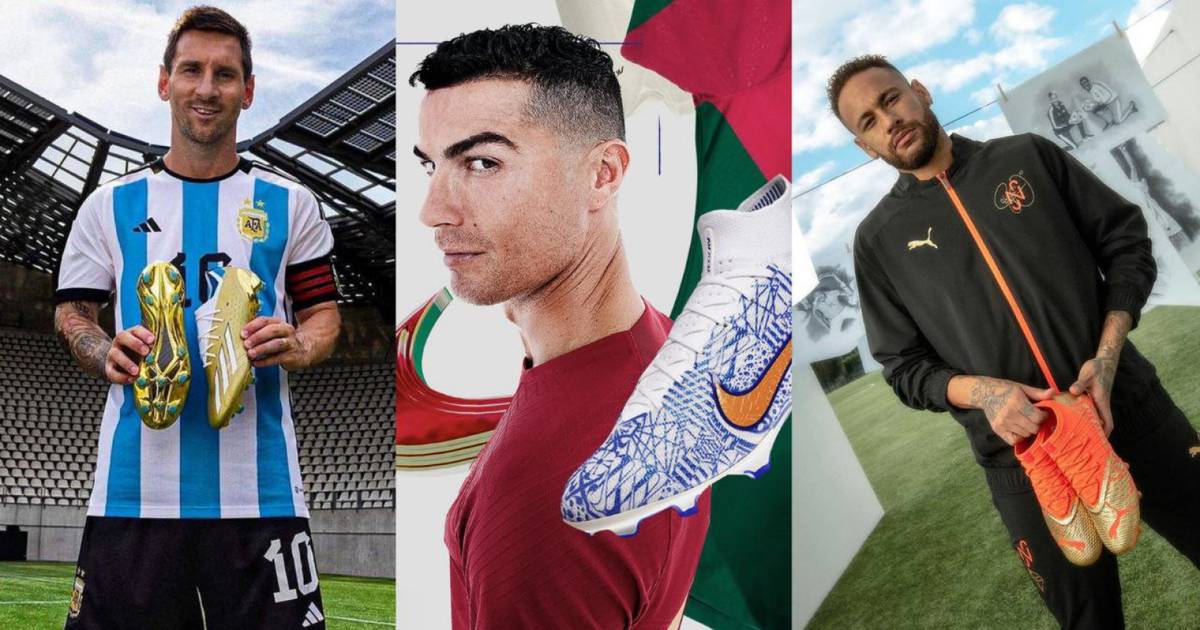 The large multinational shoe companies fight over their presence at major sporting events, such as the Qatar World Cup 2022. Nike, Adidas and Puma, among others, look for the most popular players to wear their models.

Historically, let’s remember iconic moments that link soccer stars and shoes, such as Pelé tying up his Puma boots in Mexico 70, or Ronaldo with his Nikes around his neck in France 1998.

Now, just a good campaign is enough to focus on the models used by the great football figures.

In Qatar 2022, which is the company with the most players wearing their boots?

Other companies have a small percentage, such as Mizuno, New Balance, Under Armor and Pirma, according to data from The Sun.

The stars and the models of shoes they use, will someone from Nike, Adidas or Puma win in Qatar?

But now we come to another topic: who will be the star player of the championship and what brand does he use?

For example, Leo Messi is a figure of Adidas. The fact that Argentina wins the tournament with him as the protagonist will boost the German company much more.

Neymar uses Puma: for Brazil to win in Qatar 2022, the company would skyrocket.

That would be the grand prize of every sneaker company.

And in terms of models, which are the most popular? According to The Sun, the leader is the Nike Mercurial, with 253 footballers using it. They are followed by Adidas X with 164 players and Nike Phantom with 118, Adidas Predator with 82 and Adidas Tempo with 68.