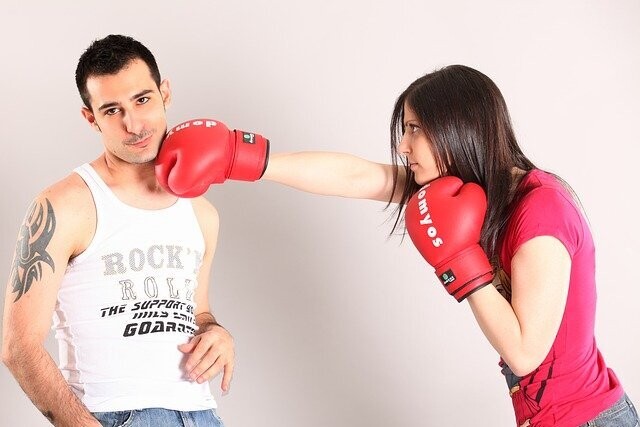 According to a new study from Lund University in Sweden, there appear to be profound discrepancies in the way victims, unlike the rest of society, evaluate different types of violence.

In this way, the study suggests that, in general, we have difficulties to understand the potential severity of psychological abuse and violence by women against men.

Differences between physical and psychological violence

The study authors asked 113 American participants to write a text describing the psychological or physical violence they had experienced in an intimate relationship and to rate the severity of such violence. These texts were later given to another 340 participants, who read them and also rated them for their severity.

Psychological abuse was rated less severe by those who read about it, compared to those who had experienced it. In contrast, readers rated physical violence as more severe. As explained Sverker Sikström, lead author of the study and professor of psychology at Lund University:

We often focus on how dangerous physical violence is and forget how much people suffer from psychological abuse. This may simply be a communication problem, in which we cannot convey psychological suffering in the same way.

The researchers also examined the importance of gender in the perception of physical violence. This was done by exchanging the names of the male and female perpetrators and victims. Violence was rated worse if the evaluator incorrectly believed that it was committed by a man against a woman, than if it were the other way around:

We have laws against physical violence, while many types of psychological violence are legal and have no real consequences. We hope that our study can lay the foundation for a more accurate assessment of violent crime, where communication difficulties and gender-based preconceived notions are taken into account.

Also, understand the different types of violence, current assault and homicide statistics, and even how violence is used in other animal species, can offer us a more complete understanding of the situation. You can expand on it in the following video:

Read:  AI: these researchers discovered a powerful antibiotic thanks to machine learning

They demand to remove TikTok from the Apple and Google stores |

Ricardo Salinas fired his personal community manager for this reason