Production begins on the new INEOS Grenadier, the British off-roader is coming 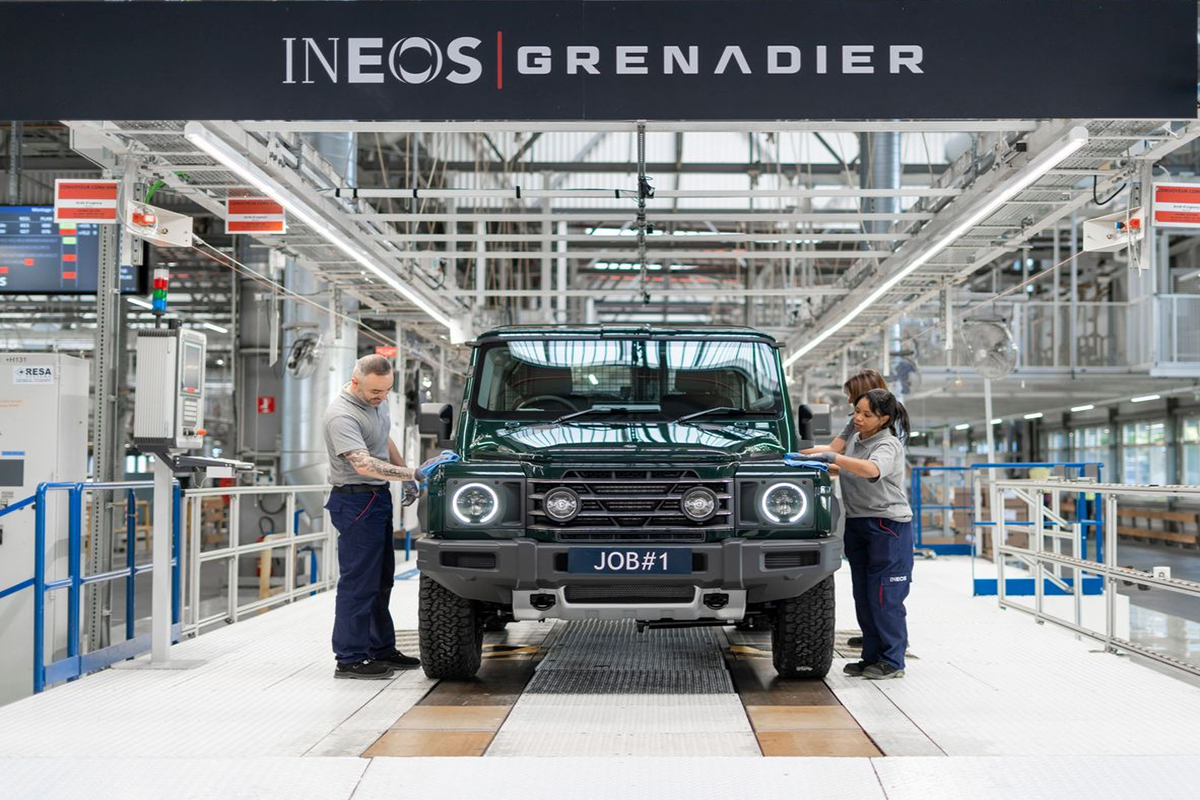 The new INEOS Grenadier has already entered production. Having solved the problems in the supply of parts and components, the French factory in Hambach has returned to factory life with the first units of the new British off-roader coming off its assembly lines.

A few weeks ago it was known that the production of the new INEOS Grenadier was delayed by a series of problems in the supply of parts and components. The British manufacturer preferred to have sufficient stock in its warehouses rather than be forced to stop production with the units on the production lines. Now, the brand has already solved this situation and the first units of the SUV have begun to leave.

The French Hambach factory, the former Daimler factory where the smart models have been manufactured, has come back to life, after a period of time in which a series of improvements have been made to adapt the chains of montage to this new, and brutal, all terrain. Of course, the first unit of the new INEOS Grenadier has an owner and it is not just anyone, but rather the founder of the brand: Sir Jim Ratcliffe.

Index hide
1 The new INEOS Grenadier, ready to hit the market
1.1 Mercedes G-Class 2023, an update to say goodbye to the era of the thermal SUV

The new INEOS Grenadier, ready to hit the market

Those responsible for the brand have explained that, during this mandatory stop due to the situation, it has also been used to solve other fringes related to the control software on board the new off-roadera key factor to guarantee the perfect functioning of all the systems and that was pending completion.

Read:  This will cost the British the funeral of Queen Elizabeth II

“We are not immune to supply chain issues and are not willing to sacrifice quality for a faster path to market,” said Mark Tennant, chief commercial officer for Ineos Automotive, adding that “Putting a car into production is devilishly difficult, everyone knows it and there are plenty of case studies of companies that don’t make it. That’s why I recognize the difficulties, but I also celebrate the resilience and success of our technicians.”

Mercedes G-Class 2023, an update to say goodbye to the era of the thermal SUV

The production capacity is will progressively increase, targeting December when full performance will be reached. The goal is to produce as many units as possible to perform the tasks. deliveries of the 15,000 units reserved in advance to the ordinary commercial launch, which took place just a few days ago. These 15,000 units have preference to satisfy the commitment made with customers. Once completed, the brand will gradually increase production until 50,000 units per year.