Bullfrag
Home Technology Now you can water ski and do exercise boards with Supski |... 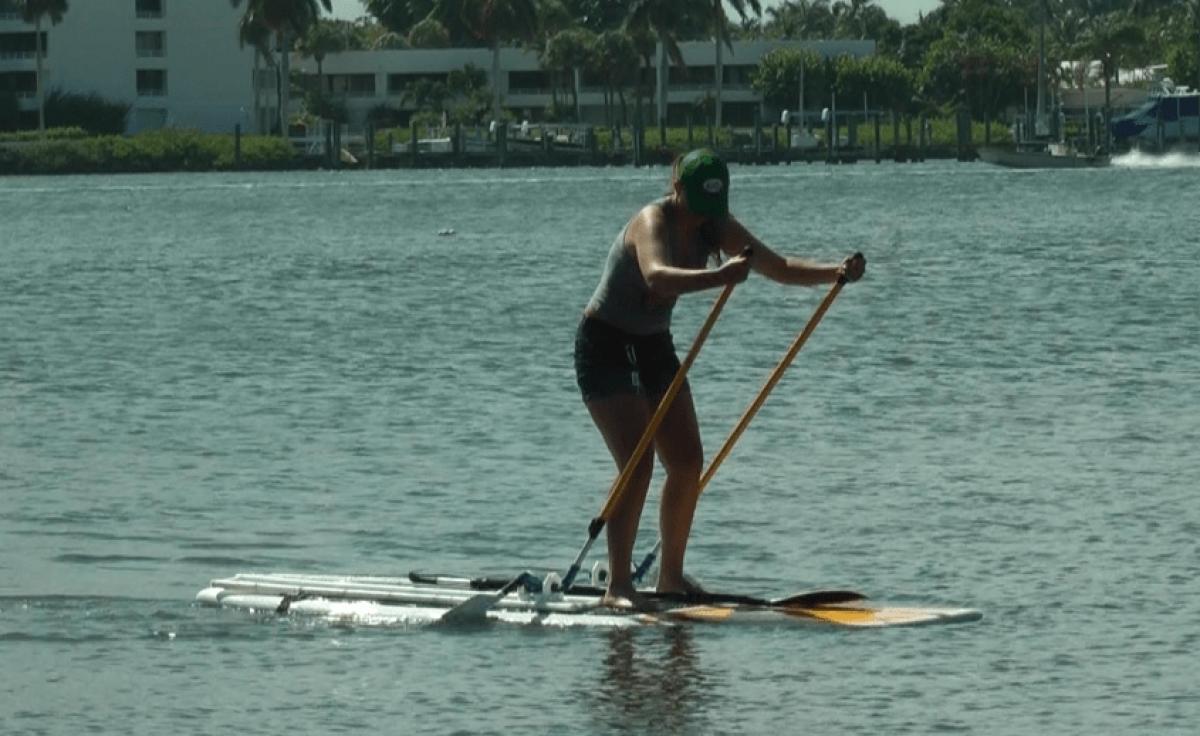 Why limit yourself to rowing when you can do a full board of different exercises outdoors, and in the water?

Doing sports at home, or in a gym, is very good, but we do not receive the benefits of exercising outdoors.

The pure air, the sun, the contact with Nature have multiple benefits, both physically as psychological.

Supski it’s something like an exercise machine in the water. Among other things, you can cross-country skiing in the water. Take a look at the video to see how it works, it is a very curious system:

Supski is an inflatable board that has special oars that combine classic ski poles with a guide and rope system, so you can move through the water as if you were skiing.

As seen in the video, the movements that must be carried out to row, are identical to those of skiing.

This was the first idea that its inventor Guy Chaifetz put into practice in 2015, but it has since evolved.

Now Supski has become a true exercise machine on water.

With these treadmills you can keep your body active and enjoy a good running session without leaving home. We show you the best ones in stores … And for less than 500 euros!

In addition to standing skiing, these special paddles are adapted for sitting and kneeling, paddling forward or backward.

That is, even if you row backwards in the opposite direction, the table moves forward …

There is also the option to use conventional paddles. And there are different accessories to complete more relaxed tasks, like fishing.

Read:  IPhone 12 cases will not be compatible with iPhone 13

After 6 years of development, Supski seeks financing on Indiegogo to be manufactured.

The ski board and paddles, available in various heights, cost 648 euros. There are also accessories such as seats or short and traditional oars, for an additional price.

A curious idea, although at the moment it is not attracting attention in Indigogo, far from the more than $ 129,000 that it hopes to raise.

But you still have two months to get it.

Why do children need a happy family?