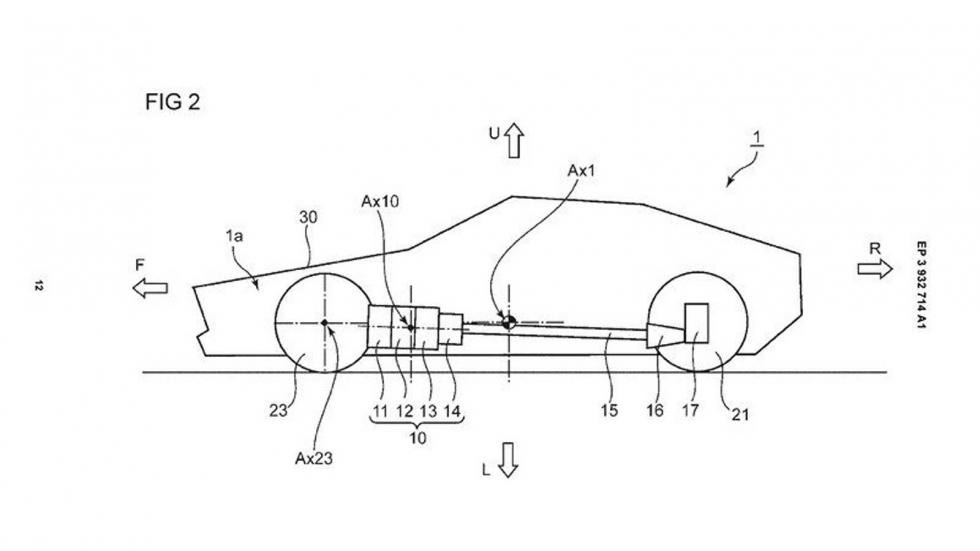 Mazda is determined to step forward and recover one of its hallmarks, the Wankel engine. Long rumored with continuous dates and delays, now the brand works with this technology that it knows very well applied to electrification. The latest is a very interesting leak: the patent for a Wankel-powered rear-drive hybrid scheme.

In Hiroshima, eyes light up and shine like never before when there is a leak of the secrets that Mazda works on. The Japanese Premium brand has large open fronts, from a completely new model range to a new era marked by electrification, a field in which the firm is lagging behind the Japanese competition and the Europeans. But it is understood in view of the latest leak, because the feeling is that the brand intends Stand out from the competition not only with the most sophisticated technology, but with a level of efficiency never seen before.

The latest example has come with the patent filing of a new Mazda scheme in which the rotary engine is one of the main protagonists. But there are several more novelties: one, and very important, is that the leak has occurred at the European Patent Office, which gives an idea that they intend to market it in the Old Continent, while another part no less important is that the powertrain that the Wankel is embedded in is a hybrid, with the first arranged in the front.

Mazda brings back a three-rotor Wankel for a powerful hybrid

The Japanese discoverer of such a curious system points to the existence of three rotors within a casing, which suggests an almost “unprecedented” configuration that, of course, will not be the one we will see in the new hybrid Wankel that the Japanese brand prepares for the Mazda MX-30 crossover, in which this system would function as an energy extender . The truth is that one of the details that makes the system so peculiar is also represented by the propulsion scheme.

Read:  Ford Bronco to fight fires, this is an electric car in the forest field

And it is that it shows a rear-wheel drive configuration, which suggests that Mazda may already be preparing the true replacement of the old RX-8, the last sports car that it sold with a rotary engine. Something that is not, at all, far-fetched, as well as the silhouette of a sporty model with a sharp drop from the roof line. While it is true that it is only a drawing to represent the patent technique, actually the fact of the rear drive and that we know that The new Mazda6 will offer this configuration, it opens the doors wide to a more than promising future with a sporty two-door coupe.

Currently, the Japanese brand has different open fronts in the field of propulsion, working expressly in the field of synthetic fuels, in addition to different applications in the field of rotaries. Although it is still curious, actually This three-rotor configuration is not entirely new, as the Mazda Cosmo, a sports car sold in the 1990s. and of which only 4,000 units were sold, it was manufactured precisely with this configuration of three rotors. But it is surprising that it is trying to prove its suitability in a hybrid that, surely, will offer high performance.