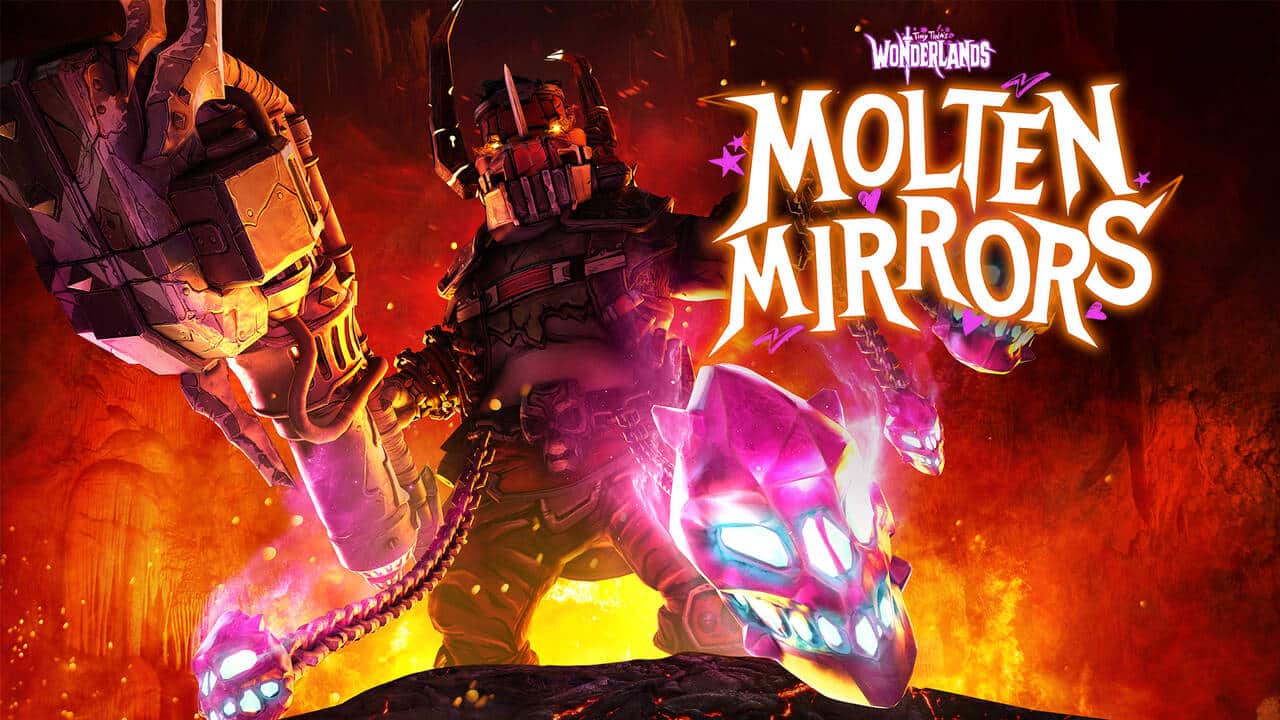 The game developed by 2K and spin-off of the legendary Borderlands saga, Tiny Tina’s Wonderlands has been advancing by leaps and bounds with regard to its content, delivering fun to its players so that they always have something to do in the world. Today, the new Tiny Tina’s Wonderlands DLC has been released, which includes a lot of news and loot.

Through his official YouTube account, Tiny Tina’s Wonderlands has released its new DLC called Molten Mirrors, which contains a new boss who, as the days go by, will deliver new rewards to those who dare to challenge him. Enemies in this quest will start at level 13, and will scale depending on the player’s level to match difficulty.

The new enemy named Fyodor will unlock for the first time various weapons to fight against all enemies, such as the Stab-O-Matic, Greed Warden and Petty Tantrum, along with the Lovestruck Beau spell, the Protagonizer charm and much more. As the player progresses, Fyodor will take on new forms with new Legendary loot. The Smithy’s Ire spell will be unlockable on June 30, the Tyrant’s Truth armor on July 7, and the Echoing Phoenix weapon on July 14.

Undoubtedly, a lot of content that comes to continue increasing the hours of play in the well-known and crazy Tiny Tina’s Wonderlands, of which we have its analysis here. This new DLC can be purchased independently or with the battle pass, getting ready for the next and last expansion content, which will include a new class.