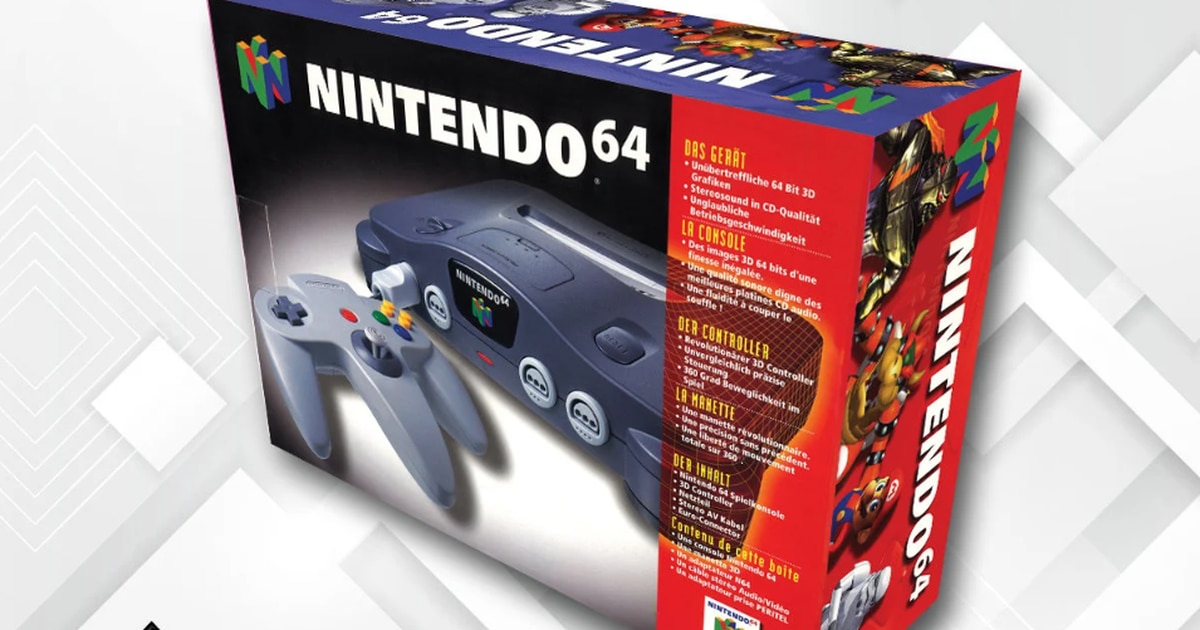 In this Christmas season, many have a wide budget margin to spend on some expensive gift. Maybe thinking about that scenario someone had the idea to upload a Nintendo 64 new and sealed at site eBay to ask an astronomical amount of money for it.

This console was one of the most important in Nintendo’s commercial history, for better and for worse, for two specific reasons:

First, it represented the company’s point of evolution and leap from 2D graphics to three-dimensional polygonal environments.

And secondly, the system was a relative sales failure that led it to lose its leadership position that was taken from it by the first PlayStation.

Even so, the Nintendo 64 had legendary titles that even made history for the entire industry, setting a precedent that was followed or imitated by all its competitors.

The Legend of Zelda: Ocarina of Time, Super Mario 64, Mario Kart 64, GoldenEye, Super Smash Bros., Pokémon Snap and a long etcetera make up the catalog of games for this system that justify having tried it at least once in your life.

Therefore, it is not surprising that someone had the idea of ​​putting this console on sale now in the middle of 2022 for a thousand times its original price.

In eBay one can find everything. Either under the auction modality or as a direct sale. But someone recently uploaded a product that ended up stealing the attention of lovers of the Japanese video game company that created Mario.

Read:  Where do the colors we see in the galaxies captured by James Webb come from? This is what astronomers explain – FayerWayer

And it is that someone has uploaded to the virtual store a brand new and sealed Nintendo 64 in its box, In virtually untouched condition, as if it just came out of the shop 26 years ago. But obviously the price was not going to be cheap. In fact, it calls for a total of US$250,000 by console:

The Nintendo 64 was released on June 23, 1996 and discontinued on April 30, 2002, in its own way it helped change the video game industry forever and at the end of its commercial career it ended up selling more than 32 million 930 thousand units .

Still, the cost raised in this auction is considerable. Especially if we take into account that the launch cost of the system was USD $250, but after a few months, due to the strong competition against Sony, it ended up lowering its cost to USD $199.

At the time of writing this note, no one has paid the USD $250,000 requested by the seller. But there is still time for it to happen.