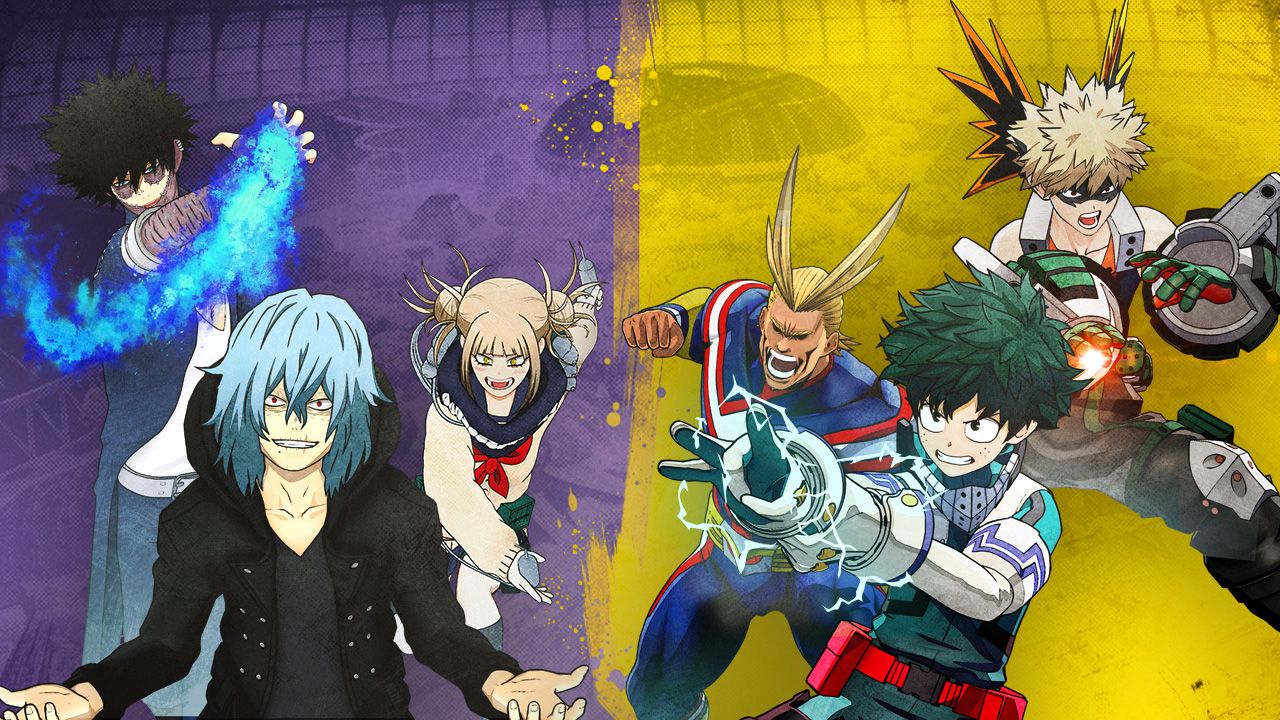 Share
Facebook Twitter LinkedIn Pinterest Email
Index hide
1 Developed by the Byking studio and hand in hand with Bandai Namco, the first online multiplayer game of the acclaimed manga and anime series My Hero Academia (Boku No Hero) comes to us from the Land of the Rising Sun.
2 We leave two first impressions of the title
3 No introduction needed.
4 frenetic gameplay
5 Very good
6 conclusion
7 conclusion
7.1 Share it with your friends
7.2 I like this:

Developed by the Byking studio and hand in hand with Bandai Namco, the first online multiplayer game of the acclaimed manga and anime series My Hero Academia (Boku No Hero) comes to us from the Land of the Rising Sun.

My Hero Ultra Rumble had a closed beta available for PS4. And it will also come out on PC, Xbox One and Nintendo Switch.

At Bitwares we had the privilege of being able to test the Closed Beta of My Hero Ultra Rumble, an online Battle Royale in which we can embody a hero or villain from the beloved My Hero Academia series and form a team with two other players to defeat all rival teams. Spoiler alert: we had a lot of fun.

We leave two first impressions of the title

Although no explanation should be necessary… for those who don’t know who Izuku Midoriya is, I will briefly explain that he is the protagonist of one of the most successful anime series of recent times. Which is the story of a group of young students with various superpowers who attend an academy to train as superheroes. In this game we will have a generous assortment of the most relevant heroes and villains of the franchise. It is not necessary to know much more about the history of the game to enjoy it, we also highly recommend that you watch My Hero Academia, it is a great anime.

The crux of this game is to choose a character to play online in a team of 3 players in a battle for survival against 7 other teams Battle Royale style (although I should call it brawler royale since it is mostly hand-to-hand combat), the last team standing will be the winner. Each character has their own abilities and a characteristic combat style. The characters can be customized at will with different costumes, voices, and postures that we will unlock as we win battles.

Each character has a different game profile: aggressor, assault, technical, fast and protector. We will spread out on the map and we will have to be quick to avoid dying at the hands of our enemies and in the process collect items that enhance our abilities. As in other battle royales, as the game progresses the map will shrink and if we stay outside the security frame we will receive damage until we die.

This game has quite simple controls to handle. The action is frenetic so the quick and easy controls are appreciated. We have a menu feature that is quite slow for the speed of the game. Character movements are quite accurate in close combat, but a bit of aiming assistance is sometimes required for ranged attacks. At the same time, it seems that the hitboxes of the characters and some area damage abilities lack a bit of optimization, generating imbalances between the characters. Online combat is governed by the classic player level matchmaking system, which I found appropriate.

On the other hand, despite the fact that the loading screens are a bit slow, it is remarkable that we have been able to play without any lag. It remains to be seen if the full version behaves in the same way when thousands of players are connected simultaneously.

Regarding the graphics, we find a highly polished finish of the illustrations that are identical to those of the anime. The visual effects are excellent and the map design is very successful. Unfortunately we have run into visual bugs more often than we would have liked, some of them banal, but others involving texture loading problems that were evident to all players causing some to have a disadvantage due to having greater visibility than the rest.

It presents a good soundtrack, with chordal sound effects and voices in Japanese of each character. We will be able to modify the verbal repertoire of our character as we get new collectibles when we level up.

My Hero Ultra Rumble is a very promising free-to-play game. Not only for fans of the series, but also for the general public. It’s fun and very dynamic. Obviously, it needs to optimize some minor details, which is expected for a beta version. However, we liked it a lot and we are anxiously awaiting the final version.

Read:  Simracing: SimARG by Maycam is consolidated as one of the outstanding tournaments in Latam with Logitech and Red Bull as sponsors

I was fortunate to have been able to be part of the closed beta of MY HERO ULTRA RUMBLE and I must confess that, although I am not a big fan of the Battle Royale genre, what I saw I really liked

Although much of that I attribute mainly to the charm of the characters in an anime series that I love, it is also true that the title makes an effort to introduce some novel changes to the already repeated and overused formulas of the genre.

In the Beta we were able to test a total of 12 characters, 8 heroes and 4 villains, although it is expected that the final version will bring several more (perhaps unlockable through a Battle Pass).

As expected, each of the characters has different abilities and characteristics, according to the superpowers or “quirks” that each of them has in the original work. There are very skilled or strong characters for combat, others more stealthy or perfect for ambushing the enemy, or others with not so good conditions for close combat but with a specialty in supporting their companions, either through healing or “ buffs”.

Although the idea of ​​a Battle Royale is that all players are on equal terms, there are well-defined roles and differences here, but this leads us to the next point: the title is played in teams of 3 characters, and there are 8 teams competing at the same time. That is why MY HERO ULTRA RUMBLE focuses on teamwork, encouraging each player to choose an appropriate character/role based on what their teammates are choosing, in order to be as effective as possible as a group.

Once the heroes or villains of our preference have been chosen, we can choose in which area of ​​the mapping to start, and that is where the distribution of steaks begins. The game is fast and frenetic, and there is not much time to think of a strategy, so I think that constant communication with the other members of the team will be necessary, even if it is using the preloaded phrases that the title offers. As time passes, the game area is closing, as we have seen in other games like fortnite, and if we stay out of it we will die irremediably, so the only way out is to fight.

A new aspect is that the characters have three powerful abilities with limited use in battle, which can also be leveled up with items collected on the playing field. In addition, there are other temporary and consumable abilities, which we can also pick up and place in two free spaces for this purpose, and that allow us to increase our speed, armor or life statistics for a few moments.

Outside of the battle mode itself, the game has a menu type porridge, seen in other titles like GENSHIN IMPACT, where we can try our luck pulling to get new costumes, character phrases and emotes. The chances of each shot can be achieved with real money or by completing various in-game missions, such as surviving a certain amount of time or playing a certain number of times. At least in the Beta, completing these missions was not difficult at all and I got tons of shots every time I played (I got to shoot more than 100 times a day) which made it very easy for me to get all the costumes, phrases and special poses. I hope my progress is saved for the final version of the game, ha.

Finally, and speaking a bit of the technical part, the game looks quite good and respects the original designs of each character, and their powers and animations look like a carbon copy of their animated counterparts. It has voices in English and Japanese, and the latter are the same ones that those of us who watched the anime with subtitles are used to, so everything is excellent out there.

In short, for now MY HERO ULTRA RUMBLE it looks good, it brings news, it plays fast, it gives many opportunities to get extra things like skins and voices, and it will also be free to play. At least one opportunity deserves.