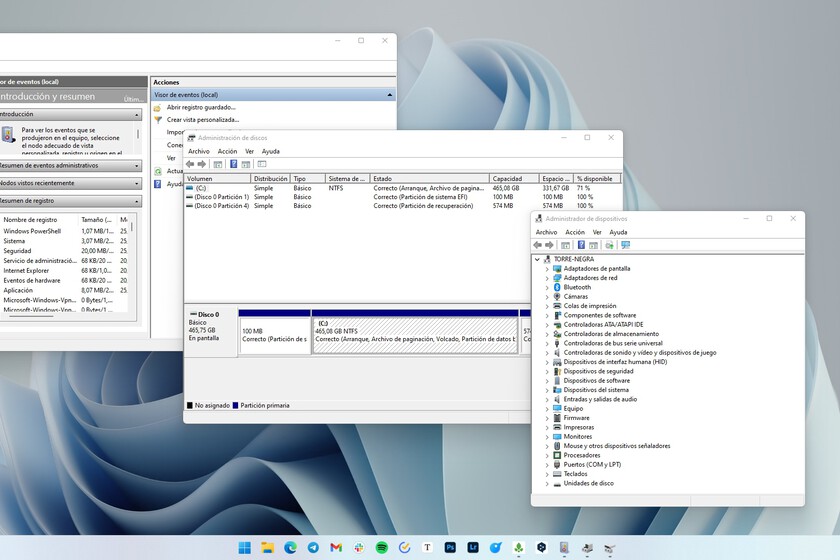 If there is something left over in Windows to carry out all kinds of activities, it is keyboard shortcuts. Almost everyone has their favorites, but not too many users learn much beyond the CTLR + C and CTRL + V that almost anyone using a PC internalizes.

One of my favorite shortcuts, in both Windows 10 and Windows 11, is one that is rarely mentioned, and It is used to launch a menu that is also “hidden” after a right click on the Windows start button.

The fabulous world of Win + X

If in Windows 10 or Windows 11 we press the Windows key plus the ‘X’ key, we will open a drop-down menu loaded with multiple options. This menu also appears if we right click on the start button, and the differences between one system and another are tiny.

Basically, in Windows 10 the option “System” appears and it was removed from Windows 11. Besides that, in Windows 11 PowerShell was replaced by the new Windows Terminal. Otherwise, they are exactly the same.

This menu includes shortcuts to options such as shutting down or closing the session, but also the “Run” menu from which we can write quick commands to execute certain processes. 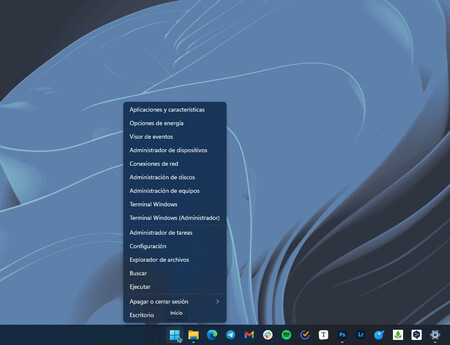 While part of this menu includes shortcuts to sections of Windows Settingssuch as Applications and Features, Power Options, or Network Connections, which have been moving out of the Control Panel; we are also going to find another lot that is still anchored in the past.

With Win + X we basically get direct access to a journey through some of the more classic Windows tools that have hardly been updated at all in years. The Event Viewer, the Device Manager, the Disk Management, and even the Task Manager itself, are all utilities that have been in Windows for decades, and no matter how “modernized and redesigned” the new Windows 11 or even the already “old” Windows 10, they stay the same.

Read:  The release date of the iPhone 13 and AirPods 3 appears in a leak | Technology

The new old design of tools in Windows 11

This menu is very useful because many of these tools are part of the Control Panel and since Microsoft has been moving so many things from there to Settings (but not all, obviously), finding them is sometimes more complicated than it should be.

With a Win + X they appear at hand quickly. The Device administrator it comes in handy when a controller acts weird or stops working. The Disk manager It is Windows’ own tool to manage our partitions and it is also quite useful to see the status of our disks. The Events viewer it can be very helpful when trying to troubleshoot and find the cause. And, the Task Manager never lacks good things to say, although it has its own shortcut (CTRL + SHIFT + ESC).

You may already know this menu or / and shortcut, or you may not. Windows has so much old stuff mixed in with new stuff, that it still lets you close windows like 35 years ago even though no one uses the feature, and fewer people know it’s there. What may seem obvious to some may be a discovery for others today. I’m sure that for a few, this menu will be one of those last.

recipe to show off at Christmas