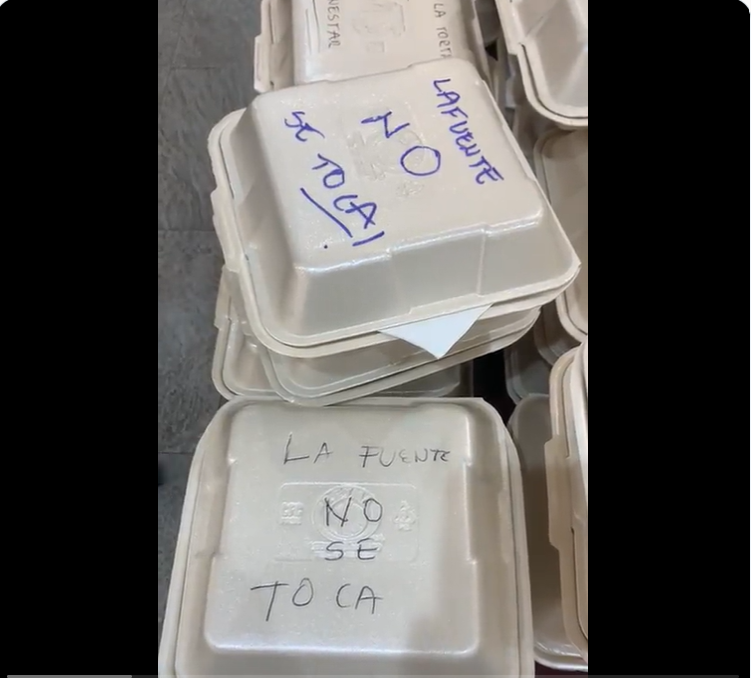 At present, the exercise of journalism in America has been one of the most complex to study, since the conditions have not completely changed, but its visibility has. And it is that -with the technological revolution of the last decades- Today’s journalists have three major challenges: taking care of their physical safety, fighting for their legal rights, and establishing a digital narrative that gives them a voice behind the very information they share.

Contemplating that the fourth estate is no longer in the media, but in the stories and products of investigative journalism, America has gone through a series of events that mark international concerns in the midst of a fragmentation of the media ecosystem and, therefore, of Public opinion; now, it is the media, the reporter, the editor, the photographer, the readers and NGO’s who demonstrate the defense for the integrity of the author and its content.

Should journalists count for what they know and can prove or for what they think?this is a question that owners and directors of the media are beginning to centralize by noticing campaigns against the profession where “narrative wars” are created between governments and opinion leaders.

An example of this can be found, above all, in Latin American countries, where permanent political campaigns are maintained and post-truth scenarios are adopted that seek to undermine the credibility of the proven facts and assume a virality supported only by ideological positions, that is. , contrasting the data collected by journalists only with words.

“Until 2015 we were seeing an improvement in democracy and a relaxation with press freedoms, but in the last five or seven years there has been an increase in authoritarianism in the American continent and people manipulating and closing the media when they can,” warned the director of the Inter-American Press Association (SIP) in an interview with EFE, where he placed special emphasis on the political, economic and security crises that several Ibero-American countries have faced, especially Cuba, Venezuela and Nicaragua, where the “only freedom of expression is what the government allows.”

According to the World Press Freedom Index 2021 by Reporters Without Bordersjournalism is “blocked” in more than 130 countries, but the deterioration is more visible in Latin America.

Among the limitations that have resulted in deterioration of the indicator that measures the difficulties of access to information for journalists are job and salary precariousness, physical and digital insecurity, stigmatization, censorship and government harassment, as well as murders.

For many years, job insecurity in the press has normalized, either due to the increasing digitalization or the romanticization of journalistic work. The truth is that in America the working conditions, risk of life and the disdain in the struggle between information and the Government have made it increasingly necessary to raise our voices and break with the “golden rule” that “the journalist is never the note”.

Only in Mexico, the We Need to Talk Assembly has reported salaries of less than two hundred dollars a month (close to 3,955.76 pesos), as well as overtime, political accusations, persecution and personal surveillance, because For the vast majority of the media, “journalism doesn’t have a schedule” and, consequently, neither do journalists.

“In 2022 our country, for the fourth consecutive year, is the most dangerous in the world for journalists, ahead of nations at war such as Ukraine, which has eight cases, or Yemen, with three cases. Despite the number of 15 journalists murdered this year, the President has only condemned five of these cases”, revealed Carla Humphrey, Counselor of the National Electoral Institute (INE).

This is in reference to data from the organization Article 19, which documented 331 attacks against journalists in the first half of 2022 alone, which represents an increase of 51.83 percent compared to the same period in the leadership of the previous government.

Likewise, the Inter-American Press Association (SIP) corroborated that In Mexico, 20 out of 40 journalists have been murdered throughout the American continent.

“There is an increase in government verbal attacks against journalism, and also an increase in murders of journalists, and we see that the Police and the Government do not always work to solve them.”

“Whether it’s explicit or implicit, it really feels like there’s some permission (from the authorities) and that’s why We have asked the Mexican government, on multiple occasions, to investigate and prosecute the murders of journalists,” exposes the director of the IAPA, Michael Greenspon.

As to labor precariousnessthe most palpable example was that of the more than a thousand workers of ‘The New York Times’ who went on strike this Thursday, December 8, 2022, after failing to reach an agreement with the company to increase wages.

And it is that the NewsGuild of New York, a union that represents the workers, has asked the management of the renowned medium to contemplate wage justice in the face of high inflation, but in the face of the refusal, the spokesperson assured that the members “They are willing to do whatever it takes to get a better newsroom for everyone.”

However, according to the committee, management continues to reject the wage floor and its proposal “lags far behind both inflation and the average rate of earnings gains in the United States.”

“More than 1,100 New York Times workers are now officially on strike, the first of this scale at the company in 4 decades. It’s never an easy decision to say no to doing the job you love, but our members are willing to do whatever it takes to win a better newsroom for all.”

Over 1,100 New York Times workers are now officially on work stoppage, the first of this scale at the company in 4 decades. It’s never an easy decision to refuse to do work you love, but our members are willing to do what it takes to win a better newsroom for all. #GuildStrong!

Meanwhile, in Mexico, journalists also protested the same day for political disdain during a press conference, viralizing the hashtag #LaFuenteNOseToca.

And it is that the deputy of Morena, Mario Rafael Llergo Latournerie, he would have disrespected a reporter when questioned at a press conference about the alleged resources used by the National Electoral Institute to promote the march against the Electoral Reform of President Andrés Manuel López Obrador.

When questioning the evidence to denounce Lorenzo Córdova, the official contemptuously asked the communicator: “Do you work at the INE?”, which sparked a general rejection of the press and made all the information sources leave the room in Chamber of Deputies and refused to continue covering the report.

But the event did not end there, because immediately afterwards, as an “apology”, the Morenista parliamentary group sent cakes to journalists in unisel boxes, which they rejected and returned with phrases such as: “The fountain is not touched” and ” the grievance cannot be cleaned with a Chayo Torta”.

Deputy @mariollergo he disrespects a fellow source @Mx_Diputados He asks: “Do you work at the INE?”

These three recent examples not only show a high rate of dangerousness in the profession or the lack of labor justice and the acts of division and polemicization by governments, they also put at the center of the conversation the limits that are crossed or made ineffective in the fight for freedom of the press and survival.

Manual of “not recommended” phrases for journalists covering Qatar 2022 presented

Journalists react to salary in fast food in the US: “8 times more than a doctor”

AMLO asks the US to release audio files of bribes to journalists; “should be public”