Bullfrag
Home Entertainment Movistar + reveals the premiere date of the new comedy from the... 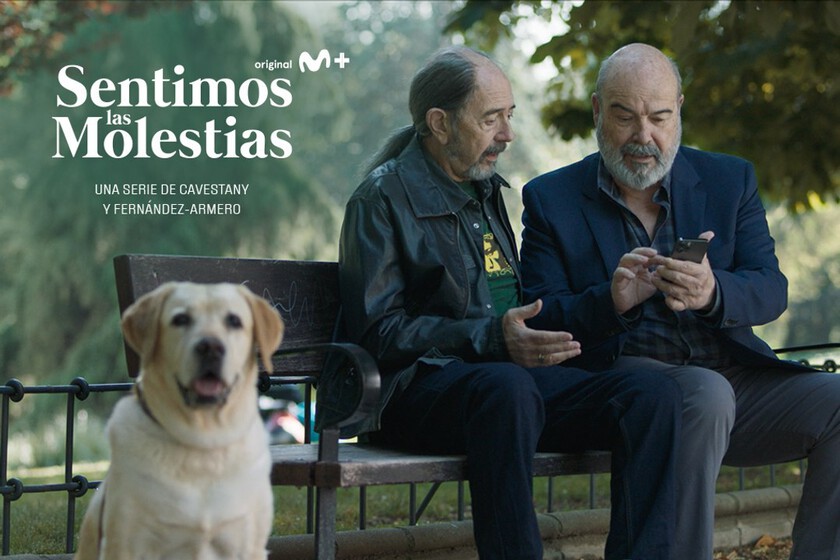 Almost two years after we said goodbye to the ‘Shame’ of Jesús Gutiérrez and company, the creators of the comedy have a new series on Movistar +: it is called ‘We feel the inconvenience’ and it will arrive on the platform next February 2022 and we can already see a first preview.

Starring Miguel Rellán and Antonio Resines, the six-episode comedy will follow two men who have lived through better times (one as a musical conductor and the other as a rocker) who are faced with the dilemma of “retiring or reinventing themselves” in the face of the arrival of new generations who are casting them into one side of the road to success.

In this first teaser, or preview, if we get a bit strict, we find a scene in which Müller (Resines) struggles to understand the world of WhatsApp emojis when it comes to flirting.

Along with Resines and Rellán, the main cast is made up of Fiorella Faltoyano, like Gloria, Müller’s wife; Melina Matthews, as Victoria, a virtuoso on the cello of Müller’s orchestra, and Maria Casal, as Elena, the lawyer who manages the eviction of the building where the rocker lives.

Juan Cavestany and Álvaro Fernández-Armero are the creators of the fiction that, in their words:

«It’s about music, age, romantic relationships, illness, and friendship. We intend to make comedy with these elements and at the same time put a rigorous look on our characters in a realistic current context »