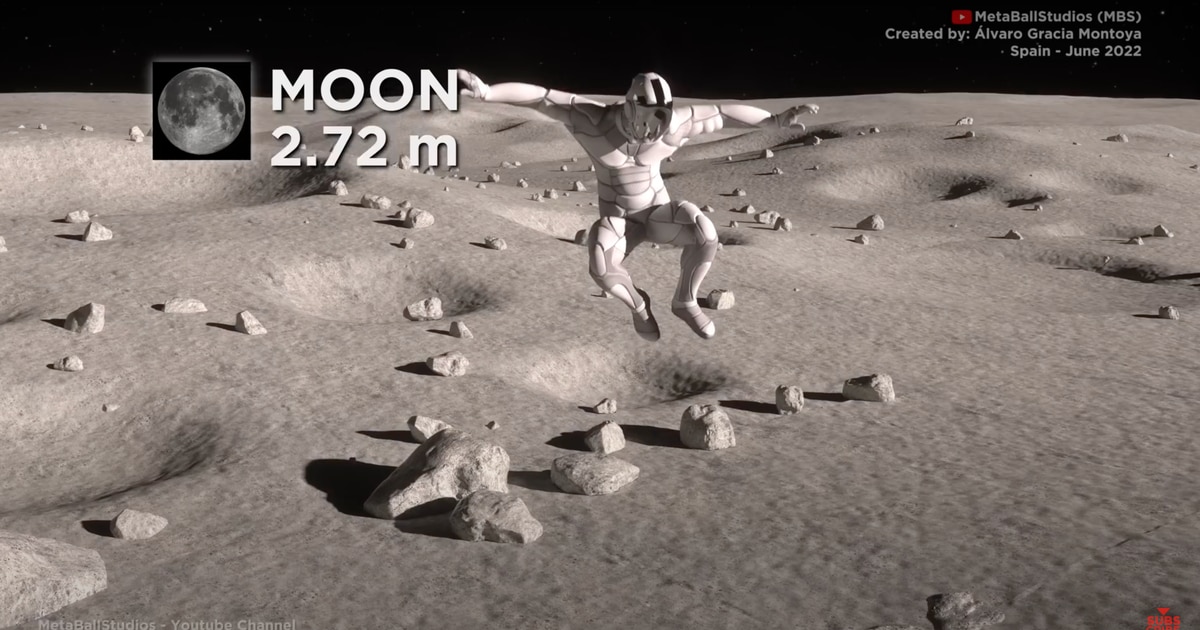 “How high would you jump over other planets or moons? In this video we represent the average jump height of a person on Earth and its equivalent in other worlds of the solar system”, they point out from Metaball Studios on their YouTube channel.

An interesting question to answer. It is known that on other planets the gravity is different. Taking into account the respective numbers of different planets and moons, specialists in curious comparisons of large structures and phenomena of the universe made a cult video where a kind of astronaut is seen jumping on different space surfaces.

Index hide
1 some figures
2 Do you want to know where it would be? We invite you to watch the video here:

Thus, for example, they show us that on Earth the average jump of a human being is 0.45 meters high, while on Jupiter they barely reach 0.17 meters (17 cm). Neptune is in the middle of both with 0.39 m.

On Mars, a planet that is considering “colonizing”, the height reached was 1.18 m, while on our moon, the height was 2.72 m. The staggering figure of 7.11 m was reached on Pluto. However, it is not the place in the Universe where the average jump of the human being could be higher.

Do you want to know where it would be? We invite you to watch the video here: