Bullfrag
Home Technology Mobile phones are getting on badly with airplanes again, what happens now... 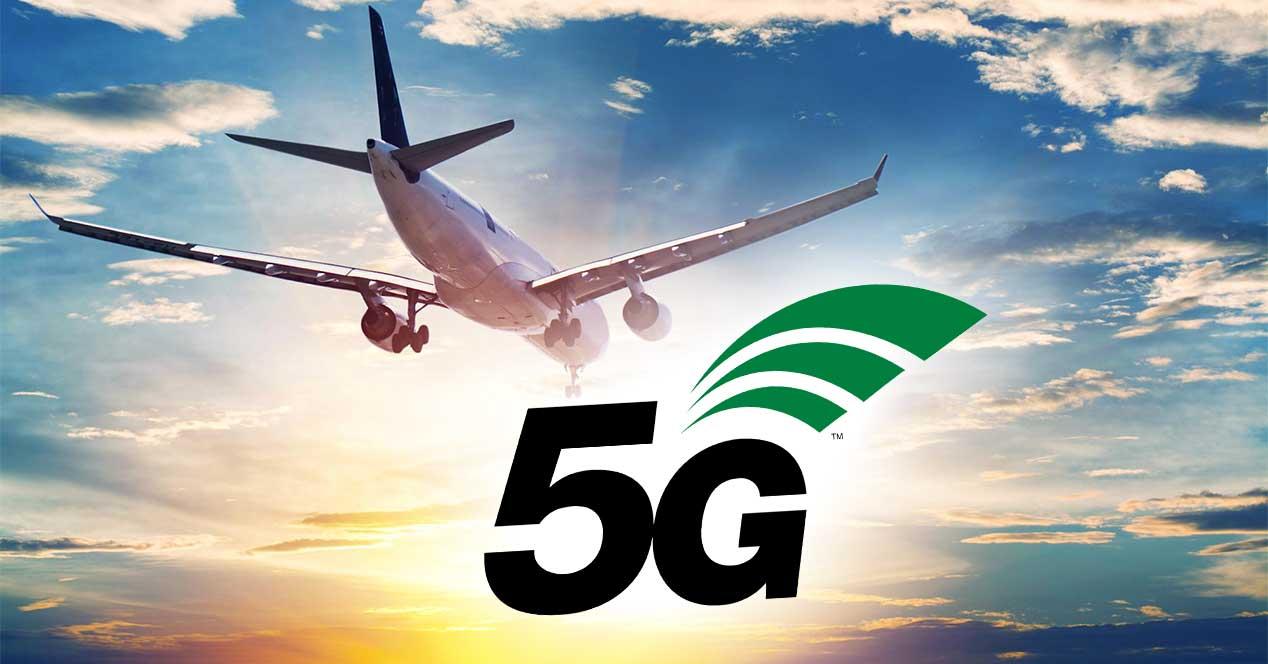 The radio frequencies are key in today’s world, as they are used for all kinds of telecommunications. With so many devices making use of them, it is not uncommon for there to be interference. Some can be simply annoying, but in other situations they can endanger people’s lives, as they now affirm with the 5G.

Specific, AT&T and Verizon have agreed to delay the 5G launch on the band C just a day before when the massive launch across the country was expected. On December 31, the Secretary of Transportation of the United States, Pete Buttigieg, and the head of the Federal Aviation Administration (FAA), Steve Dickinson, sent a letter to the operators warning of the problems that this deployment could generate.

Interference in Band C of 5G?

The 5G C-band encompasses frequencies ranging from 3.7 to 3.98 GHz. In the letter, they state that this frequency band can generate dangerous interference in the altimeters used by airplanes. Therefore, they ask that operators not activate these frequencies in antennas near airports.

Operators, however, have complained about this crash, stating that altimeters do not operate near the C-band of 5G. Altimeters use frequencies between 4.2 and 4.4 GHz, while the C band that they are going to deploy will make use of the part that goes from 3.7 to 3.8 GHz, so there are enough intermediate frequencies to guarantee that there will be no interference on airplanes. In addition, both frequencies are not harmonically related, so they cannot interfere with each other.

They have also complained that the FAA did not start collecting facts about altimeters until November, and for having requested five days before launch that they make additional accommodations in the spectrum. A spectrum for which they paid 80,000 million dollars last year.

The operators have agreed on a two week delay in the deployment to find a solution. This solution will probably go through establishing zones where these frequency bands will not be able to operate. Until June, AT&T and Verizon have agreed not to activate the bands near airports as a precautionary measure.

On December 21, Airbus and Boeing they also alerted the European Union of these doubts that the FAA has regarding possible interference from 5G. Previously, the FCC stated that a margin of 200 MHz guard between frequencies was more than enough to avoid interference.

In the EU, 5G currently operates in bands ranging from 3.4 to 3.8 GHz. Specifically, after the spectrum reorganization, Vodafone will use in Spain the frequencies ranging from 3,710 to 3,800 MHz, which are the ones that are being scrutinized in the United States to analyze whether or not they cause interference.

However, these frequencies carry being used for months in the European Union, and no case of problems or interference has been reported, as stated in the European Aviation Safety Agency (EASA). France currently does not operate 5G near airports as a precaution.

As such, the FAA’s fears appear to be largely unfounded, but it is good to carefully consider any potential for interference. Landing with an entire runway covered by clouds requires that the radars work perfectly, since it is not possible to make visual approaches.

Project Sophia turns your desktop into a modular gaming PC

Doctor Octopus and other Marvel villains that were once reformed |