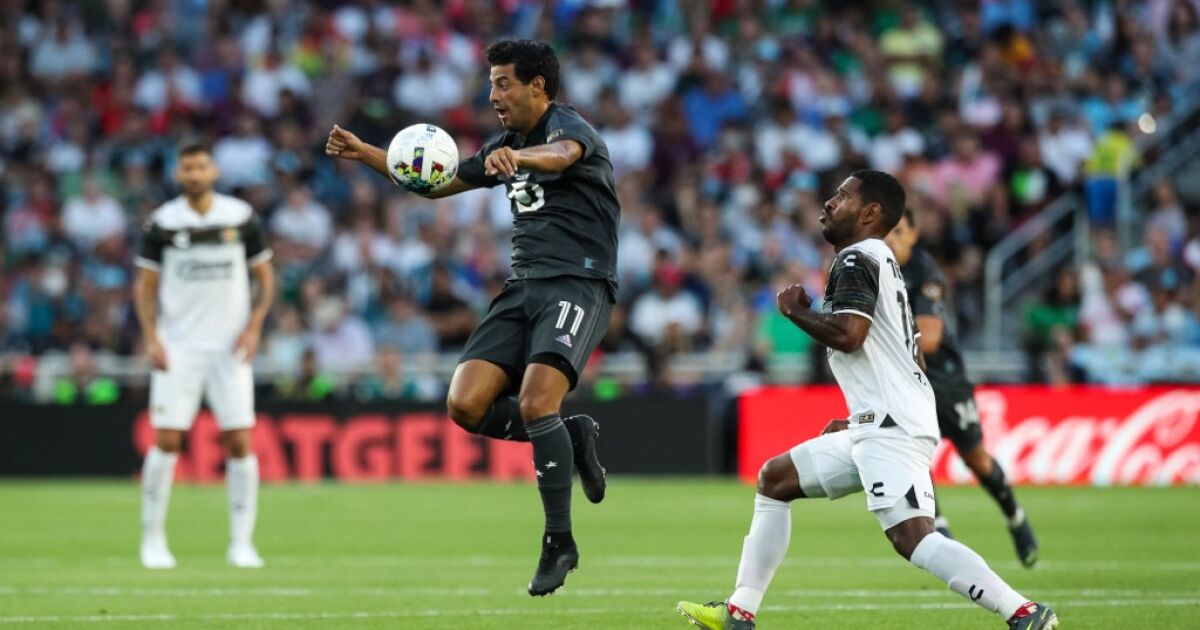 The best player of the match was goalkeeper Dayne St. Clair (MLS) for a series of spectacular saveswhich prevented more goals from the Mexican team.

The match began to uneven when Vela, after 3 minutes, scored with a header after an assist from Ecuadorian Diego Palacios.

The MLS was close to increasing, when at 17 Kamar Miller missed a shot also assisted by Palacios.

Shortly after, at minute 21, the LMX was close to a draw when Juan Escobar hit a shot that was finally lost very close to the left post.

The first half was entertaining, with a slight dominance of the MLS stars, who were constantly attacking the area with more ball possession.

Vela, one of the goal-scoring men in MLS, left in the 32nd minute for Californian striker Paul Arreola.

Forward Julián Quiñones was very close to the goal later by the LMX in the 44th minute, a shot saved by goalkeeper St. Clair, in one of his best saves of the night.

The MLS took the lead at 73 with a perfect execution of Ruidíaz’s penalty kick, but with six to go Álvarez closed the gap for the LMX with a powerful shot.

This was the second match between the MLS and LMX stars. The first, last year, ended tied 1-1.