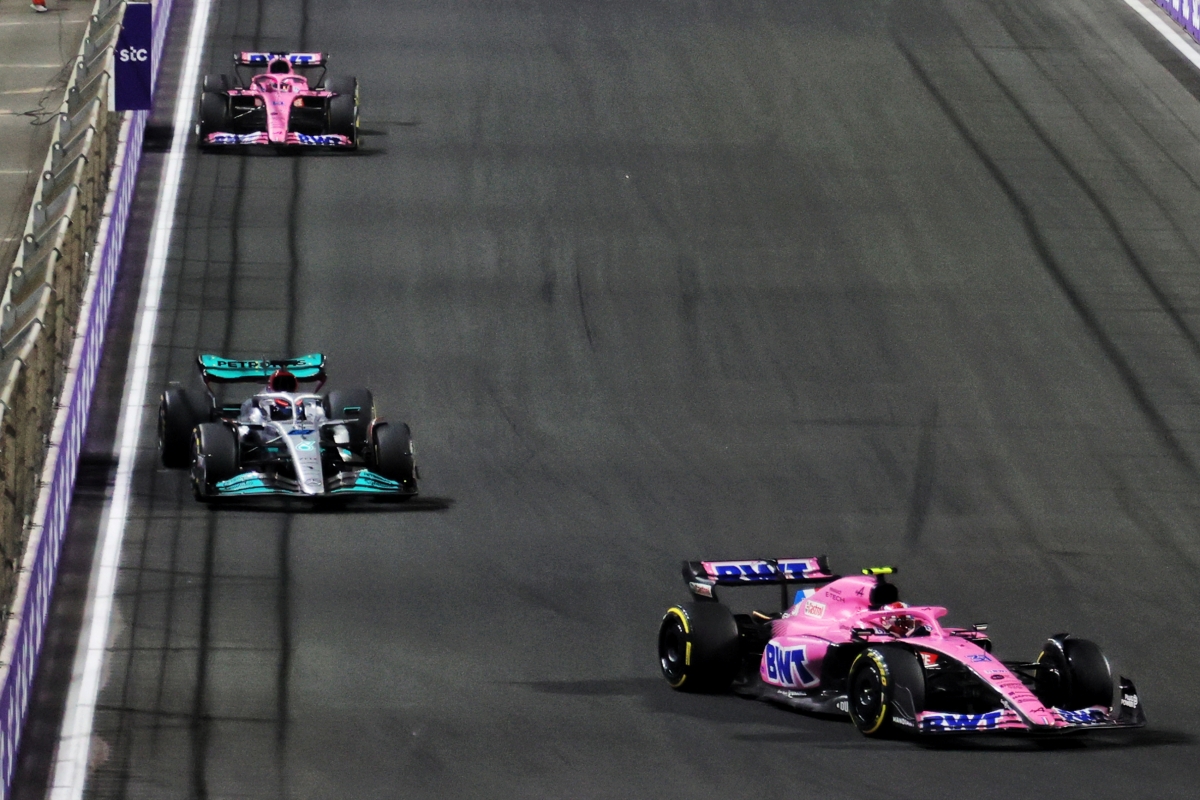 After two races, the performance of these two teams shows that both could compete for third place in the constructors’ championship. Is this a realistic goal for Alpine?

Although the constructors’ championship shows a clear advantage for Mercedes in relation to Alpine, since the Anglo-German team adds 38 points to only 16 for its opponent, the truth is that the lower reliability of the formation of Fernando Alonso and Esteban Ocon has been a drag.

But what does the raw performance of both teams say after the Grands Prix in Bahrain and Saudi Arabia? The truth is in qualifying conditions the forces of both teams are more equalWell, both Mercedes and Alpine have put their cars in Q3 in three of the four opportunities they have had.

“We are going to try very hard to try to compete with them, but it seems that they have a better car”

In addition, the middle position on the grid is similar, with a slight advantage for Alpine. All this despite the fact that Mercedes has around three tenths ahead over the Enstone team in pure one-lap performance.

Index hide
1 Mercedes hopes to prevail
2 room to experiment
2.1 The FIA ​​trick that takes its toll on Alpine and Alonso

Based on the results seen so far, Mercedes has some advantage over Alpine and hopes to maintain it, as admitted Andrew Shovlindirector of engineering at Mercedes.

“We are aware that there is a difference in performance compared to the front and, in fact, in Jeddah it was greater than in Bahrain. However, it seems that behind us there is a margin with respect to the middle zone»begins by saying the British engineer.

“For example with Alpine F1, which is something that allows us a little time to be able to experiment weekends and look for solutions to improve the performance of the single-seater”, he explains.

For his part, Otmar Szafnauer also considers that Mercedes has a slight advantage, especially on Sundays. «In race pace they are clearly ahead of us. Maybe they had some problems in qualifying. We are going to try very hard to try to compete with them, but today it seems that they have a better racing car than us.

Read:  The 2023 Porsche Panamera Facelift is spotted with new details

Despite everything, the Alpine director believes that Mercedes will serve as motivation for his team, since he does not consider it unattainable. “It’s a carrot, it’s a carrot that encourages us to keep pushing. It will take us a few races to assess where we are in the pecking order and then it will be a development race.”

In Saudi Arabia, Lewis Hamilton experimented with the set-up of the Mercedes W13, but things did not end well. after being eliminated in Q1the seven-time champion could not help but finish tenth in the race, being widely surpassed by George Russell and the Alpines.

The FIA ​​trick that takes its toll on Alpine and Alonso

“We don’t really understand the car yet, we’ve only done two races. so always we are exploring new set-up configurations for Lewistrying to find a solution”, explains Shovlin in this regard.

“But fundamentally the problem right now is that the car is not fast enough and if we don’t get the key soon, we will have to continue taking those risks, “he concludes. Will Alpine know how to take advantage of it?

A player creates a giant tetris in Minecraft