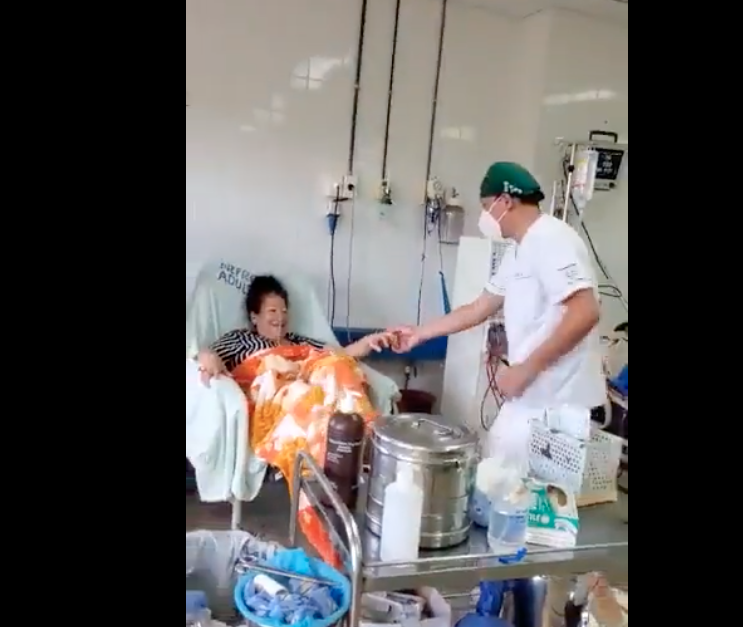 Thousands of users on Facebook have been extremely captivated by seeing a nurse who dances cumbias with his patients to lift their spirits.

It is an incredible and kind action which exceeds the limits and has made him the most beloved of social networks.

Index hide
1 VIDEO:
1.1 Hernán León, the nurse who dances cumbias
2 The impact of Latin rhythms on health
2.1 ABOUT THE STUDY
2.2 WHY IS DANCING EFFECTIVE?

🎶🩺🏥👏#Viral A nurse dances cumbia to brighten the day of patients who are in the hospital. Everyone gets a smile.
📹 Courtesy pic.twitter.com/nOrr5MexWw

Despite how cold and sad a hospital environment can look, the medical body has learned over the years to implement measures that help patients have less stressful days during their stay.

However, there are those who decide to go further. As is the case with Hernán León, a nurse who does his best every day to get a smile out of the patients he has to attend to within San Lorenzo Clinics.

The impact of Latin rhythms on health

However, this is not a coincidence, since it is known that dancing salsa, bachata, merengue and cha cha cha could be part of the prescription for a healthy old age. This is suggested by researchers from the University of Illinois (UIC), who studied the effect of dancing latin music in elderly people.

Read:  How to offer an effective telemedicine consultation to your patients?

Latin dance is a physical activity that, in addition to being fun, can help prevent diseases heart disease, type 2 diabetes, stroke, and other complications of old age, such as dementia.

In turn, it serves to improve balance and reduce stress.

The study presented by Márquez and his team at the Scientific Sessions on Epidemiology/Lifestyle 2016 of the American Heart Associationfocuses on a group of 54 Latinos around 65 years old, mostly Mexican women. The researchers randomly selected 54 participants from different community centers in Chicago, and divided them into two groups. For four months, one group attended Latin dance classes twice a week, while the other only attended health education classes.

Participants also completed a questionnaire: those who danced for four months reported doing more physical activity weekl (168 minutes more than before they started dancing), while those who didn’t take dance classes said they only got about six more minutes of exercise a week.

WHY IS DANCING EFFECTIVE?