Lotto.com is Expanding: Havas is its first creative agency 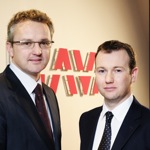 Intending to launch its first-ever brand campaign, lotto.com has chosen Havas as its first creative agency.

The digital lottery ticket platform recently expanded into other states, including New York, Texas, and Colorado, demonstrating its business objective.

There are initiatives to enhance Lotto.com’s audience. It has, therefore, teamed with Havas to boost its reputation in the US.

After winning what it called a ‘competitive pitch process,’ Havas will now be in charge of increasing Lotto.com’s visibility in several states.

Lotto.com is the only online lottery ticket ordering service that doesn’t require you to download an app or make a deposit.

Lotto.com is rapidly gaining new customers across the US, according to Tim Maleeny, president of Havas New York and chief strategy officer for Havas North America. The company began as a licensed lottery courier in New Jersey and recently announced the expansion of its operations to New York, Texas, and Colorado.

“We are honored to represent them as their agency of record and to promote their brand while they revolutionize the market,” Maleeny said.

Players can order lottery tickets and view results anytime, day or night, thanks to Lotto.com. Therefore, Havas developed the brand platform “Welcome to WINever”. The platform would “creatively highlights how every moment can have the power to change a life with just a few taps on a phone, tablet, laptop, or desktop computer.”

Lotto.com becomes the catalyst to transform the ordinary into the prospect of millions of dollars. “Welcome to WINever” campaign flips the script giving the winners a chance to experience what would otherwise seem strange. It is influenced by commonplace circumstances in which most people prefer to engage in significantly more intriguing activities. Any moment becomes instantly unforgettable in the Lotto.com realm, where there are mad cats, dancing corpses, and a perplexed flamingo.

The fun continues in out-of-home and online with location-specific, headline-driven executions. They remind office workers they can “win between taking this offline and circulating back.” and train riders to “win between your ex’s place and your next’s place.”

Thomas Metzger, CEO of Lotto.com, says, “We all know the excitement of having a ticket for that week’s big game and allowing yourself to get lost in all the things you would do and purchase if you won.”

Contract Between Havas and Lotto.com

The Lotto.com framework assists in reaching new lottery players. They are to generate additional funds for state lotteries and the beneficiaries they support. That’s due to the ongoing increase in online and mobile transactions nationwide.

By reaching new lottery players, the Lotto.com framework assists in generating additional funds for state lotteries and their support beneficiaries. This is due to the ongoing increase in online and mobile transactions nationwide.

Lotto.com is changing the business. Dan Lucey, the chief creative officer of Havas New York, said, “We are eager to be a part of it. We are putting a conventional, old-fashioned practice on show in a brand-new, contemporary approach. Our innovative advertising demonstrates that Lotto.com is unlike any other platform on the market.”