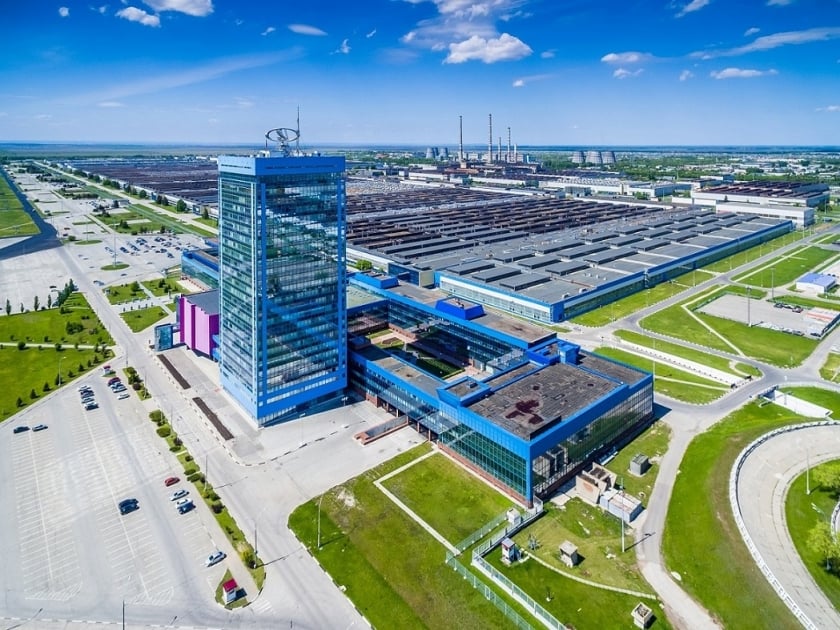 Lada, the brand of the Russian manufacturer AvtoVAZ, boasts of having returned to pre-crisis levels, although going into sales detail they are not to shoot rockets. Since the invasion of Ukraine began, AvtoVAZ is one of the few manufacturers operating in Russia.

The press release starts well: «AvtoVAZ returns to pre-crisis sales levels in August of Granta and Niva models». And this happens because Lada has managed to place on the Russian market in August 18,087 unitsadding passenger cars and light commercial vehicles, being a figure 75.2% higher than that of last July.

Of lada granta, which is produced much more simply than in 2021 due to international sanctions, 11,580 units were sold. It is a significant figure, considering that in July only 3,305 were sold, and that from January to July there were 23,387 units.

These figures improve those of July by 77% and those of August 2021 by 131%. The manufacturer explained that last year they had frequent parts supply problems and that the production lines had to stop frequently. The average sales of this model in 2021 was just 9,286 units per month. From that point of view, last August was a good month.

Production of the Lada Granta Classic with fewer components

Another one that has risen relatively is the Lada Niva Legend, with 1,782 units last month. Regarding the volume of July (881 units) it represents an increase of 185%, and if we make the year-on-year comparison with August 2021, sales have increased by 17%. This model was also affected by component problems.

From January to July, 12,231 Lada Niva had been sold, so the figures already go for 14,013 units of the SUV. Now the Granta and Niva models make up the bulk of the brand’s volume in passenger cars, while last year five models were produced.

AvtoVAZ considers positive that the sales of these two models have almost reached the level of 2021, so in the annual accumulated they continue to have a drop. Each positive figure has to be announced as a wingiven that Lada has had to go back a few years technologically even though the packaging is more modern.

Part of the sales data is explained by the facilities that the Kremlin is putting so that registrations do not sink even more. Let us remember that in July the Russian market fell by 75% (cars and light VI), while in August it also fell considerably, 62% less.

In fact, the Niva Travel, Niva Legend and Granta manufactured after June 1 have a state aid for financing with discounts of 20-25% depending on the area. The beneficiaries are families with a minor child, health workers, teachers and drivers who buy their first car, or who scrap one that is over six years old and has been theirs for a year. These grants will last until December 1.

In Russia, practically all of the production that depended on Western manufacturers has ended due to logistics problems and international sanctions. In addition to AvtoVAZ, the Moscow factory that belonged to Renault was practically expropriated (in exchange for a ruble).

Now AvtoVAZ has an overwhelming market share. The lack of appearances has made it take 43.4% of the Russian market in August, while last year it only had a 17.5% share in the same month.

Some Chinese brands are taking advantage of the situation, as is the case with Havalwhich has increased its sales by 26% and took 7.5% of the Russian market (in 2021 it had 2.1%), as well as Geelyalthough its sales have fallen by 8.1%, it already has a respectable share, 4.8%.

The Russian authorities try to give good economic figures, the bad ones have stopped being communicated or are being made up, to avoid evidence of the impact of the sanctions on its economy. The drop in August, which was 62%, is the softest since the invasion began. The Russian market is sunkenwhen only 10 years ago it promised a lot.