Karely Ruiz explains to Adela Micha how to monetize on OnlyFans 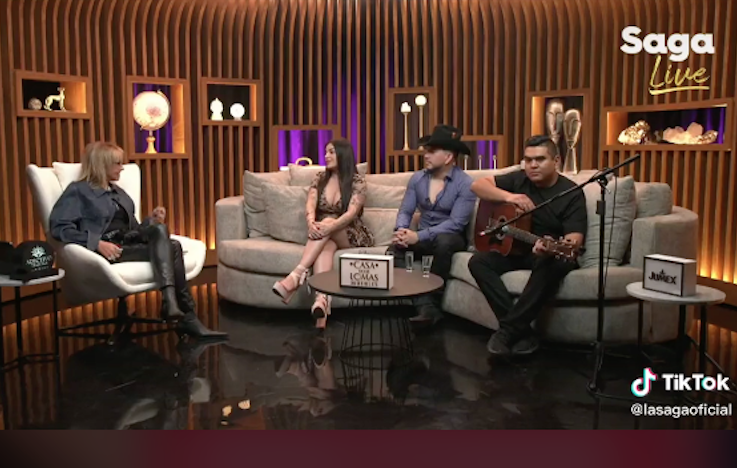 Interviewed by Adela Micha in her program “La Saga”, Karely Ruiz revealed how and how much she monetizes on the OnlyFans platform.

since a few days, the name of Karely Ruiz has been in the conversations of the digital pulseafter he revealed some information about the influencer “Flabby” Marquez.

Now, it is not only for this reason that she has become famous, because, in reality, she is one of the most popular OnlyFans models today, at least in Mexico.

Nowadays, OnlyFans has positioned itself as one of the main content platforms for those who are looking to generate income or extra earnings. In fact, much of its success is due to the arrival of the pandemic.

After the health emergency, OnlyFans, from having some 300 thousand registered content creators, it grew to 1.5 million in 2020a fact that speaks of the importance of this site as an ideal space for creators in various parts of the world.

In addition, according to official figures, in the middle of last year the site generated revenues of up to five billion dollars and a large community of creators that remains active.

From this perspective, although it is true that OnlyFans has earned the fame of being a site for sharing explicit or pornographic content, it should be noted that, since its inception, it was also presented as a space for entrepreneurs.

During an interview on the “La Saga” program, hosted by Adela Micha, Karely Ruiz, one of the most active creators in onlyfansexplained how it works and how it monetizes on said platform.

“I already have two years in OnlyFans. It’s like Instagram, you upload photos and people pay a subscription per month. I charge 16 dollars, although the most expensive that is charged is 32 or 35 dollars. I charged 30, but many people do think about whether or not to pay 30 dollars. Right now I charge less, but I have more people”said the model.

Regarding the contents, Karely Ruiz assures that “there is everything. OnlyFans, more than anything, is to upload explicit content, but there is other content”.

ONLYFANS: ‘The new treasure chest’ ”You can upload anything”: Karely Ruiz explains how she has achieved her success in ONLYFANS. ?#SagaLive #adelamicha @karelyruizofc1 #karelyruiz #baby

Today, the digital market has a wide variety of platforms ready to satisfy a growing demand. And it is that, in reality, today there is a significant number of content creators around the world.

In accordance with “Creator Report”, a report produced by Linktreearound the world there are more than 200 million content creators, each with their respective initiatives to conquer the digital consumer, who “use their influence, creativity or skills to add and monetize their audience”.

Thus, we are talking about a scenario that is perhaps unbeatable for those who wish to dedicate themselves to such work, taking advantage of the fact that, today, the digital community continues to grow constantly.