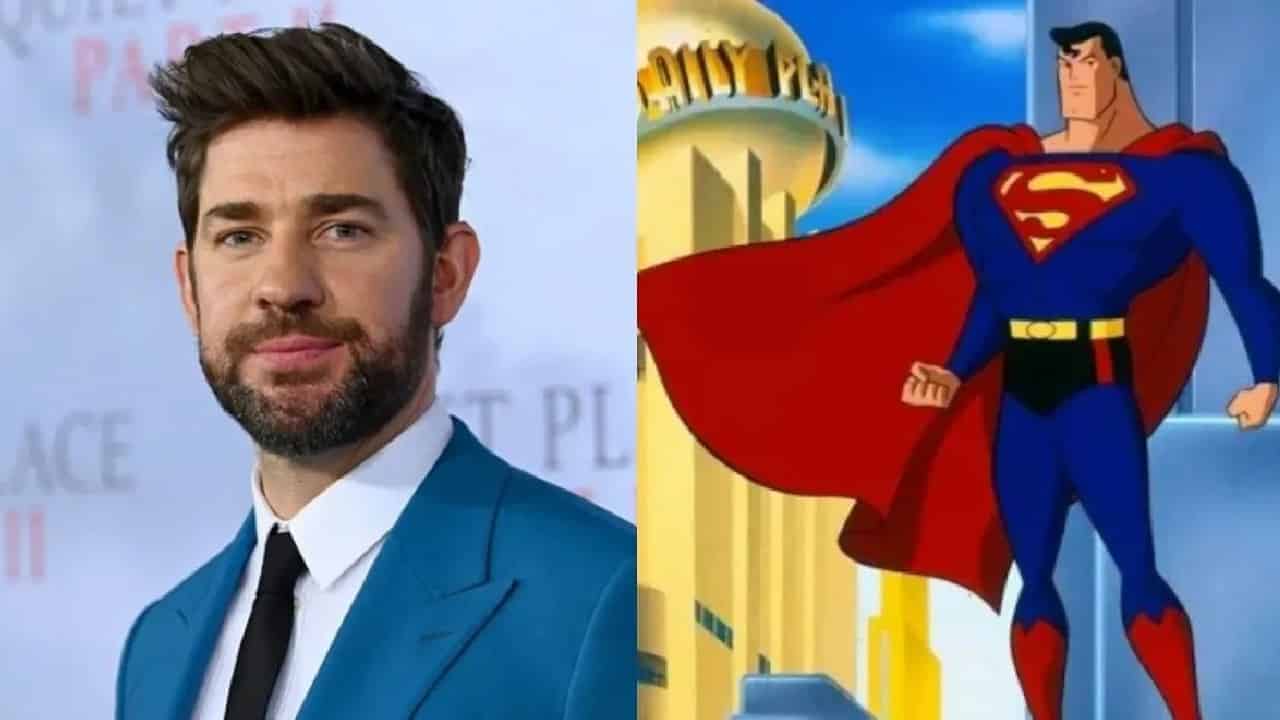 Facebook
Twitter
Pinterest
WhatsApp
Index hide
1 John Krasinski will don the famous Superman cape and well-fitted suit. The actor will be part of a new DC movie, where he will play the famous superhero.
1.1 A new animated movie from DC Comics
1.2 You can see the trailer below

John Krasinski will don the famous Superman cape and well-fitted suit. The actor will be part of a new DC movie, where he will play the famous superhero.

Perhaps John Krasinski did not become Captain America, nor did he have the opportunity to join the Fantastic Four; but he can become Superman for a long time. The star of The Office and creative mind behind A Quiet Place, will step into the shoes of the famous superhero for a new animated film prepared by the studio. This is DC League of Super-Pets, which will tell a funny story and is starred by important Hollywood celebrities.

«I always wanted to make a movie of friends with [The Rock]», John Krasinski tweeted to accompany an image of Krypto and Superman flying side by side. Well, these are the roles we were born for! (FYI… DJ is the one with the tongue) ». In this way, the actor confirmed his participation in DC League of Super-Pets. Several months ago, the interpreter had been chosen along with other celebrities to be part of the animated film. However, their roles were kept secret and pure mystery. In addition to him, Kate McKinnon, Vanessa Bayer, Natasha Lyonne, Diego Luna and Keanu Reeves were also joined.

Always wanted to do a buddy movie with @TheRock . Well, these are the roles we were born to play! (FYI… DJ’s the one with the tongue) @DCSuperPets !! pic.twitter.com/eu6IVJXdd4

DC League of Super-Pets stars the mascots of DC Comics superheroes. In this way, viewers will meet a gang that is dedicated to fighting crime while its owners, Superman (John Krasinski), Batman, Aquaman, Green Lantern and Wonder Woman, are on vacation. This Warner Bros. Animation film is a big screen adaptation of the television series Super-Pets from the Cartoon Network children’s channel. It was announced in 2018, and featured Jared Stern in the role of director and screenwriter.

The team is made up of the tortoise Merton (Natasha Lyonne), the sow PB (Vanessa Bayer), the squirrel Chip (Diego Luna), Krypto (Dwayne Johnson) and Ace (Kevin Hart). “It is fun”, producer Hiram Garcia said in August. “As a Superman fan and great dog lover, having the ability to tell the story of Kripto and Superman is a dream come true. It’s such a lovely story, and we can also introduce the League of Super-Pets and all those wonderful characters. We have an incredible cast of actors, and every time you can get Dwayne Johnson and Kevin Hart to do what they do together, you know it’s going to be a great fun ride for the audience. “

You can see the trailer below