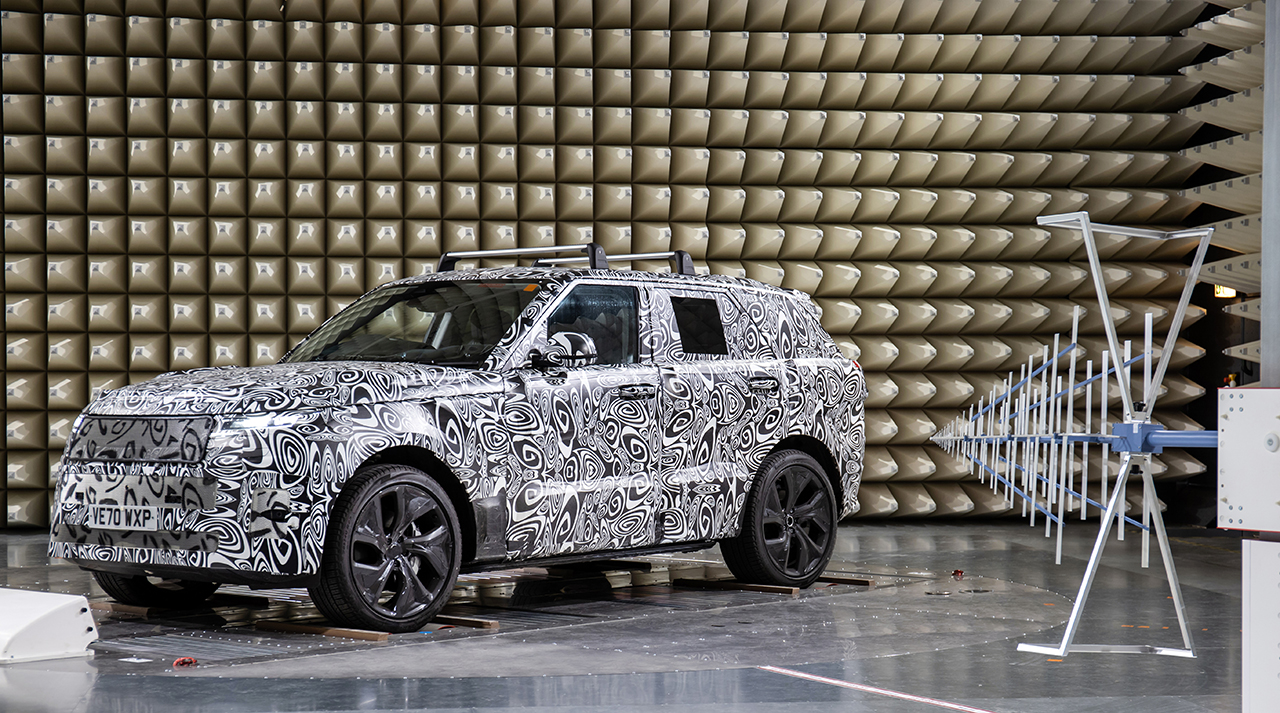 The advanced technology that is incorporated into the new generation of cars poses a major problem for brands: the generation of electromagnetic fields. The new Range Rover Sport has been designed to prevent its powerful electronics from creating interference, a step towards safer electric cars.

New cars can boast of a high dose of on-board technology, something that I really like to customers but that can be a major problem and real headaches that, in most workshops and official services, they will be unable to solve. The problem? The huge amount of sensors, cameras and electronic systems generate a series of electromagnetic fields that, in the case of interfering with each other, they can end up suffering problems.

Much more serious in the case of electric cars, and when advanced autonomous driving technologies are added. In jaguar land rover are solving this issue, taking into account the transition to zero emission cars that will populate the feline range and that of off-roaders and SUVs in the future. The consortium already has a new special facility for avoid electronic interferenceand the first model to have this advanced technology is the new Range Rover Sport.

Interferences, key in the stability of electronic equipment

The aim of the researchers is avoid the generation of interference from different systemstrying to ensure that there is electromagnetic compatibility between the electrical and electronic networks and the different on-board systems, in addition to each one works in its environment and does not interfere in other fields. For this purpose, the consortium of British brands has a powerful laboratory with anechoic chambers, equipped with special insulators that can absorb sound or electromagnetic waves.

Read:  Medical technology, how does it achieve the detection of liver diseases?

In them it is possible to verify the operation and the generation of the interferences produced on board all kinds of vehicles, including electric ones, and in which the operation of the batteries, of the propelling electric motors themselves, the different driving assistants and even mobile data networks -4G and 5G- in addition to WiFithose of the GPS antennas or Bluetooth.

Jaguar Land Rover sources explain that “The importance of testing our vehicles for electromagnetic compatibility cannot be underestimated. With the rapidly growing range of electric-powered vehicles and an ever-increasing range of cloud-based and digital services in vehicles, from over-the-air software updates to autonomous technologies, EMC testing is of crucial importance to quality, legal compliance and customer satisfaction.